Homepage Practical magic Casting black spells for revenge on those who are stronger than you
25.04.2016
By: Spellcaster Maxim
Esoteric, astrologer, writer

Hexing a person is easy. You just need to think about this person while angry or wish ill on him, and this person will be taken ill with a minor energy disease causing cold-like symptoms. 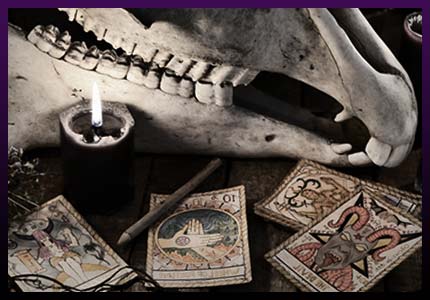 To ensure that your spells for revenge work, you need to:


However, this is not enough to ensure you get your black magic revenge

A wide array of factors needs to be taken into consideration or your black spells for revenge will fail to penetrate the victim’s energy shell. If so, they will come back to you like a rubber ball bouncing back after hitting a concrete wall. If so, your revenge spells will hit you hard. You will end up with your own spells for revenge on yourself and suffer the same hardships that you wished on your enemy.

I, spellcaster Maxim, have titled this article “Casting black spells for revenge on those you are stronger than you.” However, this does not mean black magic spells for revenge cannot harm only strong people. Remember that people can protect themselves from black magic revenge regardless of their karma, energy and mental levels. Keep that in mind to not be a fool swinging your sword and cutting yourself instead of your enemy.

People warding off spells for revenge include:

PEOPLE WITH HIGH ENERGY LEVELS (as indicated in the title). These people are like sorcerers. The word “magic” initially meant inter strength. Magic has nothing to do with tricks or hypnosis. The higher your energy levels, the easier it is for you to influence the world and people around you. Naturally, the majority of these people do not take advantage of their abilities, however they can easily influence their state and fate. Besides, they ward off black magic spells for revenge cast by inexperienced spellcasters. 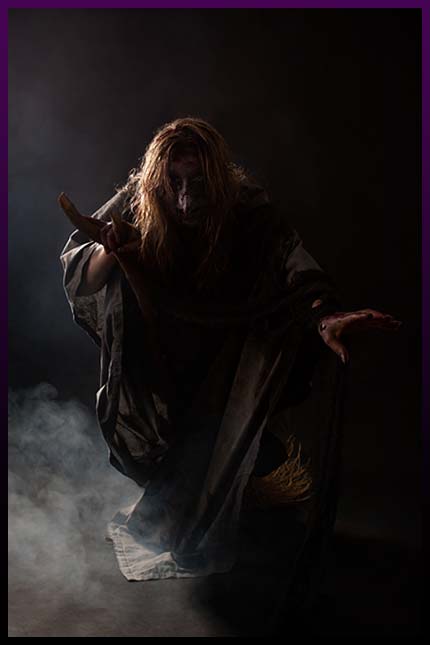 PEOPLE UNDER SPECIAL PROTECTION. The second category of people warding off black magic spells for revenge cast by inexperienced spellcasters includes people under special magic protection. Below are some types of this magic protection for you to better understand what I, spellcaster Maxim, am talking about:

Magic protection – an energy shield created with special rituals. It surrounds people like a cocoon resistant to all kinds of negative energy.

The protection of the dead – people are protected by their late parents, friends or relatives who have stayed within our dimension in order to help the alive. As a rule, they devour the better part of the energies of black magic spells for revenge instead of repelling them. However, this does not make them any less dangerous. The spirits of the dead are able to locate the person trying to get black magic revenge and feed on this person’s energies for many years to come. Energy vampirism causes rather severer damage, too.

Signs of a person under special protection. While talking to this person, you feel some invisible wall separating you from this person. These people are often described as “from a different world.” People under special protection do seem like from a different world. This happens because we perceive their energies in a permanent state. This protection acts like a barrier maintaining their energy levels by preventing them from discharging too much energy.

PEOPLE PROTECTED BY THEIR KARMA. I have united these people into a group because this is the only way to explain to you why they are not afraid of black spells for revenge. According to some disciplines, we have lived more than one life building positive or negative karmas. If your karma is negative, you start facing different problems early in life: you are born to a disadvantaged family; you grow up in poverty or with cruel parents; you look unattractive and have poor health, etc.

When your karma is positive, you live a completely different life. You seem to be lucky from the day you were born and stay so until you die. However, usually people spoil their positive karmas by their 40s. This is when diseases, ill luck and poverty start filling their lives. If your karma stays positive, it can protect your from spells for revenge sending them back to the spellcasters.

Occasionally, when your karma is getting spoilt and someone is trying to get his black magic revenge on you, your karma may fail to repel the black magic spells for revenge. In that case, the spells will be waiting for your karma to grow weak to attack you when you are least protected.

Signs of a person protected by his karma. These people are unbelievably lucky. They face occasional problems which they resolve quickly for which they seem to be compensated later by the universe itself. Their wishes come true, provided they will not do any harm to them in the future.

This is no surprise that these people are extremely optimistic. They are not used to problems and disappointments like others and they have what to be happy about and what to thank the universe for.


The only way to use black magic spells for revenge safely is to order them from a powerful spellcaster like me practicing safe magic. In that case, you will be able to punish your enemy and avoid the consequences of black magic revenge.