Casting revenge spells and how this may affect your future

Homepage Practical magic Casting revenge spells and how this may affect your future
07.07.2016
By: Spellcaster Maxim
Esoteric, astrologer, writer

My loyal readers know that I, spellcaster Maxim, am rather skeptical or indifferent to the majority of modern religions. However, there are some religious dogmas that I cannot help commenting on. according to one of them, “what you do not wish for yourself, do not do to others.” As you know, no matter how much you hate yourself, you will never wish ill on yourself. 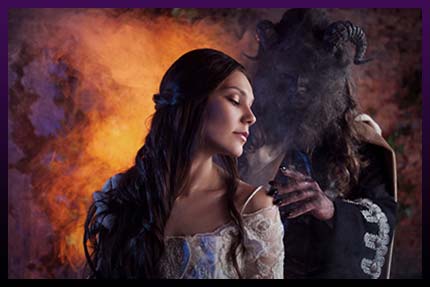 We will discuss self-cursing in detail in my future articles. In the meantime, I would like to tell you what happens to those casting revenge spells on their own.

1.Even if you cast easy revenge spells, you are spoiling your karma

Your karmic debts drive away your happiness, good luck, money, love, and your opportunity to reach your full potential. Good things happen to us when our karma is positive or neutral. Otherwise, no matter what happens to us, even if it is something good, we get disappointed and suffer.

2. By casting simple revenge spells, you spoil your energy

Black magic (casting revenge spells is part of black magic even if your revenge spells are cast only in your mind) is called black because it stains the energies of the one practicing it. Every time you think poorly of someone or wish ill on someone, you blacken your energies. This means positive events will be pushed away from you and it is not good at all.

3. Dark energy resulted from your attempts to cast simple revenge spells attracts hellish entities. They have no interest in you so leave that bullshit about “selling your soul” to fiction authors. They are interested in your negative energy. This is why they will do everything they can to cause you to see the worst in people, wish others ill, try to punish them by casting revenge spells, and thus accumulate even more dark energy.

This is dangerous because, as a rule, severe diseases, injuries, accidents, losses, loneliness, mental disorders or suicides result from an excess of negative energy in people’s subtle bodies. It all starts when a person decides to cast easy revenge spells on his own.

Or simply fantasizes about punishing someone with simple revenge spells 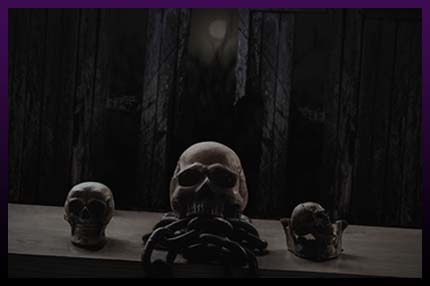 However, your guardian angel may be the reason of your problems, too. Knowing that your actions may blacken your karma, your guardian angel redirects your spells at you. Yes, he knows this will make you suffer. Yet he will do that in hope that you will cleanse yourself through suffering, that your suffering will make you a better person, and you will never attempt to curse anyone again.

6. The one who you are going to put your simple revenge spells on may have good karma. For example, he hurt your feelings not because he wanted to but to make you repay one of your past karmic debts. Perhaps, he was used by the Higher Powers without knowing it. Often it so happens that the bad guy is not your enemy but you, meaning the Higher Powers see your hurt feelings as your well-deserved punishment. By casting easy revenge spells, you will ruin your reputation in the eyes of the Higher Powers. As a result, the Higher Powers will consider you as the one who does not deserve not only help but even forgiveness.

If you put a spell on a person with good karma or someone through whom the Higher Powers punished you taught you a lesson, the spell will influence you instead of its initial target.

7. A person can be protected from revenge magic spells with love

It does not matter who loves you – your mother, child, sister, wife, friend, or stranger. Love acts as a strong protection shield which can repel any curse, no matter how powerful it is. A spellcaster can weaken it or destroy it leaving the person extremely vulnerable. Until then, you cannot influence this person with your spells.

8. As for you, do not forget that people practicing magic without having the required skills and knowledge may run out of their energy. Losing energy means becoming vulnerable. It is like entering a fire without a fire proximity suit or entering cold water without a wet suit for staying warm. The consequences may be fatal. When you have no energy left, you may die or go crazy.

The only way for you to protect yourself is to have even the most simple revenge spells cast by a professional spellcaster. Your spellcaster’s professionalism, responsibility, experience and focus on your safety can enable you to get your revenge without getting hurt.