Most people think casting black magic revenge spells takes a lot of training, knowledge and experience. However, as a spellcaster healing the victims of black magic for many years, I know that every second victim gets hurt not because of some professional spellcasters but because of other people’s mean thoughts and wishes.

However, even more people get hurt because of their meanness, foolishness, envy, or lack of self-control.

Below are some of the ways how you can put revenge spells black magic on yourself: 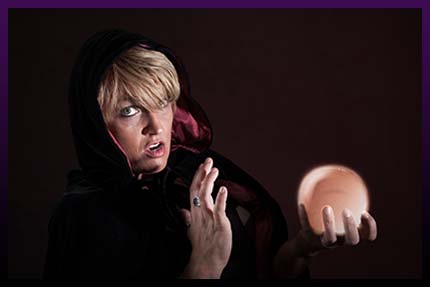 You can put revenge spells black magic on yourself by trying to tell the fortune of the one wearing a protection talisman, or by performing a ritual (including white magic and love ones) to influence people protected by Higher Powers. Let me tell you about it in more detail.

As you know, people are protected by their positive karma accumulated from previous lives until they reach a certain age which is different for everyone. It means when a baby is born, Higher Powers decide until what age the baby will be protected against all kinds of negative energy. Thus, this person can do mean things and even commit some minor crimes without being punished until the time comes for them to be taught a lesson, suffer, fear and repent.  Higher Powers (in other words, people’s positive karma accumulated from previous lives) protect them from punishment and retribution.

What do you think will happen if you cast one of the black magic revenge spells on such a person?

You do not have to be a professional magic practitioner to understand the spell will fail returning to its initial creator. Even if your revenge is fair and that person deserves to be punished, Higher Powers will keep their end of the bargain and will not let you hurt their protégé.

However, at some point positive karma expires. This is when the time comes for people to pay for what they have done. Until then, they are invulnerable, no matter what you do.

Karmas have different expiration dates. In some people, it expires when they turn six, while others may still be under its protection even when they are in their fifties. Only experienced spellcasters can know for sure whether or not your enemy is protected against revenge spells black magic and keep you from performing magic rituals and getting hurt.

Another group of people protected from black magic revenge spells are elderly people. Inexperienced spellcasters tend to believe such people are easy to influence with magic because of their low energy levels and worn-out willpower. In my experience, it is not true.

Well, some of the elderly have indeed given up fighting and no longer have a will to live. Such people are extremely vulnerable, getting in trouble every time someone thinks something bad about them. However, people learn who they are with years. As a result, a lot of elderly people feel and can control their energies (they are like magic practitioners) repelling all revenge spells black magic cast on them. If they want, they can turn the spells into a weapon and strike you back.

When you practice black magic, you need to take into consideration not only the target’s age and energy levels, but also your age and karma. Even though karma is not a part of our today’s conversation, about 40% of people are not allowed to use magic, read books about magic and even keep magic accessories at home because of their karma.

According to a set of rules defining the terms for learning the lessons of life, such people have to reach their goals by themselves, without using magic. They get punished for breaking this rule (they may develop diseases, get in an accident, lose their family, or be disconnected from money energies). 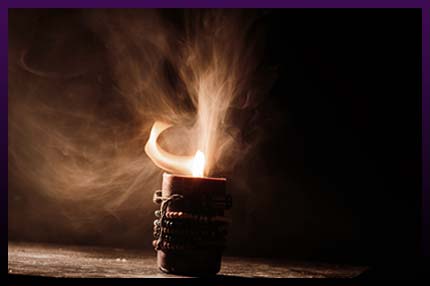 Such people get punished the moment they start performing a magic ritual!

Speaking of the connection between the use of magic and the age of the magic practitioner, there are two groups of people who must not practice magic: people under 30 (their energy levels are not high enough yet) and people over 60 (their energy levels are too low). Magic is very dangerous for them and fraught with serious consequences, such as diseases, mental disorders, poverty, ill luck, loneliness, disability, and even death.

To use magic, no matter the reason, you have to know how to control energies and protect yourself. Young people and people in an advanced age normally cannot do that, which is why practicing magic is associated with multiple risks for them.

What should they do if they need to use one of the revenge spells black magic?

Of course, they should find a powerful spellcaster. Powerful spellcasters will advise you on the advantages and disadvantages of using each kind of spell, the consequences, and the methods to protect yourself. Most importantly, your spell will be cast by a professional magic practitioner possessing extensive knowledge and energy reserves and thus ensuring that you get exactly what you want.

Only a professional spellcaster can provide you the following services: He may say you must not use revenge magic against your enemies at the moment, which does not mean they will not have to pay for what they have done. The spellcaster will offer you another kind of magic to make them pay in a year or several years. Your enemies will live their life confident they have managed to get away with the evil they have done, with your revenge hanging over their heads. When the time comes, your revenge will hit your enemies making them pay for everything they have done.

Do not hesitate to contact me if you have any questions and would like to work with me.