This spell has its roots back in the Middle Ages. It sends “devils” or small magical servants.

Although in Latin they’re called dcvoralor (dcvourcr) – predator and seduclor (yediiccr) – devil, they are not actual independent creatures. They are just materialized  wishes of a sorcerer, shimmering of the magical fire, created by the imagination and sent to fulfill certain tasks. In our case, they’re sent to remove a love spell. 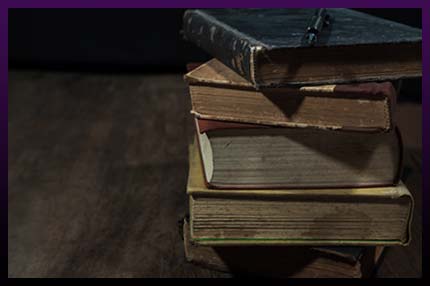 When the moon is waning, take photos of all you’ve been in love with, enter the imaginary circle. Write down corresponding names on each photo using a pen and ink. Give them names using water and fire the way you did putting a spell on the pentagram, show them to the north, south, east and west, thus clearly identifying the photos in your magical imagination with their originals.

Glue the photos’ back to back. Go to the south side of your altar table, facing the north. Put some sulfuric power or asafeiida gum on the burning coals of the incesory. Hold the photos in your right hand over the stinky smoke and touch them with a knife, holding it in your left hand.  Sing the spell. When yoy pronounce each of the eight names, imagine a lightning of magical energy sticking the photos from your magical weapon.

You, who sow discord, where’re you?

You, who inspire hatred and sow enmity!

I send, conjure and order

You with the dark child and her horned spouse,

As the face on one photo is turned away from the face of the other,

Let the face (X) be turned away from the face (Y) (names of the victims).”

When you turn the photos away from each other while gluing them together, you sould visualize and actually see their quarrels and problems. It can’t be otherwise! You should be absolutely sure about it.

Then dig the photos into the ground and leave them there for 24 hours. Dig them out the following night, singing quietly, 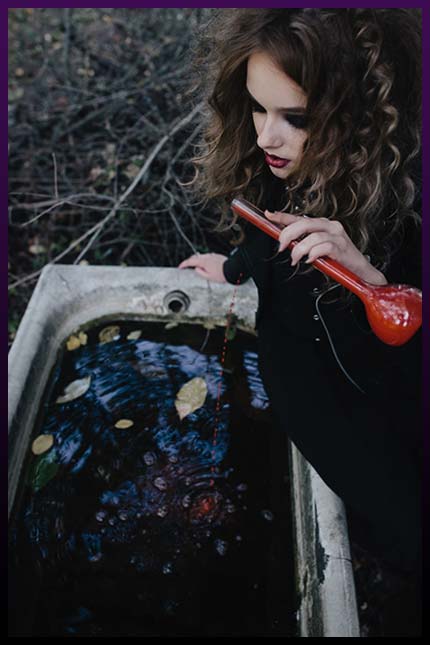 You, who sow discord, where’re you?

You, who inspire hatred and sow enmity!

I send, conjure and order

You with the dark child and her horned spouse,

Do what you’re ordered to.

Cross it three times with your left hand. To complete the spell, you should make sure that the photos get to their victims. I recommend putting it under the cover of a book and giving it to the victim as a present. Or you can put it under the false bottom of a box with, let’s say, candies. Or you can just bury it near the front door. That way, it’ll work, too.

Envoltovation is one of the darkest and most powerful black magic operations. It is “The Great Hex” or “The Operation of Great Witchcraft.”

To achieve the aim, the spell uses all magical tricks: repetition, calling up the devil or spirits, identification with the object, the energy object, iron energy, labdanum of rage or punishment, Mars square, destructive herbs and magical candle! It’s rather complicated and should be applied to only when all other spells bring no results.