A SPELL TO REMOVE ANY WITCHCRAFT, HEX AND CHRONIC FATIGUE SYNDROM

A spell to remove any witchcraft, hex and chronic fatigue syndrome is put on Wednesday, after sunset, when the moon is waning (the best time is from 7 p.m. till 9 p.m.). In summer, the ritual can be performed later. Fumigate the room with wormwoom, put white candles (over 20). The candles can be of different size but their number must be odd. Put bunches of herbs in the corners. Use wild flowers, except bluebells. Clover and milfoil are great for it, as well as tree flowers (oak, lime, rowan). Put the twigs on the floor around a bench (the patient will be laid on later).

The room should be warm and comfortable. Two persons participate in the ritual: a healer and a patient. The patient should start keeping the fast a week before performing the ritual (eat pumpkins, drink herbal tea, such as chamomile, St. John’s wort and milfoil tea). 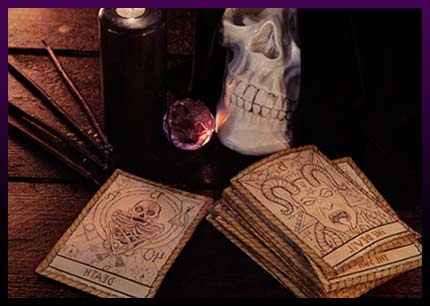 On Wednesday, in the evening, the person should take his clothes off and go to the room which has been prepared for the ritual. The healer should throw two buckets of water at him (first cool, then warm), wipe him with a white bed sheet and rub his whole body (except his head and face) with a mix made of vegetable oil, honey and some garlic (upward).

Then put this man on the bench, cover him with a white bed sheet and ask him to close his eyes. His hands should be crossed at his chest.

Then he takes the butch of rowan twigs and sweeps the patient five times, saying, “SGI SGA LAZ.”

Then he takes the butch of oak tree twigs and sweeps the patient five times, saying, “SIL SAL NAS.” After that, burn the brunches down and cover the patient with a dark coverlet. Let him lay there for at least one hour but no more than three hours. It would be great if he falls asleep. After that, the healer should take the oak and birch tree twigs, a bucket of warm water and wash the mix off the patient’s body, singing quietly, “ZGIiii – ZGAaaa.”

Then throw a bucket of cold water at him and wipe him with a white bed sheet. The patient should be quiet and do nothing. A spell to remove any witchcraft, hex and chronic fatigue syndrome shouldn’t be put in a public sauna, when other people are around. After the spell is cast, the person shouldn’t eat for three hours.

He can drink some herbal tea in one hour. He should stop drinking alcohol two weeks before performing the ritual (even liqueur candies). This spell shouldn’t be put on the 27th, 28th and 29th day of any month. It can be put once every three months. The healer and the patient should be of the same sex. The healer should wear white clothes and be wrapped in a white bed sheet.