Black magic is based on the interaction between the spell caster and Dark Powers: gods of the Dark, demons and ghosts. For centuries, black magic and black witchcraft have been the most powerful tool for a man to win power and become mighty. 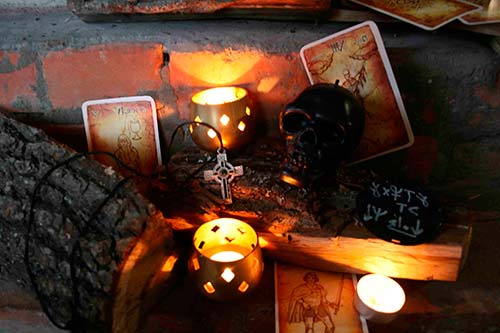 Strong black magic can be not only effective, but also safe!

Both people interested in black magic and people who believe strong black magic can fix their problems make the same mistake. They don’t understand how effective black magic actually works, and it’s not surprising. The thing is both black spellcasters and black magic websites fail to mention the most essential thing, namely the fact that, when used by amateurs, black magic can be very dangerous!

The danger of working black magic lies in the fact that performing the so called black rituals, people get in touch with dark, supernatural forces. In response to their requests, these forces appoint some dark creature to look after them and help them. The most common requests people make include recovery, getting rich, achieving peace in the family and, of course, various love-related issues.

The creature assigned to you will fulfill all of your requests. However, such services aren’t gratuitous. That’s the information the majority of professional spellcasters prefer to withhold from their clients. They just hold back the fact that in exchange for its help, the creature will take the energy of the person it’s helping, and the demands will be growing fast.

Is that what makes powerful black magic so dangerous? May be it’s better to avoid using it at all and stick to white magic rituals? If that’s how you think, than stop going to surgeons because the scalpel is an edged weapon; or stop taking medicines because overdose can be fatal; or stop driving your car because thousands of people die or get injured annually as a result of road accidents.

Actually, strong black magic can be absolutely safe, provided the rituals are cast by a professional spellcaster. That’s exactly who I am. That’s why I can guarantee that any ritual you order from me will be 100% safe. Neither you nor members of your family will have to pay for it with any amount of their energy. I undertake obligations to settle up with the dark forces energy-wise myself. You, in your turn, will have you pay to the spellcaster with money, a traditional equivalent to energy exchange between the spellcaster and his client.

Of course, you can always try to perform a ritual on your own. However, the consequences can be grave. There are a number of reasons for that including: 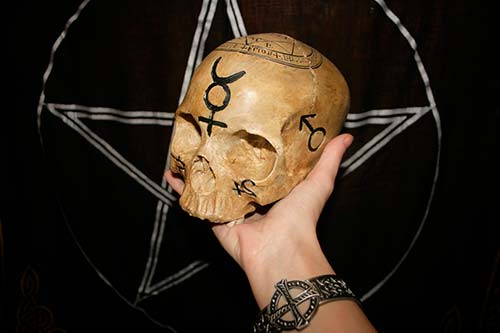 - Performing a ritual, you never know which world the creature will come from; that’s why there’s a chance that you’ll “knock” at one of the infernal worlds and get a corresponding creature;

- controlled by an experienced spellcaster (by me), the creature will never try to take control of your subtle bodies, whereas the creatures you call up surely will;

- having fulfilled its contractual obligations – having made you rich or healthy, or having helped you find love – the creature will go away, provided it’s been called up by me; otherwise, the creature will stay, causing you a lot of trouble. I can’t help telling you about it, even though I know it’ll scary you a lot.

When a black ritual is performed by an amateur, there’s a 99% chance that the spellcaster will end up with a creature from one of the infernal worlds, rather than neutral or conditionally neutral worlds. Unable to exist in our reality on its own, it instantly settles in one of your subtle bodies.  Also, it lives on negative energy only, so it does whatever it takes to make you generate it. How can it do that? By making you fall ill, suffer, long for something, or by making you a bad person. That’s why people, who owe their success to black magic, end up suffering from various diseases, insanity, alcohol or drug addiction, or loneliness. The fact that they’re destroying themselves makes them suffer, and that’s exactly what the creatures force them to do.

Luckily for you, I’m very experienced in providing this kind of protection, so I guarantee lifelong security to all of my clients. This means that ordering my services, you’ll get exactly what you want without having to pay for your new, improved life with anything but money!

You may wonder: Isn’t it better to use white magic rituals, since they’re believed to be safe per se? Well, first of all, that’s just a common belief and often white magic rituals involve the same creatures as black magic ones. Secondly, I assure you white magic is anything but simple and affordable. 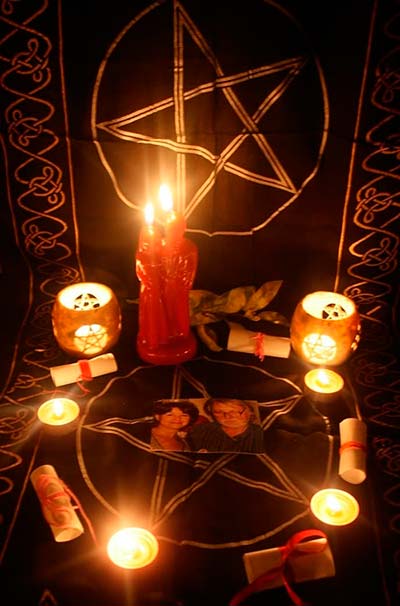 Thus, using white magic, you ask Higher Powers to change you in a way that would allow you achieve your goals. Let’s assume you want to get rich. Very rich. Letting Higher Powers know about it, you can expect this

- If you’re pure enough, Higher Powers will give you the money you want without even making you work hard for it;

- If you’re not pure enough, or if your karma doesn’t allow for it, you’re going to have to work a little harder than you do now, or be more decisive; believe me, if you’re lucky enough to get such an offer, you won’t miss it;

- Occasionally, Higher Powers eliminate all the obstacles standing in the way of the people they want to help;

- Often Higher Powers can ensure that you meet the right people who will help you make a great career or achieve business success.

Yes, this sounds good. However, don’t forget that activating the energies you need to achieve your goals can take you years or even dozens of years. What if you don’t have that much time? What if powerful black magic is the only thing that can help you? What if you’re about to lose everything you have, including your business, your home, the respect of the people surrounding you, because you’re unable to pay your debts? How long can you wait for if you or a person close to you has been diagnosed with some potentially fatal disease that needs expensive treatment immediately but not in a year or several years?

Black magic is based on the interaction between the spell caster and Dark Powers: gods of the Dark, demons and ghosts. For centuries, black magic and black witchcraft have been the most powerful tool for a man to win power and become mighty. It does not have such categories as good and evil; what is good for one person is bad for another one.  Black magic is capable of both constructive rituals intended for good and destructive ones. Black magic spells work wonders solving most complex problems a person may encounter.

Black magic has been in existence since the dawn of time. It can be found in all cultures, regardless of their traditional names and pantheons of Dark Powers. Black magic – evil curses and hexes; magic protection; love magic (love spells, break-up spells, removal of love spells); talismans, amulets and charms; business magic, etc. – can help you solve almost any problem. Black magic implies fast and powerful influence on the root of the problem people in need of real magical face.