Ancient magic spells – The best of the rituals 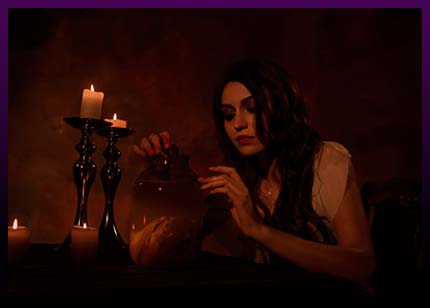 Let me warn you that many real ancient magic spells look quite exotic, so casting them may be quite challenging for people living in big cities. However, my readers often ask me how to cast an ancient spell for love. This is what I, spellcaster Maxim, will tell you about today.

Let us start with the simplest (according to many people) ritual. Sneak inside the house of the person you love and steal seven things or items of clothing. Do not steal anything valuable to avoid raising suspicion. For example, you can take a pair of socks, a cigarette butt, some food leftovers, or used tissues. Do not steal everything in one day but take a few items at a time to make it less obvious that things go missing.

When you have all the seven objects, wait for a new moon. In the evening go to a forest. As a source of light, use candles rather than a flashlight. Find an old tree and dig a hole next to it with a sharp knife. Put the objects into it along with seven objects belonging to you. To continue this extraordinary spell belonging to ancient love spells, say,

Bury the objects and walk away immediately. In about five to nine days meet the person you love. Under the influence of magic, he will develop some feelings for you too. Like I said, this is a very powerful ritual. I just did not mention there are some things which make it difficult to perform:

Other ancient love spells and rituals are not less dangerous and complicated. Many of them were cast at cemeteries. The goal was to find a wandering spirit – a ghost which for some reason does not want to or cannot leave our reality. This ghost was enslaved and commanded to take possession of the target’s mind and make the target “love”. I used quotes for a reason. I strongly believe that the word “love” as it is generally understood may not be applied to this type of ancient love spell. It is madness rather than love, because people are enslaved and no longer able to control their feelings and thoughts.

Before casting any love spells, find an article on my website titled “spellcaster Maxim who knows how to cast ancient love spells”

Why ancient love spells do not work 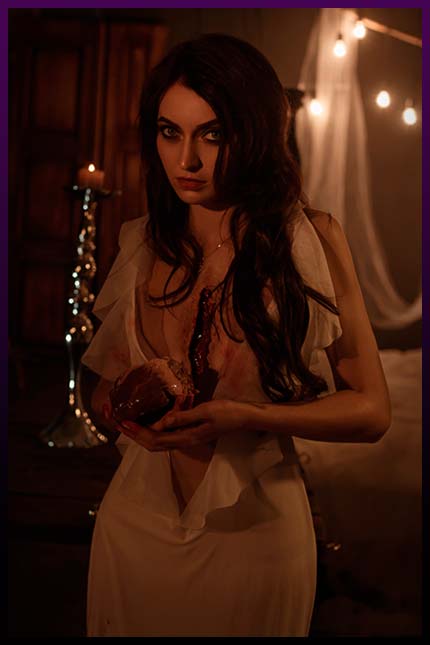 Unfortunately, many of ancient love spells do not work in the modern world. There are many reasons for it, but I will tell you about the major ones hoping you will understand the algorithm why some love spells work and others fail, and apply it to other rituals.

They cannot help anyone because people no longer pray to and worship ancient gods. As result, these gods have either sunk into oblivion, moved to other realities, or are in a state of mental anabiosis. Asking such gods for help is the same as trying to get through to someone who has turned their phone off. You can call this person all you want but they will never answer your call. So do the ancient Greek gods. They are unavailable.

Ancient Egyptian love spells – surprisingly, some Egyptian gods have managed to survive to the present. This is mostly due to the tarot cards which have always been quite popular and are working with ancient Egyptian artifacts feeding off their energy and preventing them from sinking into oblivion as well. However, this creates a big problem. It is very difficult to cast spells by performing Egyptian rituals or using ancient Egyptian artifacts belonging to the Izida and Osiris cult. It is usually impossible. Fortunately, a variety of love spells can be cast with tarot cards. I will tell you about one of such spells right now.

To cast an old ancient love spell, take a tarot deck which you have used at least a hundred times before to tell your own fortune and which is at least one year old. Find a Queen to represent the female client and a King to represent the man. If the client and her loved one are young people, use two Jacks. Put the cards together face to face. Put five cards in between describing your future relationship. Tie it up with a blue thread and put it into a safe. Keep it in there for one month for the magic to gain some power to launch the love spell.

But let us get back to ancient love spells.

Ancient love spells Gypsy are offering– they are not good for people who are not Gypsy. At first the results can be quite impressive, yet they do not last, so most likely you will end up feeling very disappointed.

Ancient Wiccan love spells – they are able to bring two people together only if both the partners give their consent to the ritual. I cannot imagine though how you can come up to a man and tell him you want to put a love spell on him, so he needs to give his consent to it and also become a Wiccan. So I consider such spells ineffective.

Ancient Latin love spells – they are great for short-term love affairs (up to a week). Sometimes they manage to create feelings which last a little longer than a week. Also remember that these spells are designed for sensual pleasure rather than to create emotional and mental connections.

Sometimes Latin spells are called spells written in Latin. Well, I have to disappoint you again. Most of such spells are black magic and are calling up demons. Many ancient black magic spells are so dangerous that they can harm not only beginners but even professional magic practitioners.

Thus, casting a black magic ritual is like trying to defuse a remote control mine. No one knows for sure if everything will be okay and if negative effects will become visible in several days, weeks or months after the love ritual. This is what modern and ancient magic love spells have in common.

To find out more about ancient rituals, read this article titled “can modern people use ancient love spells that work” 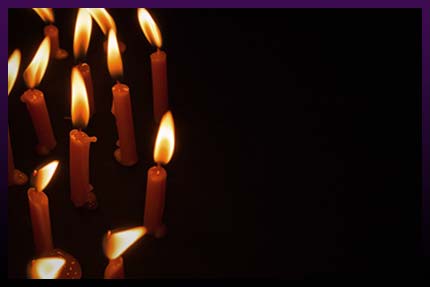 You are not going to walk a tightrope or even drive a car balancing only on two wheels. You are going to do magic that is more dangerous than any of the extreme sports. The chances of you getting hurt no matter how careful you are much higher than with parachute jumping. Luckily, on my website called “Spellcaster Maxim” I have posted many articles about the dangers associated with love magiс, so read them and you will understand what I am talking about.

“Lately, I’ve been looking at my wife and thinking I have nothing to love her for. Everything I loved about her or found attractive or cute about her is gone. My wife is no longer that amazing person she was when we met. She’s the definition of mediocre. Why is it happening to me? Can it be one of the ancient witchcraft spells or any other love spell put on me which is wearing out?”

Of course it can. Although it is not necessarily so. Maybe your feelings have faded and now you see your wife the way she really is. The way she has always been. To find out what is happening, have your fortune told with focus on your feelings or your present to understand why you are seeing what you are seeing. Unfortunately, this is all I can say having no picture of you or any personal thing belonging to you. To let me tell your fortune, please place a corresponding order.

“Let’s assume a sorcerer claims he’s an ancient love spell caster. Taking into account the fact that ancient spells don’t work, is he a good or a bad spellcaster?”

It is quite difficult to answer this question. I do not want to even try to answer it unless I speak to this magic practitioner in person and order a ritual to see what happens. Yet my guess is that he is not a good one, because ancient spells engage ancient gods, demigods and egregors which no longer exist in our reality, so nothing useful can come out of it.

“How do I cast ancient spells to make someone love you with a fire?”

Find a place of power in the forest. Bring some stones to this place and put them in two circles, one bigger than the other. Make a fire using some dry wood and throw an unbaked clay figure representing you into the fire and one representing the man or the woman the spell is intended for. Also burn your cloths and a lock of hair and say a spell. I will not publish the text of the spell because I do not recommend it for beginning spellcasters. This spell is very dangerous when it backfires, so it can easily hurt you or anyone else involved if you perform this ritual by yourself.

Yes and no. They are safe by nature. At the same time, they can become dangerous due to a mistake made by the spell caster. That is why they say there are no safe things in magic. There are experienced and skilled magic practitioners who can cast spells safely preventing negative effects, and inexperienced sorcerers who put all their clients in danger.

“Can ancient spells and rituals be cast on the graves of one’s loved ones?”

Many people consider this method to be safe but they are wrong. First of all, all spirits undergo major changes. Even if your late relatives were the kindest people you have ever known, their spirits may be ruthless and heartless energy vampires. Secondly, there is no guarantee you will not call up a demon instead of your late relative. If you do, your life and that of the person you love will become hell for many years to come.

“My periods stopped after I performed an ancient love ritual. Why?”

It is one of the negative effects of rituals performed without having proper skills and knowledge. I have warned my readers about them many times. Now you need to seek professional help as soon as possible to make sure your disease (you are sick) does not become chronic. If you let it happen, full recovery will be almost impossible.

“How do I cast ancient spells that work using a personal item?”

All the instructions are provided in the video that you can see next to this article.