There are periods in life when everything’s fine and there is nothing to worry about. But what should you do when suddenly your life starts falling apart? If you think it’s a result of somebody’s ill will and you have no time to go to a spell caster but need to know what caused your problems, there are some simple and effective diagnostic techniques for you to use.

So, you’ll need a glass of spring water, a candle, and a new box of matches. Put some salt into the glass and stir it with a knife. 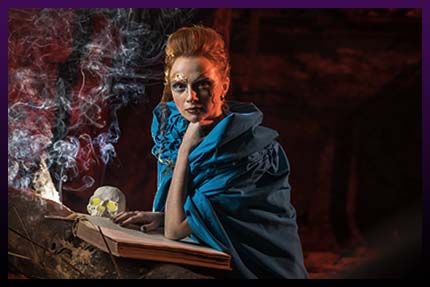 Put the glass on the head of the person you diagnose. If you diagnose yourself, ask someone to help you. Ask the following question aloud or to yourself, “Is there black magic on this man (on me)?”

Use the candle to light matches, run them (crosswise; three times) over the ethereal body of the man (3-7 cm from the body), and throw them into the water.

3 match – on the left of the patient;

4 match – on the right of the patient;

5 match – in front of the patient.

Carefully take down the glass and put it on the table. Wait 1-2 minutes and try to interpret the results.

1. If a match goes out during the crossing: over the head – a punishment by Higher Powers or the evil eye; behind the back – negative energy from the past (karmic changes, family curse, etc.); at the front –negative energy sent in the face (during an argument, meeting, conversation, etc.); on the right – has something to do with relatives (family curse or a curse sent by a family member) or friends; on the left – black magic by an unknown man (a contract curse; a contact with water containing negative energy; a cursed object was picked up).

2. If a match sinks: a heavy black magic curse which may cause an illness or death. Consult a specialist!

3. If a match sinks but one of its ends remains on the surface of the water or right under it: the same.

4. Matches end up at the walls of the glass: a black magic evil eye.

5. Matches form a cross: an evil curse to cause illnesses, aging.

6. No particular pattern: there is no black magic, a possibility of the evil eye which will pass on its own. Stop talking to envious people or make (or buy) an evil eye protection amulet.

8. Matches line up: there is no black magic.

9. All matched are at the walls of the glass, with one at the center: an evil curse to always be single.

10. All matches are at the walls of the glass, with one partially sunk: a curse.

Church candle and salt diagnostics can help determine not only the black magic influence but also the negative-affected areas.

The patient should lie down on a horizontal surface. For self-diagnostics, ask someone for help.

Handfuls of salt are put on the person’s energy centers. If you don’t know how to do it, put a handful of salt onto the pubis area, above the belly button, on the chest, neck (in the hollow), and forehead. Lighting a church candle, run it along the person’s body (upward). If the candle starts smoking or crackling, if black wax appears (it may foam or boil up), black and red color prevailing, it means that the person has been affected by black magic. Besides, the salt may show some activity, like jumping. But please, remember that it’s just energy, not fantasy! Salt gives signals to indicate a rupture, so pain, burning pain, cold and unpleasant feelings may occur. It’s very individual, but be sure that you’ll understand where exactly your problem is.

Wax diagnostics of black magic is rather effective, too 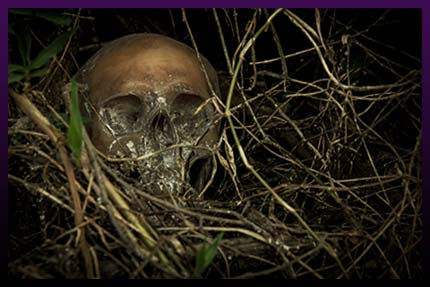 Prepare 150-200 grams of wax, a large metal bowl, a bowl with cold water, and a picture of the person you want to diagnose. The picture has to be taken not very long ago. For self-diagnostics, take a picture of you one day before the diagnostics.

Put the bowl with water on the picture, melt the wax in the metal bowl and focus on the question “Is there a curse? Is it the evil eye?” Pour the wax into the water.

One of the advantages of this technique is that it allows one to not only find out if there is a curse on a person (or the evil eye), but also to remove it. Depending on the power of black magic, the ritual is held 3 to 7 times.

While pouring wax into the water, pray. It will clear it of all the negative energy transferred to it from the person.

Upon completion of the ritual, wash your arms with cold water up to the elbows and run a candle along your body up and down 90 times to clean yourself to make sure black magic won’t return to you.

Egg diagnostics is effective only when the egg you use has been taken from an actual hen, but not bought in a grocery store, while the water should be either spring, melt, or rain. That way, diagnostics accuracy is 99%.

Take a glass and fill it with water two thirds full, break an egg (make sure the yolk remains intact), and ask the person to sit down on a chair. Run the glass over his head clockwise for 10 minutes.

A hazy halo around the yolk indicates black magic. If the yolk breaks, a demon is inside the person.

Thread-like domes over the yolk indicate some local influence.

Upon completion of the diagnostics and black magic removal ritual, the water with the egg has to be poured out in the sink (make sure that the yolk breaks) and flushed away with plenty of water.

However, the best diagnostic technique is consulting a specialist. An experienced spell caster can use runic diagnostics or the Tarot, while top-class spell casters can read information from the picture of a person from both this person’s energy field and directly from the earth’s information field.