Death curses of magic – Identify, remove, and protect yourself from them

Homepage Black magic Death curses of magic – Identify, remove, and protect yourself from them

How death curses and spells work

You live your normal life, you go to work, you go out with friends, you eat, watch TV, party and have hobbies. You think this will always be like this, but you might be wrong. If a magic practitioner examines you and sees a dark shadow over you, it means you have one of the death curses that actually work on you, so your days are numbered…

Unfortunately, everything happens quite fast. If your death curse is real, it will detect a weak spot in your karma to find out what diseases threaten you most or if you are prone to accidents, and then act accordingly. So such spells impact different people in different ways. Put a hundred death spells on one hundred different people and every person’s death will be unique. 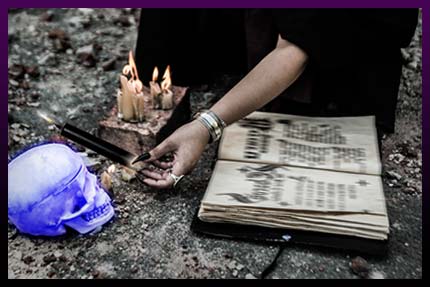 There are some exceptions though, but they are rare. In most cases death curse rituals will lead to completely different death scenarios:

- Some people will die in a week and others in a year;

- Some people will have a sudden, accidental death and seem completely healthy until their last day, while for others death will be expected;

- Some people will drown, while others will be electrocuted;

- Some people will be killed by a burglar breaking into their house, while others will choke on a piece of peach;

- Some will suffer before dying, while others will die quickly and painlessly;

- Some will realize they have an effective death curse on them and seek for help and hopefully be saved, while others will be clueless about what is going on and fall victim to their black curse.

Yet all powerful killing curses which have been cast properly have one thing in common – they kill their victims and they can be broken only by a professional magic practitioner like I am. Living a healthy lifestyle (healthy from the energy perspective), praying and spiritual exercises cannot help you break death curses. Upon learning about what is going on, some people go to Tibet or visit Christian sacred places hoping to get rid of the curse, but it never helps.

It so happens because a death curse for an enemy can be put only by someone with very high energy levels. This curse cannot be broken like they show in movies. It can only be removed and sent back to the sorcerer who cast it in the first place. In this case he has no choice but to carry his own real killing curse. Of course, he will try to fight it. But since he is stronger than you, he will put the curse right back on you if you try to remove it by yourself.

How to recognize the symptoms of killing curses 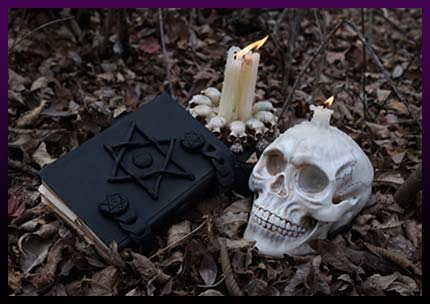 Killing curses impact different people differently, which you already know. However, their symptoms are the same. The first symptom is the realization that everything is different now – your life has become grey, cold and uncomfortable. You feel lonely and vulnerable. The latter can be explained by the fact that the black magic sorcerer is trying to create a black energy dome over you to destroy your natural protection.

You can be protected by your Guardian Angels and your ancestors and also by Higher Powers. However, if you have one of the best death curses on you, it will make you invisible to them. If that is the case, you need to have the black energy dome removed to feel much better almost immediately. In this case the black death curse leaves you, goes back and sticks to its original creator.

Also you need to know that your mental body – the body of your thoughts and dreams – changes too. Your thoughts become slow and heavy. You find yourself thinking about nothing and doing nothing for hours and enjoying it. You feel like you have very little mental energy left so you need to save it. Your dreams change as well. Your subconscious mind, upon realizing you are in danger, starts sending you signals by means of bad dreams and nightmares. Your dreams are how your subconscious mind can communicate its messages to you. So think if your frequent nightmares may result from a true death curse that you have on you.

Also, you may lose interest in:

- Jokes and having fun;

- Opportunities to change your life and career;

You find yourself being inside some cocoon which keeps getting smaller cutting you off from your usual lifestyle. You develop habits which you hated before. You become lazy. You start binge eating. You start smoking, drinking too much alcohol, and get addicted to drugs.

Your appearance changes as well, especially your eyes – you look like you are scared and sad, even if you are not. However, the people who know you keep asking you the same questions, such as, “Why do you look so sad?” “What’re you afraid of?” “What’s so terrible that you’re thinking about?” Apart from the physical body, people consist of other bodies, with each having its own emotions. Your eyes change when your ethereal body notices your black death revenge curse. It is able to anticipate future events and it cannot help feeling sad upon realizing you do not have much time left on Earth and you will die soon, with its sadness and frustration being reflected in your eyes.

People under curses of killing tend to think about death a lot. Even though they do not think they will die tomorrow, they still think about their own death, funeral, and life after death once in a while. Or they can get anxious thinking what is going to happen to their loved ones after they pass away, especially people with small children.

Another symptom is when you always feel cold. Your hands and feet are cold even if it is warm outside. You always feel like wrapping yourself in a blanket which other people find weird.

However, self-diagnostics is usually not very helpful and not enough. It can fuel your suspicions or help you look for the answer in the right direction, but you still need to be examined by a professional magic practitioner, preferably someone who can then remove the death curse you have on you if needed. It is important because even if a magic practitioner trusts the one who diagnosed you, he still needs to examine you too, as otherwise it is quite difficult to remove death curses that work.

Here is another great article about the curse of death offering more details about death curses and other similar black magic rituals.

Just remember that real death curses can be removed. It is possible. You came across my website called Spellcaster Maxim and this specific article not by accident. You have been brought here to get a chance to survive. Of course, it is up to you so take it or leave it. But if you are a sensible person and you have some suspicions regarding death magic curses, you should at least let me confirm or disprove them. As for the treatment, it will be painless and quite fast. More importantly, it will save your life. Also, after you recover, you will be protected from future attempts to put a powerful black magic curse on you.

Spellcaster Maxim answers questions about the most powerful death curse 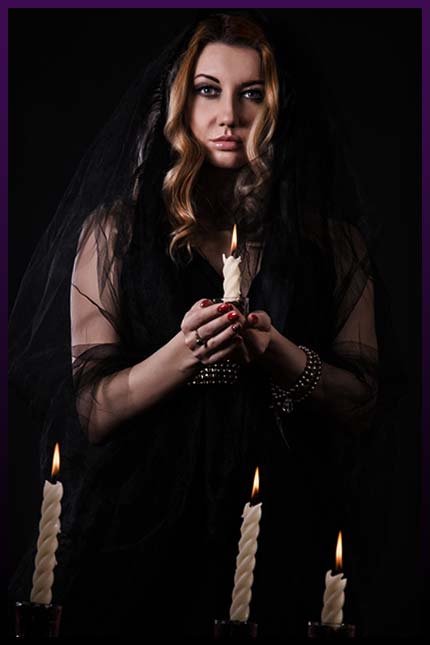 “I believe in Higher Powers. I know they are real. However, there is one thing I can’t really understand. How come they allow such thing as a powerful death curse? Can’t they protect humanity from it?”

You should understand that black magic sorcerers are like thieves. They never steal in public, especially if some policemen are around. They wait for their victims to turn into a dark alley to rob them. Black magic sorcerers use the same strategy. They create an energy dome around their victims to hide them from Higher Powers. As soon as Higher Powers lose sight of them, the sorcerers strike a crushing blow against them.

To prevent it from happening, you need to live a pious life. That way you will generate more light energy enabling you to reach out to your spiritual guardians on a daily basis – through prayers and meditation. So the first day you are trapped under a black energy dome and fail to reach out to Higher Powers, they will realize something is wrong. Such domes prevent energy from going in and out: from you to Higher Worlds and from Higher Worlds to you. So when Higher Powers realize why you are no longer in touch, they will remove your death curse that works and punish whoever put it on you.

There is another good way to protect yourself. You can buy a powerful protection talisman to keep away black magic curses and spells. Moreover, they will be beaten off to return to whoever cast them like a bomb shell.

“You say that visiting sacred places is of little help when it comes to removing curses. But priests can treat possessed people, can’t they? So it’d be logical to assume they can remove death curses in real life. Don’t you agree?”

I am not trying to undermine anyone’s faith but I have to tell you that about 50% of all possessed people “cured” by priests are actors who are paid for convincing people that the church is powerful. As for the clients of shamans who claim they can remove death curse voodoo, about two thirds of them are actors. To my regret, many magical and religious cults have lost their mystical meaning and are now money minded. Even if you do not like hearing it, sooner or later you will realize that the only person who can help you get rid of your black magic curse today is a powerful spellcaster who keeps his knowledge about black magic up to date.

“Will a death spell affect the children of the person it’s put on?”

Something tells me you are asking me this question not out of curiosity. Perhaps, at some point you started wondering “How do death curses work?”, you read about it and now you want to punish someone using black magic. It is a big mistake and I hope you have not put your plan into action yet. If you have, you will soon have another question, “Will a death spell affect the children of the person who failed to cast it properly?” For your information, 100% of black magic spells cast by amateurish magic practitioners backfire.

As for your question, this kind of magic hurts not only the target but everyone around. Firstly, there are different rituals. Secondly, there are black magic sorcerers who are so powerful that their spells impact the target and the people close to the target. So sometimes a single spell puts more than one person in mortal danger. Moreover, children are the most vulnerable to this kind of magic.

“Is there a way to find out who put a death curse on you?”

There are several simple rituals which can be cast at home. To learn how to find out who cast the death curse, watch my video about it.