HOW TO CAST A POSESSIONS CURSE

Homepage Black magic HOW TO CAST A POSESSIONS CURSE

In the past, people associated a possessions curse with a farm with chickens, a couple of horses, and old farm equipment. Today, in the world of high technology, possessions curses are successfully used as well. 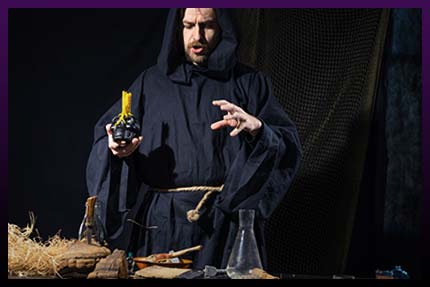 Imagine an apartment on some 65th floor of the skyscraper. Imagine its huge gorgeously furnished rooms with beautiful carpets, rare paintings on the walls, and collection china in the cupboards. Now imagine that I, an experienced black spell caster, cast a possessions curse on it. What happens? Amazingly, it gets flooded by the above apartment. The hot water spoils the paintings, furniture and the carpets. The expensive hardwood floors rise, too. Or fire starts in the apartment and destroys everything expensive.

These are the consequences of black magic used against someone’s possessions. It won’t be a once-only accident. On the contrary, problems will fall one after another upon this apartment, costing its owners thousands of dollars. If the family moves out, their problems still won’t be solved. The thing is they will carry their possessions such as their furniture and clothes with them.

Now let’s imagine that I cast a possessions curse on the office of your rival company. Do you think its computers will start glitching and the coffee machine will break down? You’re right, they will. However, this will be secondary comparing with what will happen to the owner of the company. Black magic will affect his decision-making. As a result, he will make only wrong decisions which will cause financial losses and even bankruptcy.

On top of that, the company will have problems with their clients, suppliers, bank accounts, and produce. Thus, the curse will bring the company to ruin, affecting everything that belongs to it, such as its car park, plants, restaurants, pension accounts, frozen assets, and even its good name.

Who does the possessions curse affect?

Before answering this questions, I want to give you another example of how a possessions curse cast by a professional spell caster works. Imagine two students living in a dormitory. One of them is going to have the other one cursed for humiliating him in public. He contacts me, orders a possessions curse from me, and returns to his room. He’s waiting. He expects a fire in the room of his enemy or something like that. A week goes by, five weeks go by, eighteen weeks go by… nothing. The student thinks the curse failed to strike his enemy.

No, it didn’t. The student just doesn’t know what black magic has prepared for him. 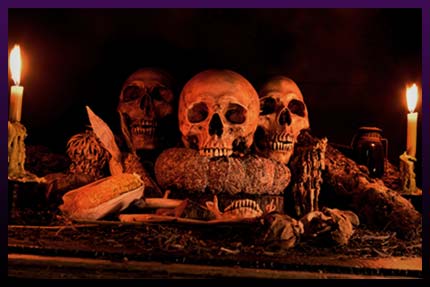 1. Once the man I cursed gets a job, the company which employs him will start experiencing problems and may even end up a bankrupt.

2. The cursed man won’t be able to find a place to feel like home.

3. Whatever he buys, such as a TV, furniture, car, yacht, will break down, burn out, or get stolen.

4. Any attempt to save money will prove useless.

Thus, the curse will make the man unhappy. He’ll end up an exhausted loser with a miserable pension.

How to order a possessions curse