HOW TO REMOVE AN AGING CURSE

Homepage Black magic HOW TO REMOVE AN AGING CURSE

How an aging curse works

Like all black magic curses, aging curses have different effect on different people. It depends not only on the power of the spell caster or the ritual used, but also on the victim’s energy, age and his inner resistance to esoteric influence. Sometimes, it depends on the energies of the people living together with the victim. 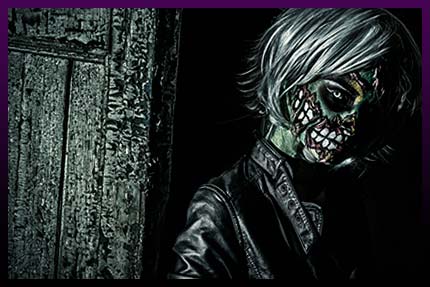 Thus, the victim’s spouse, parent or distant relative may become his protector against black magic. Nowadays, more and more younger children become their parents’ guardians. I’m talking about those kids who come to our world with knowledge of magic and an ability to sense the energies. These children are called “indigo children.”

That’s why if you’re ordering an aging curse from a spell caster, even as powerful as I am, you should always take into consideration the fact that your order may be extremely difficult to execute. It explains why the prices for seemingly similar curses vary.

When the victim of an aging curse can resist it

You should also take into consideration the victim’s lifestyle. A person who eats healthy food, goes to the gym, likes jogging, has sex regularly and is happily married is very difficult to curse. Perhaps, casting an aging curse on him will require a number of rituals.

Casting an aging curse on a person will be simpler if his person is killing himself by himself. Literally. If he overeats, smokes disgustingly too much, doesn’t go to the gym, drinks energy drinks or other mind-affecting substances (including alcohol), cursing him is as easy as pie. The point is this person has almost ruined his life and all the spell caster has to do is to just help him a little.

Depressed and dispirited people are also easy to curse. Even though their body is healthy, their shattered nerves make them an easy target.

Let’s talk about casting an aging curse on a person who is healthy physically, mentally and spiritually. As you understand, to make such a person grow old, a spell caster has to undermine everything that helps this person fight aging, namely: 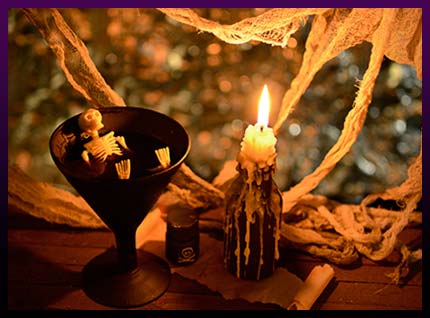 - make him lazy and passive;

- make him overeat and gain weight;

- make him tired so he doesn’t work out;

- damage his sex chakras (not having sex contributes to premature aging).

Sometimes, it’s impossible to trigger someone’s aging without placing an energy vampire that will drain him of all his strength and thus shorten his life. Anyway, the rituals to be performed to cast an aging curse on a person are discussed individually, after you name the person who you want to curse. Without magical diagnostics, I won’t be able to tell you what has to be done to curse this person and if cursing him is possible at all.

What else you should know ordering a premature aging curse

Many of my clients are people who have ordered curses from other spell casters who they found on the Internet. These people choose me as one of the most powerful spell casters who can eliminate the consequences of magical kickbacks or back blows.

It happens when people order curses from weak or inexperienced spell casters. The magiс returns to the sender once it meets an obstacle. Moreover, it becomes much more dangerous than it was upon sending. As a rule, spell casters manage to dodge the blow, while their clients don’t. That’s when people notice they start aging fast.

Besides, they age not only on the outside (skin, hair, facial expression), but also on the inside (organs, muscles, joints). Magic affects cells and it’s only magic that can stop the process of aging.

If you’re the victim of an aging curse, I can help you. However, it’s much easier for me to cast an aging curse for you and avoid any kickback, rather than eliminate the consequences of a poorly cast aging curse. As I’ve told you already, I practice only SAFE MAGIC. It means you can be sure of your safety and that of your family if you order a curse from me. I guarantee life-long safety. It means that even if another spell caster removes the curse cast by me, it won’t affect you. I will protect you from any magical kickback, and any negative energy directed at you will disperse.

It explains why I charge for my services a little more than other spell casters who promote their work on the Internet. I offer professional magic and it just can’t be cheap. And it’s not only about my knowledge, experience and skills. It’s about the rituals I perform. Performing rituals, I use expensive attributes which are brought to me from overseas and which I can use only once.

However, it’s more convenient to pay just once (it’s also less expensive), rather than having to pay for a number of associated services after an inexperienced spell caster casts a curse for you incorrectly, such as elimination of the consequences of a magical kickback, restoration of subtle bodies, and protection of your family. If you agree with me, contact me!