Christian people don’t know much of the Muslim love spell. Even googling “Muslim love spell,” you won’t find anything helpful. You are likely to find some vague text which will make things even more complicated. There are two reasons for it. First of all, Muslim witches are very good in keeping their secrets. Secondly, there is no actual difference between “Muslim love spell” and “Christian love spell.” This is what I want to tell you about.

When it comes to magic, nationality is irrelevant. So is religion, language, skin color and shape of the eyes. The notion “Muslim love spell” is collective and includes a group of people with the same mentality, national and religious traditions and rituals.

Note, that instead of “Muslim love spell,” it’s better to say “love spell of a Muslim nature.”

The point is the word “Muslim” has a descriptive function, meaning it specifies which love spell it is. But since there is no such thing as a Muslim love spell, but there are love spells which casting is inspired by the Muslim culture, their religion, so the phrase entered into a search engine should be “love spell of a Muslim nature” but not “Muslim love spell.” 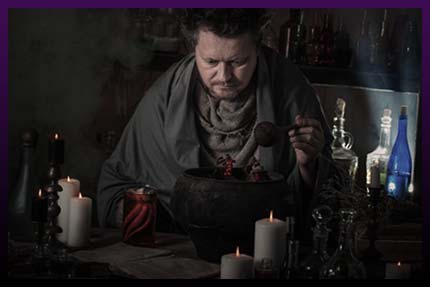 Muslims don’t believe in love spells. You have to understand that. Actually, no world religion is related to magic or witchcraft. Perhaps, many years ago people noticed their ability to perform magical rituals to influence their life. With years, they perfected their skills and diversified their rituals, passing them on to next generations, often verbally.

In ancient times, all peoples practiced magic. Sorcerers, shamans, magicians and wizards could be found in any nation. Kings and queens used to employ them. They gave them a job and responsibilities. For example, an English king could put a curse on a French king in case he didn’t like his new policy. Of course, the French king also had a magician whose job was to set up a magical protection in advance. This is how magicians from different counties had to fight against and compete with each other. They didn’t sit with their arms folded. Instead, they worked hard to perfect their rituals, thinking about new ways how to evade protection or put obstacles in the way of another curse.

While working on a ritual, each of them applied to methods and techniques depending on the country he was from and his mentality. Buddhists, Muslims and Christians will never use the same methods while performing a ritual. This is why rituals differ from country to country, and “Muslim love spells,” “Christian love spells” and other love spells are distinguished. It should be noted though that there is no actual difference between rituals performed by different peoples. Technically, they are the same and have the same effect.

Information on how a love spell of a Muslim nature should be performed can be found in the World Wide Web or this website. Remember, that following the rules, you will be able to perform any ritual and achieve what you want, regardless of the nationality and religion of the person your love spell is put on. I wouldn’t recommend putting spells for beginners and those doubting their abilities.

All Muslim love spells bring people together by binding them at the level of their three lower chakras. They are the lower energy levels, so they fill us up with lower energies. Energies can be positive or negative. When a Muslim love spell is cast, the target usually generates negative energies.

Let us review this process by each of the chakras.

As you know, the first chakra is responsible for the energies of the world received by us, as well as for our survival under the conditions of the material world. When its settings are adjusted with a spell, the target claims, “I can’t live without him/her!” meaning the person who cast the love spell and it is true. Without this person, the target can get sick or even die.

It happens when Muslim love spells turn the spell caster into an energy donor cutting the target off the energies of the world. Now the spell caster is going to feed the target with their energy, because this is the only way for them to make the target fall in love with them at the level of the first chakra.

This is very dangerous. When your love spell has been cast improperly, you can wear out and run out of energy soon. As a result, you will get sick, age faster and never manage to accomplish your karmic missions. 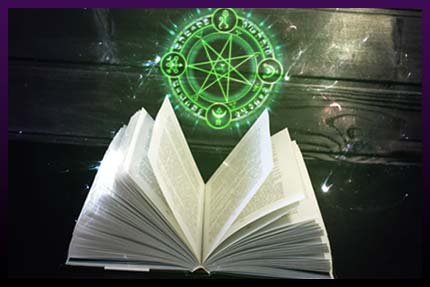 In case you do not remember, the second chakra is in charge of sex. For Muslims it is common build relationships based on sex. But will it make an American or a European happy? Do you want to be in a relationship with someone who needs only sex from you and is not interested in you as a person at all?

The third chakra controls our self-esteem, calmness and confidence in the future. To put a love spell on the third chakra, you need to make this chakra malfunction. It is possible if you:

- Make the target feel jealous all the time;

- Convince the target he/she cannot be happy without you;

- Make the target feel insecure and think you are the best he/she can find.

As a result, you will turn the target into an insecure and depressed psycho torturing you with their jealousy and suspicion.

As a powerful spellcaster, I always make sure my Muslim love spells help the target generate only positive energies, thus giving my client true, pure and happy love. If that is what you want, do not hesitate to contact me and enjoy the love you have always dreamed of.


According to Islam, the world is controlled by Allah. So the people who believe in Allah should accept their destiny as it is. If you want to change it, keep in mind that it is possible only through personality improvements. When it comes to magic, people make a decision to fight the destiny assign to them by Allah and act on their own.

Adherents of Islam believe that in such cases Allah does not prohibit people from doing magic and using the Muslim love spell. Allah just steps back allowing genies to take over. Because of Disney stories, people think genies are cute and fun creatures. In fact, they are very strong, can take various shapes and even become invisible. They are so powerful that they can control people’s fates and thoughts.

When you ask a genie for help, you call up the forces that are virtually uncontrollable. The moment you lose control of your genie, it attacks you to get even with you for having bothered it, or enters your body to seize control of you and live your life.

This is one of the reasons why Muslim magic and Muslim spells are so thoroughly protected. When you practice this kind of magic, you go against Allah putting yourself in great danger. While possessed, you can make a lot of terrible mistakes doing harm to yourself and to other people.

Nevertheless, properly performed Muslim love spells are incredibly effective. I have first-hand knowledge of it because I have personally cast hundreds of successful Muslim spells. At the same time, I have seen a lot of people who got hurt while trying to cast such spells on their own. Hence my advice to you: IF YOU WANT TO USE MUSLIM MAGIC, DO NOT TRY TO PERFORM IT BY YOURSELF BUT REACH OUT TO ME AND TAKE FULL ADVANTAGE OF THIS UNIQUE AND ANCIENT BRANCH OF MAGIC.

If you still want to do it, then at least watch the following video and find out how to protect yourself against genies called up by Muslim love spells.