Homepage Practical magic A conversation with a dreamy and lazy person about the wealth spell
16.05.2017
By: Spellcaster Maxim
Esoteric, astrologer, writer

Just to make it clear, when I was reading your article about the wealth spell, I found the following statement: this spell helps only those who work hard and doesn’t help those who do not. Is it some kind of a trick? Hard workers  achieve their goals without the help of magic, don’t they? Such people use spells just to be on the safe side. Spells don’t influence their fates. As for losers, wealth spells are supposed to make them rich and happy, aren’t they?

Let me guess. You are one of those reading books like How to Get Rich in Four Weeks. All such pulp fiction books have one thing in common: you will succeed if you work as hard as you can. However, only 1 out of 100,000 people, middle-aged and senior, who have been working really hard their whole life, manages to achieve success. 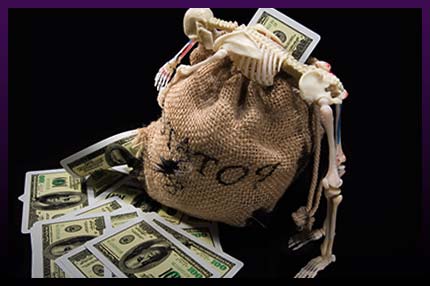 It would be different if they had come to a spellcaster for a spell for wealth when they had a chance to. That way, every hard worker would be successful. Believe me, I am not exaggerating.

Are you saying there’s no point in working hard?

No, it is not what I am saying! Living on welfare is far worse than being, for instance, a white collar at some bank. However, people see success differently. Thus, those living on welfare dream of having a million dollars and they get upset when they do not. A banker may be dreaming of becoming a millionaire too, but the difference is that he knows how to achieve his goal. He may fail to become a millionaire, yet while pursuing his goal, he learns how to earn decent money.

Unfortunately, the fact that his dream has not come true makes him unhappy. He may be even unhappier than that poor guy dreaming of a million dollars. He knows he has devoted his life to achieving this goal and failed. Luckily, there is such thing as a wealth spell.

What happens when some lazy guy uses a spell for wealth?

The difference between a hard worker and a lazy person is not their lifestyle but the effort they put into achieving their goals. Lazy people use the energy of their dreams by visualizing their future. As a result, their fate is barely influenced. A hard worker emits flows of energies out into the world, changing the world and his future. This is why a wealth spell is more effective for hard workers.


Because a spell for wealth does the following three things


Speaking of the hard worker, a wealth spell connects him to money energies, eliminates all unwanted events which may prevent him from getting rich, makes sure he meets the right people, helps generate some brilliant ideas, etc. As a result, the hard worker turns from a morning jogger into a professional long-distance runner no one can compete with.

As for the lazy guy, a spell for wealth just helps him have better dreams. The spell may even give him some good ideas but, as you understand, he is unlikely to even try to implement them. Higher Powers may try to make him work but fail over and over again. As a result, they will leave this person alone and the wealth spell will be broken.

Are there any spells for wealth which can make lazy people work? 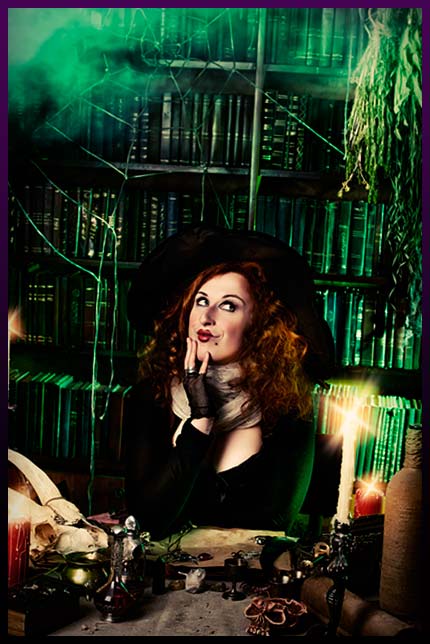 Wealth spells cannot make anyone do anything. They just build a path for the people to follow. Another critical issue is the GOAL. The dreamer does not have a clear goal. It is blurred. They want a lot of money and a good house. Unlike dreamers, hard workers are more specific. They know which stores they want to buy their clothes from, which car they want to ride, which position they want to have in the company. They know the neighborhood they would like to live in one day. Eventually, a spell for wealth helps them achieve this goal.

It is like talking to a taxi driver. Imagine that you get in a taxi and wave your hands at the horizon instead of giving the address. Or you tell the driver the name of the street you want him to take you to, the building number, etc.

Speaking of the spell for wealth, it is not designed to make anyone work hard. Laziness is an energy disease which needs to be treated. Laziness is not easy to treat because it may be caused by a number of reasons, such as:

A money ritual can be performed for a lazy person only after curing such diseases and strengthening their energies. That way, instead of dreaming, they will start acting. I prefer to take a break between treatment and wealth rituals. I believe such people need some time to figure out what they want to do in life and how they would like to get rich. They need time to set a goal and figure out a way to achieve it. This is when I perform my wealth rituals, helping them achieve what they want.

Does it mean a white collar, a nobody, has a chance to become a CEO with a spell for wealth?

Yes, it does, provided this white collar is brave and ambitious enough and has high energy levels allowing him to work hard to achieve his goal, and being a CEO is his greatest wish. Unfortunately, many people do not have a clear understanding of what they want or set the wrong goals. In this case magic is almost useless. In our world of stereotypes the majority of people think in this way:


It is a very common scenario, is it not? One of the key secrets to achieving success is designing your own, unique plan to achieve your goal. This is what a wealth spell is used for. It helps people find their unique paths, reconsider their values, acquire necessary knowledge and skills, become more determined, stand out, etc. Sometimes such people are considered to be weirdoes but they end up being far more successful than the graduates of some prestigious universities stuck in their dead-end jobs forever.

Order a wealth ritual from me and you will find out what a spell for wealth will do for you, how it will change your life, and which goals you will achieve. Hopefully, I have made it clear for you that money magic has always been and will be useful only for the people who can and want to work hard to achieve their goal.