Can you cast voodoo doll love spells by yourself?

Homepage Spellsbook Love spells Can you cast voodoo doll love spells by yourself?

It is pretty easy to check your knowledge of voodoo doll love spells. Take the below three mini-tests prepared by me, spellcaster Maxim, and intended for those who want to master the ancient art of voodoo by themselves. Do not try to google the correct answers or look for them in some magic books. Test your knowledge honestly as this will help you understand how well you are prepared for practicing voodoo magic. When you answer the questions, remember that YES means you are completely agree with the statement, while NO means you disagree with it or are not sure about it. 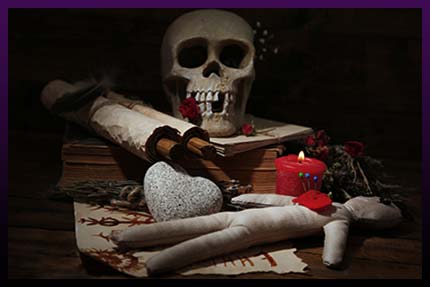 1. A voodoo doll love spell can be cast using any doll made of plastic, clay, fabric, wood, etc.

2. The best material to make a voodoo doll is the wood from the trees growing not far from the target’s place.

3. Voodoo rituals are performed either at a cemetery or late at night because voodoo is black magic.

4. If you have African ancestors, it is easier for you to cast voodoo doll love spells successfully because voodoo is flowing in your blood.

5. Voodoo spells cannot influence people having ancestors from Africa or Haiti because they are beyond the control of African spirits and gods.

7. Female shamans achieve better success in voodoo than male shamans, but most people are unaware of that.

8. To cast a real voodoo doll love spell, some blood needs to be sacrificed. To this end, one can use:

A hen or a cock raised in a special manner;

A virgin or a menstruating woman;

One’s own blood from the finger or the nose;

Blood taken from the hospital or a place where an accident occurred recently (for example, a road accident);

9. The shaman’s appearance – outfit, tattoos, accessories – is also critical for the ritual and so is his happy-clappy behavior.

10. To cast an effective voodoo spell, one has to fall into a trance which can be reached using psychedelic drugs.

11. Dancing and songs are less important for voodoo rituals than for other barbaric rituals. They are just an accessory that is not mandatory.

12. Voodoo is the most ancient branch of magic, which makes it the most powerful of all types of magic.

13. Voodoo magic is not very popular.

14. It is used by a limited number of people.

15. People using voodoo magic eventually regret it because no one can get away with it.

A voodoo doll love spell – Do you know how they work?

1. Voodoo dolls do not work unless they contain some biomaterials, such as the target’s hairs, skin, sweat, or pieces of the target’s clothing.

2. It is better to make a voodoo doll by yourself even if you have never made one, than buying it from a professional magic practitioner.

3. Voodoo doll love spells using gris-gris bags are more effective than those cast without gris-gris bags, especially if the latter is bought from a skilled specialist.

4. With the right ritual, a gris-gris bag can be used instead of the voodoo doll.

5. Dolls used in voodoo doll love spells should not be kept for too long because they lose contact with the victim which causes their properties to transform.

7. A voodoo doll love spell can be used to do both good and evil.

8. An incorrectly manufactured voodoo doll can be terrifying and harm its manufacturer.

9. Misuse of voodoo dolls can cause insanity in the target or kill the target.

11. Voodoo rituals should not be performed around sick people, people with mental disorders, pregnant women, or small children.

12. The key evidence that you are prohibited from casting voodoo spells is the fear that you have when you start thinking about voodoo magic.

13. A competed voodoo ritual leaves you with a large debt that you owe to the voodoo egregor or the voodoo spirit you called up with the ritual.

14. It is not a big deal if you do not speak the language of your voodoo spell and do not understand what it is about, provided the spell was found at some reliable magic website.

15. One can learn how to cast a voodoo doll love spell by taking some online courses.

You have good knowledge of voodoo magic if most of your answers were yes answers. All statements except for a couple last ones are true. Statement 14 and Statement 15 are false and I hope you disagreed with them.

What you know about the consequences of voodoo rituals 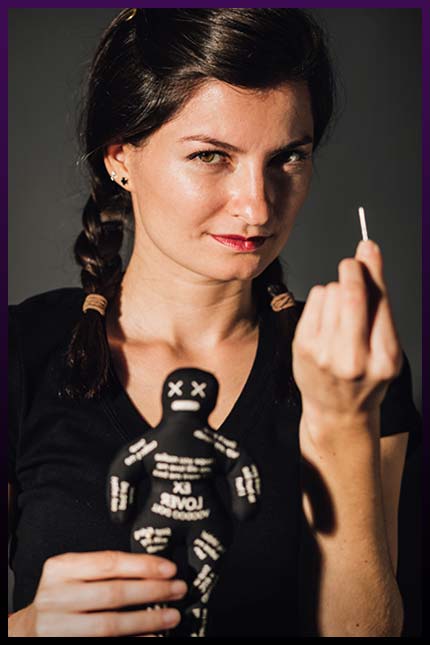 1. No matter which of the voodoo doll love spells you cast, your life will not change, provided you have performed the ritual correctly.

2. Fears, hallucinations, short-term blackouts are observed only in those who made a mistake while performing their voodoo rituals.

3. The person you put a voodoo doll love spell on will feel nothing if the ritual has been performed properly.

4. If you have frequent nightmares after performing a voodoo ritual, you need to reach out to a professional spellcaster as soon as possible.

5. The majority of voodoo rituals are so strong that their victims cannot resist them and blindly follow the will of the one who used the voodoo ritual.

7. Keep an eye on your protective amulet – the one you buy before casting your voodoo doll love spells, as it may indicate possible upcoming problems.

8. Having performed one voodoo ritual, you do not have to continue practicing voodoo magic. A single spell cast successfully does not make you a voodoo shaman but only means you were lucky.

9. An incorrectly cast love spell can turn the target into your sworn enemy instead of making the target love you.

10. Misuse of voodoo magic may cause serious and possibly deadly diseases.

11. Contact with voodoo magic changes your energies forever. Often those are negative changes.

12. Voodoo magic, if practiced by an amateur, can strengthen your existing curses and spells or family curses which you were not aware of.

15. The safest way to take advantage of a voodoo spell is to have it cast by a professional magic practitioner.

If you have really good knowledge of voodoo magic, you have answered yes to all of the above statements, so sum up your yes answers and see how good or how poor your knowledge is.

If you want to know which of your answers were correct and which were incorrect, read my articles about voodoo magic which are posted on my website and contain useful information about voodoo magic. If you want to try to cast one of the voodoo doll love spells by yourself, please watch the following video about two voodoo rituals which are both easy and safe to perform.