Homepage Articles Magic Arabic magic spells and Islamic talismans
By: Spellcaster Maxim
Esoteric, astrologer, writer
Perhaps, the main different between Islamic white magic and other kinds of magic is the fact that Islamic white magic is the only magic which has always been going shoulder to shoulder with the main religion of all Arabs that is Islam. As well as the fact that Arab spell casters believe their magic can’t be black or white. In their opinion, everything they do has been ordered by and is under the control of Allah. Moreover, if it weren’t for Allah, none of them would become a spell caster and none of their rituals would work. That is why for Muslims Arabic magic spells are a natural thing and casting Arabic magic spells is not a sin.

Nevertheless, they also believe that a person whose soul or intentions are black won’t be able to cast Islamic magic spells or produce effective Islamic talismans.

That is why Arab magic can be called light by default 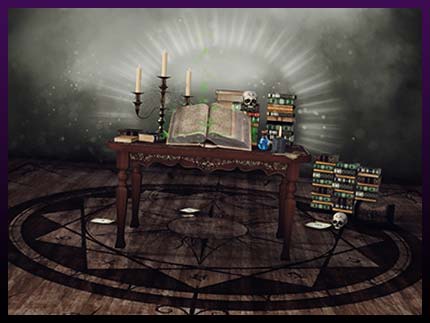 Besides, those using Arabic magic spells tend to be fatalists – they accept any outcome. They understand that casting their spells, they address Allah and he decides whether to help them or not. You may wonder, “What’s the point of this magic if basically prayers or meditation can be used instead?” First of all, Arab spell casters are very close to Orthodox or Tibetan saints, that is why Allah can’t ignore their requests (Islamic magic spells). Secondly, if Islamic talismans are made by an Arab spell caster who also writes abstracts from the Koran on them (it is necessary for all Muslim magic artifacts), such talismans and amulets become 100% effective.

Despite being light, Islamic white magic and Islamic talismans can be used against one’s enemies


With their help, you can make your enemies fall ill, cause insanity, or you can make gins and vampires attack them. Your enemies will rot alive and die young. However, Arabic magic spells produce such effect only if they are the only way for you to deal with your enemy.

Allah is not the only one who Islamic white magic seek help from. It is also connected with gins. As for the gins, Arabs are confident that many gins (at least good ones) are deeply religions beings. In their opinion, the majority of gins are Muslims, while the rest are Christians, Buddhists, Pagans or atheists. However, all of them are under the patronage of Allah. They obey his will even when they disagree with it.

Many of those who wrote articles about Islamic magic spells or Islamic talismans believe that analogues of gins are found in European culture. They claim that gins were banished from Heaven, but managed to escape hell by fooling the natural spirits which were supposed to guard them. In fact, those who practice Islamic white magic professionally know that gins are an individual race living in one of the invisible dimensions. Also, gins are way stronger than any of the humans.

Arabic magic spells influence gins by making them their slaves or friends, because they have great powers, can be invisible and control people’s minds. Moreover, they can dive deep underwater, fly, materialize objects from air, give youth, attract good luck, etc. What I mean is that according to Arabs, pretty much everything we find in “One Thousand and One Nights” is true. That is why none of them questions the existence of gins and admire those who can subdue them with the help of Islamic magic spells.

“Taming” gins, one has to been very careful. These creatures are very much like people. First of all, they need food. Secondly, they are our direct energy competitors. Aside from that, they are sly, aggressive, violent, and greedy.

You can never know whether a gin is good or evil because gins can change their looks. Moreover, many evil gins, who are very powerful and can live to a great age of thousands of years, consider people an inferior race. That is why when called up by humans with the help of Arabic magic spells and Islamic talismans, they may do what we, people, do to annoying cats and stray dogs, that is being violent to them.

Adepts of Arabic magic spells know how to deal with gins 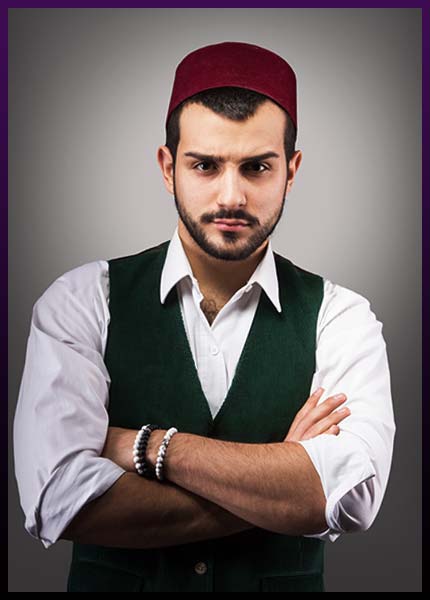 This makes them more powerful than those practicing other kinds of magic. Their work is hard though. As one of the Arab philosophers says, to practice Islamic white magic, you need to be like a glass jar, which purity will allow Allah to put strength and wisdom into it. Once the jar gets dirty, Allah turns away and the spell caster will lose his powers immediately, having no chance of being forgiven.

By the way, Islamic talismans help people regardless of their religion


So if you are going to buy an Islamic talisman, note that its effect will be rather peculiar. For example, you ask it for money, love or health. That’s when Allah pays his attention to you. If he finds no evil in you, your spirituality and energy, he gives you everything you want. If he does find imperfections in you, he will make you change. Without changing yourself, you won’t get anything. To change you, he will make you undergo many severe trials.

Islamic magic spells work pretty much in the same way


That is why Arabs and Muslims try so hard to live a pious life, unlike Europeans or Americans (that is why the fact that in Europe and the US Muslims are believed to be all terrorists sounds like a joke). Even though their religion just allows them to repay evil with evil, most Muslims are kind, honest and friendly people.

They help only those people who have undergone a lot of trials to become a better person. When this happens, such people are given everything they have ever wished for.


It has rituals to make up to 6 women fall in love with one man without being jealous or mad. Also, Islamic talismans can help you turn your worst enemies into your best friends.

Do you want to ask me if I cast Islamic magic spells? Yes, I do. If you want to order one, don’t hesitate to contact me. I’ll see what I can do for you.