Are spells real? For the first time a true spellcaster gives his readers an honest answer!!!

Today’s article is going to be in a format different from the traditional “Questions & Answers” one. Instead of answering to my reader’s questions (I get dozens of them every day), I will ask myself some (as if they were asked by you).

I have decided to do so because most questions on the subject of spells, such as ‘Are spells real?’, contain the reader’s speculation which, no matter if the author believes in magic or not, is usually based on some wrong statements and assumptions. Some authors even create their own magic or anti-magic systems when answering to the question “Are spells real”? 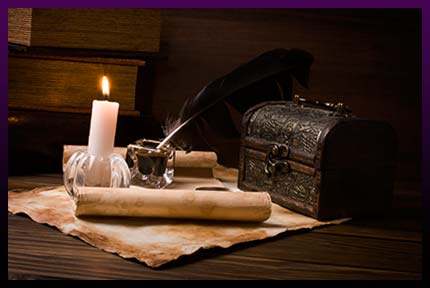 Well, are spells real or not? I will ask this question in many different ways to cover as many letters as possible.

‘Do you believe in magic?’

In Constantine, the main character, upon learning that he will go to Hell despite everything, claims his faith in God is enough to change it, to which he is responded that he did not believe, he knew. I am not trying to compare myself with Constantine or any other movie character, but I would give exactly the same answer. I do not just believe in magic. I know it is real. And I also know it can be used to do both good and evil.

If you claim they are, do you have proof?

Those who want to believe in magic need no proof. As for those who do not, they will not change their opinion no matter what proof you present them with, such as multiple quotes from great books, stories about magic changing people’s lives, etc. The only way to find out if spells are real is buying a magic ritual or a charm to see what will happen.

People who have never experienced the effect of magic are like those trying to convince everyone that Disneyland is not real, that all pictures and videos of Disneyland are phony, and their goal is to make people believe Disneyland exists. In their opinion, those who think it is real are members of some secret organization. I can understand such people. They have never been to Disneyland and they have never seen it. They are used to trusting their eyes, not their ears.

At the same time, how can one be so sure that Disneyland exists without ever visiting it? Moreover, can one claim it is a great and beautiful place to spend a weekend with family based on some commercials? What if it is not real? What if Disneyland is a conspiracy of some aliens, masons or the government?

To find out if Disneyland is real, you need to buy a ticket and go there to see it for yourself.

This is also true for magic. You cannot know for sure the answer to a question ‘Are spells real?’ until you order a ritual from a powerful spellcaster or buy a magic talisman. Until then, everything you say is no more than speculation resembling the Schrödinger’s cat experiment. You cannot know the cat’s fate until you open the box.

‘Are spells real? If they are, who and why invented them?’

Magic was not invented by anyone. It resulted from three principles which are both simple and complex at the same time:


It took me just a couple of minutes to describe it, while it took spellcasters thousands of years to create truly effective rituals. Nevertheless, magic is still considered a young science and many magic practitioners believe (not unreasonably) that the most amazing breakthroughs are yet to come. To believe in it, you need to believe in magic and stop asking yourself ‘Are spells real or not?’. 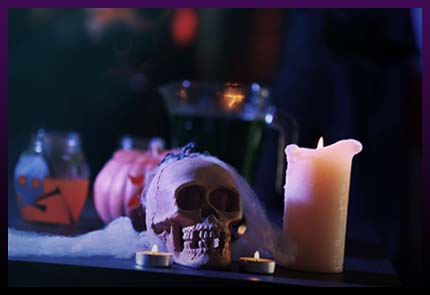 When treating a physical illness, a number of factors need to be considered:

If we consider a person from the energy perspective – all humans are immortal energy beings – firstly, the question ‘Are spells real?’ no longer needs to be answered, and secondly, all people can be treated in the same way.

Even ancient sorcerers knew people were copies of some higher energy being which was later called Adam the Perfect. It was called so for being free from all energy diseases which made him almost like a god. He could influence the world with the power of his mind and intention, and thanks to his perfect biological heath and ability to rejuvenate his energy he could live almost forever.

The goal of a true spellcaster is to awaken at least a spark of those energies in people which will be enough to rid them of illnesses, poverty, problems, anger, etc. – things which make people unhappy.

The more powerful a spellcaster is, the faster he makes it happen.

‘If you say yes to a question “Are spells real?”, then why don’t spellcasters live forever?’

Why would spellcasters want to live forever? The human lifespan is enough to accomplish our karmic missions and gain experience to make use of in our next lives. The more power spellcasters gain, the better they understand it. Magic practitioners are not afraid of death. As for our everyday life, all spellcasters live a happy and well-to-do life. They are healthy and have a lot of friends. They love and are loved.

Do you want a life like this, too? Do you want to see your problems replaced with happy events? Contact me and take advantage of my knowledge and skills to make your life happy! In my opinion, there cannot be a better answer to the question ‘Are spells real?’ than that.