Horror directors have three favorite storylines. The first one is about a family moving into a new house haunted by ghosts or evil spirits. The second one is about some friends going to the country where they fall victim to a curse or end up being chased and murdered by a serial killer. The third storyline is about obsessed people committing terrible crimes or injuring or killing themselves.

Is it all just made up? Is it just playing with the known? Can any of it be true? Why do so many spellcasters refuse to cast black magic obsession spells? That is our topic for today.

Dangers associated with black magic obsession spells for the target 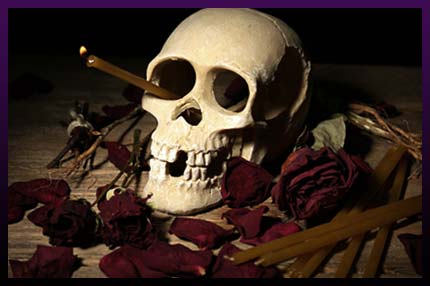 The sorcerers prepare to make contact with negative energy;

They cast their black magic obsession spells allowing them to approach one of the borders of this world;

There they open a portal leading to some evil parallel universe;

They use their magical powers to drag one of the evil creatures over into this universe through that portal;

They subdue the evil creature, make it their slave and then set it on the target;

The creature gets inside the target’s body and starts controlling his (or her) behaviors.

When it happens, the victim’s body and mind get disconnected. As a result, obsessed people feel like they are watching some movie in the theater. They can see and evaluate the characters’ actions and choices. However, they cannot influence them. They are just observers. That is what happens to obsessed people. They have no control over themselves, their actions, words, and desires. It makes their life unbearable. As a result, two out of three obsessed people commit suicide.

For this reason obsession spells black magic are often used for revenge. I have to admit that there is no better punishment than that. Even terminal diseases leave a chance for recovery, while obsessed people are doomed.

If a powerful evil creature has been called up, only a powerful and experienced magic practitioner can handle it. It is another danger of black magic obsession spells. Today many people try to cast such spells. But if you ask them what they will do when you want to end your suffering and get rid of the demon, they will have no answer. The thing is it is not that difficult to call up a demon and set it on the target. The difficult part comes later when you need to force it to obey you and especially to go back to where it came from – there are just a few dozen spellcasters in the whole world who are strong enough to do something like that.

This brings us to another danger, but this one threatens the not the target but the customer.

Dangers associated with obsession spells black magic for the client 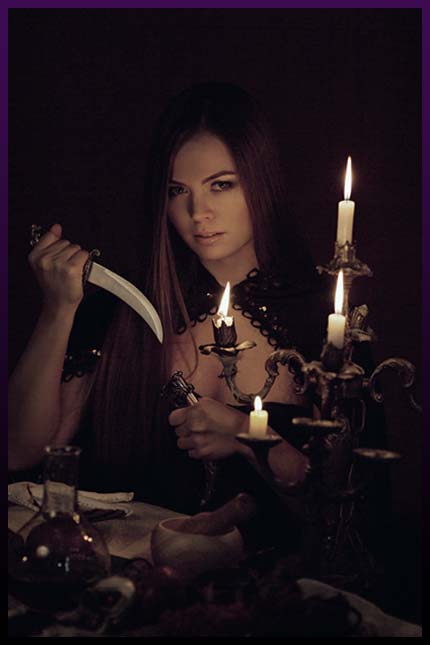 Below are several most likely scenarios of the future of victims of black magic obsession spells:

Their obsession spells black magic are never removed and their life never gets better;

The demonic entity transfers to the children of its initial victim initiating what is known as a generational curse.

The victim is a strong person who manages to get rid of the evil demon by himself or herself, even though it can take up to several years.

The most likely scenario is as follows: the victim reaches out to one of the superpowerful spellcasters to have the spell broken.

The evil creature leaves the victim in three out of four scenarios. Where do you think it will go? Oh, no, it is not going back to the Hell it came from! Why would it do it? Our world is its paradise with plenty of helpless and delicious prey.

However, there is one important law intended to keep the inhabitants of our planet safe. According to this law, evil creatures cannot get inside anyone they want. The tool enabling them to do it is black magic obsession spells. Without such spells, the creature will try to attack the one it is allowed to attack according to the same saw – the spellcaster’s client. The odds are you will not be able to fight your way free, so the creature will cause your obsession.

As a result, you will go through the same things you put the target through or even worse things. By this time the creature will be stronger and smarter than before. As you might know, obsession is easier to treat in its early stages. The longer the evil creature lives in the body of its victim, the harder it is to drive it away. Eventually, it may take full control over the victim’s consciousness or merge with it. When it happens, they become inseparable. Therefore, if you show any signs of demonic obsession, seek professional help as soon as possible. The sooner the treatment is started, the greater your chance of recovery.

It is almost impossible to remove obsession spells black magic without being a professional magic practitioner. To be able to do things like that, you need to devote your life to magic, read hundreds of books of magic, try dozens of esoteric practices, and recover after hundreds of mistakes. At the same time, you need to be strong enough not to give up and keep going no matter what. A professional spellcaster can make you feel better within a couple of weeks. The longest treatment is usually not more than a few months long.

Thus, it makes more sense to work with a powerful spellcaster to break your black magic obsession spells. To begin with, I examine my clients. When the cause of their obsession is identified and I know for sure what kind of demonic entity I am dealing with, I develop my strategy to rid the client of it.

Nevertheless, such spells are available for purchase

Since black magic obsession spells should be removed only by very powerful magic practitioners, it is logical to assume that obsession spells black magic should be cast by the same. Well, it is true. This is the only way to take advantage of such spells without putting yourself in danger. Life is unpredictable and can be very harsh and sometimes such spells are the only way to get justice (for instance, if you are dealing with a murderer, a rapist, a sadist, etc.). Spellcasters are perfectly aware of it and are always ready to offer their clients their effective but safe black magic obsession spells.

My top priority is always your safety. To minimize risks, I clear you from negativity to make sure the evil creature has nothing to stick to if it tries to attack you. Then I create a protective bubble around you and arm you with a special talisman for complete protection against negative energies.

After that I make a deal with Higher Powers which take your obsession spells black magic under their control. My job is to cast the proper spell. The job of Higher Powers is to take control of the demon and put it back to where it belongs – a place known as Hell.

All these things make my obsession spells black magic highly effective and safe at the same time. However, I have to warn you that I do not perform such rituals on the client’s first request, but reserve the right to refuse service.

For those who think they may have been put one of the black magic obsession spells on there is a video below listing the most common symptoms of demonic obsession, so please check yourself for them before you jump to any conclusions.