Removal of a loneliness spell

There are many good-looking and nice men who are single for some reason. They can’t find that girl they would fall in love with. Such men are not attracted by regular women. They’re looking for someone unearthy, someone who in dreams, as a ghost. It charms, fascinates them. Sometimes, men feel uncomfortable around regular women. They live in the world of their illusions. Trying to build a relationship with someone, the man becomes disappointed in the woman quickly, breaks up with her and starts looking for someone else. Or they can even make a decision to stay single forever and live alone.

Such behavior is often caused by witchcraft (used by witches who are not satisfied with their life). That’s how they give way to their anger, offence, envy. As a rule, enchanted men don’ understand their problem. They don’t listen to the opinion of people who want to help them (usually, these are their grandmothers and mothers, sometimes girls who’re in love with them). It’s not easy to remove this spell and the most difficult part is to persuade the man to do it (as he has to perform the ritual himself.)

The ritual to remove a loneliness spell should be performed when the moon is full, preferably on Thursday or Friday. 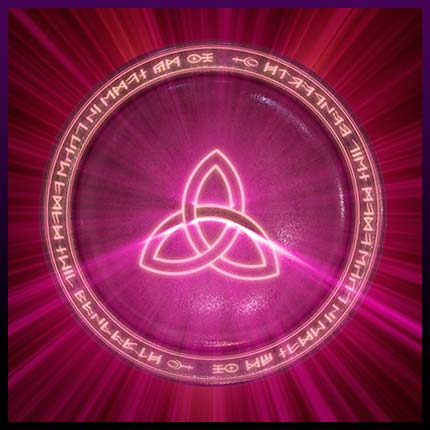 After 11 p.m. take a bowl of water and heat it up. Put a round wax or paraffin stamp into the water. The stamp should have a witch sign on it, which is either the witch’s name or something that you see in your dreams most often, such as eyes, hair, breasts (symbolic), or the word “witch.” Put the symbolic stamp into the water and say,

“Who are you, that poisonous witch in the heart of whom is the name of my trouble, on the tongue of whom is my enchantment, on the lips of whom is my poison, whose traces are followed by death? You are a witch, I will seize your mouth, seize your tongue, seize your shining eyes, seize your fast legs, seize your moving knees, seize your waving hands and tie them behind your back. Let the shining moon god destroy your body and throw you into the deep of the ocean and fire! Let your body, oh, witch, grow pale like this stamp!”

The water in the bowl should boil. When the stamp and, more importantly, the witch’s sign melt and the water cools, take the paraffin out of the water and wrap it in a black sheet of paper. In the morning, take it to the cemetery and leave it there.

Note that the windows must be open while the ritual to remove a loneliness spell is performed. Also, you must not perform this ritual on the 13th day of any month.