Black russian magic can give results faster than any other type of magic and, perhaps, can be compared only with the Voodoo Magic.

Black magic is an ancient Slavic or peasant magic. It has very dangerous hexes which are difficult to diagnose. Besides, modern occultists are not familiar with many of them. 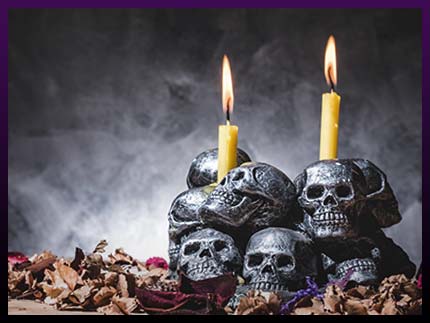 To diagnose and remove a hex, one you should know why it’s been put on you. So you should be familiar with types of black magic hexes.

In Slavic magic, hexes are usually put by performing a ritual, as a variety of a magical attack. In most cases it brings results. Slavic sorcerers thank their guardian angel or Rod for it.

In the first place, the sorcerer tries to weaken his victim’s protection field. There are many different ways for that. One of them is saying a prayer to the guarding angels backwards. Having weakened the protection field of a victim, the sorcerer usually begins putting a hex. The rituals are performed during the waning moon (any day can be chosen for it, unlike in western magic).

In Slavic black magic, the sorcerer prevents an occult war: he “locks up” his work which guarantees that the negative energy won’t be returned to him by other sorcerers the victim may go to for help.

People who want to achieve something with the help of Slavic black magic are mostly women. These are usually love spells (to preserve the relationship) or breakup spells (to stop the husband’s love affair with another woman). However, instead of using a sexual binding spell that may result in the husband’s impotency, they could simply hex his lover!

The purpose of the beauty hex: revenge, breaking a love affair, forcing the husband leave his lover (seeing how ugly she’s become).


The purpose of the disease hex: revenge, lovers and rivals (the head of a rival company starts suffering from high blood pressure and can’t run his business properly).


Used for vengeance in rare cases, when, for example, a close relative (mother, son, daughter) is murdered and the murderer gets away.

Even experienced magicians usually refuse to remove this hex. Family members start die one by one as a result of road accidents, suicide, etc. Within a year, the murdered and all his family die. 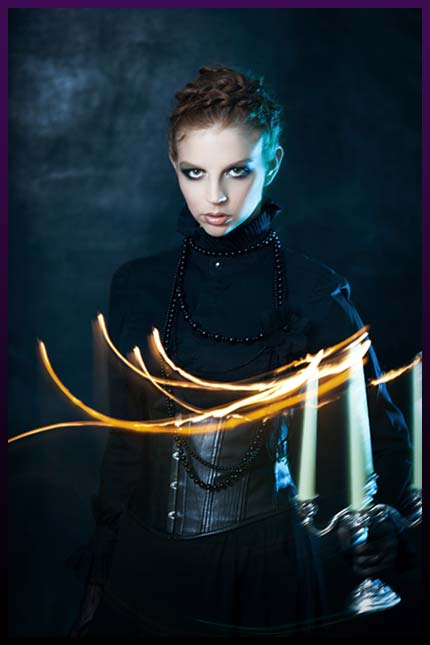 Some people are so bad that the only way is killing them.

Another type of death hexes are “early fruits.” It brings results very quickly (from 40 days to a year). Usually graveyard earth, garlands and other attributes which have the aura of destruction are used. For example, a photo can be put into a coffin with a deceased man.

Squint or blindness hex (put with the help of five-ruble coins which used to be put on the deceased man’s eyes).

Likho is an evil spirit which acts as a poltergeist. It can make weird noises, move objects, sets objects on fire, whisper, pinch and hit the owners of a house. It wakes up after midnight. The people living in the house get sick and unlucky. Consecration of the “hexed house” won’t bring any results, while psychics can’t stay there for long, as they feel very bad there.

A sorcerer performs a ritual and the victim starts hearing voices which drive him crazy (may lead to a suicide). The victim behaves strangely, gets aggressive, starts decaying slowly.

Placing a succubus or incubus

They are the so called demons of lust. They come to people to have sex with them (something on the border of the dream and the reality).

The female demon slowly sucks the life out of the man, he gets weak and sick.

The hex is put using the woman’s discharge (as a rule, a married man’s lover) and the name icon. It causes infertility and the woman can’t make the man be with her using their children. Usually, infertility is diagnosed by doctors as having been caused by various concomitant diseases.

Slavic sorcerer. Who is he?

Most black magicians look like ordinary people. However, according to some spiritual teachings, such as the Veda or Zoroastrism, they have marks which make a back magician look unattractive: limping, squint, different eyes (size or color), bumps on the back of the head, red hair, lock of grey hair, body hair of different colors, piercing eyes, moles arranged in a certain way, etc.

A Slavic sorcerer or witch will never cross himself/herself, although they may go to church (pursuing their own purposes).

A good Slavic sorcerer knows the runes and ancient symbols and spells despite his special vision. He also knows about such things as, for example, “Split hexagram.” It helps him find out if a person has been hexed or not, by whom and when.

Each hex is very dangerous, so it requires special knowledge and skill. A death hex can return to the magician and kill him. A good magician protects himself beforehand. Thus witchcraft turns into art. The simplest way to protect oneself is to shift the negative energy to an animal or set up an “animal protection shied.” Still there’s no guarantee.

A black magician is kind of a kamikaze, a desperate man. He may need earth from a graveyard or a rope a man hanged himself on… And it’s not easy to get those.

A black magician is relatively free, however those who come from a family of magicians claim that they can’t give up black magic as the evil forces will start “breaking them.” Thus, a magician can get sick or get into an accident. It’s the price they have to pay for their gift.