The ritual requires long and thorough preparation. To begin with, find five thick wax candles which will burn for a long time. You will also need two black thin church-like candles, a bowl of spirit or other combustion agent, white wax chalk, a needle or a knife. Make sure you have a fire-extinguisher within easy reach just in case. The ritual is quite dangerous and may lead to an accident. The needle or the knife should be disinfected not to introduce the infection in the wounds. Make sure you know how to make the figure of a man using thin candles. When everything’s ready, begin the ritual.

On a moonless night, carefully draw a pentagram inside a circle on the room floor using the wax chalk (a stencil can be used). Put the thick candles on the star ends and light them. Put the bowl with a combustion agent in the center of the pentagram. Make the figure of a man using the thin candles. Prick your finger with the needle or cut it with the knife and smear the figure with the blood. Think about your beloved one and say, “My blood – your love!” Use one of the thick candles to light the figure and throw it into the bowl. Focus on the man you love and say, “As my blood is burning and suffering, so will you, God’s servant (name), suffer from love for me!” This love spell is rather dangerous, so if it fails to work, I wouldn’t recommend you to cast it again. Call me and I will cast if for you.

“How much does your very effective love spell depend on the relationship duration?” 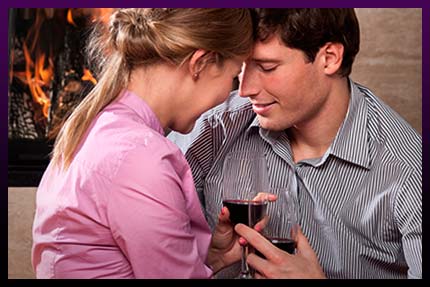 The power of a love spell does not depend on the relationship duration. If love has been fading, the magic practitioner has to do the same amount of work to restore it as when two people who have never dated are brought together. The effectiveness of a spell mostly depends on the spellcaster’s experience and magic abilities. It is important evaluate them correctly and not fall for black PR or untruthful advertisements.

“Why are same-sex love spells offered by a limited number of magic practitioners?”

The chakras of a man and a woman are like two pieces of a puzzle. If you put them together in the right way, the puzzle is completed. It happens because men’s and women’s chakras are focused or defocused differently. Thus,

1 chakra – it is focused in men and defocused in women;

2 chakra – it is defocused in men and focused in women;

3 chakra – it is focused in men and defocused in women;

4 chakra – it is defocused in men and focused in women.

The other chakras work slightly differently, so they are almost not used when love spells are cast.

Same-sex lovers have the same focused and defocused chakras. Such couple are together usually through their upper chakras, while their lower chakras are in complete disorder and confusion. To fix it and cast an effective love spell, the spellcaster has to be highly qualified and experienced. He needs to make the man’s chakras function like those of a woman, and vice versa, while keeping the client’s energies safe and sound and not changing who they are.

It is so difficult than the majority of magic practitioners do not even want to discuss it. The ability or inability to bring same-sex people together is how you can distinguish between a true spellcaster and an amateurish one. I take pride in the fact that I cast high-quality same-sex spells. If you need one to be with a woman or with a man, do not hesitate to contact me.

“Can I use a love spell to achieve career success?”

To begin with, I would like to clarify something. Do you want to know if you can put a black love spell on your boss to make him fall in love with you and give you a promotion or, for example, better projects to work on? Yes, it ispossible. Moreover, I have done it many times. However, I would like to warn you about something.

- To put a love spell on your boss, you are going to have to use black magic;

- Remember that you may be not the only one who came up with this idea, meaning some of your colleagues may be using magic too;

- Sooner or later, the love spell will stop working (the less you love your boss, the sooner). When your boss falls out of love with you, he may want to take revenge on you or punish you to compensate for the loss of balance our world is built on.

However, before using a love spell, have your fortune told. Thus, you will climb up the career ladder and quit your job before the love spell stops working and the backfire comes.

“Are there any age limits applying to love spells?”

There is just one rule. Magic rituals must never involve underage people. A child may not be a client, a spell caster, or the target of a magic spell. Upper limits are not applicable. Spells can be put on people no matter how old they are. So, in other words, if you want to be involved in magic, you should be 18 years old or older. 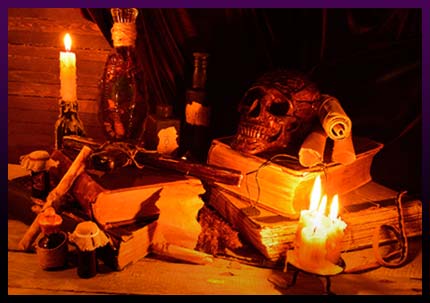 “The other day I found an article about some ritual which requires a lot of complex and rare ingredients. This is when it dawned on me! A lot of spellcasters lack diligence! I calculated the approximate amount of money I am going to need to prepare for that love spell and then I called a few magic practitioners. It turned out the rituals they offered were twice as cheap. It means they will not perform the ritual at all or if they do they will use some alternative ingredients to reduce the final cost. So their ritual will not be as effective as the one I asked for.”

As for Internet frauds targeting trustful users, you are right and we cannot ignore this problem. However, you cannot accuse all spellcasters of being frauds, especially on the basis of the criterion to evaluate spellcasters’ trustworthiness and performance you have chosen.

It is not news to my clients. My services are less expensive than your attempts to perform magic rituals at home. On top of that, the quality of my effective love spells is sure to always be much better.

“I need your help. I was madly in love with my former classmate and I used some effective love spell to make him mine. We got married. Eventually, I realized he was not right for me. There’s a huge social and intellectual gap between us. I’m a successful businesswoman, while he never got a college degree and he keeps changing jobs every now and then.

I wanted to leave him but he almost died. I tried to make him hate me, but the more I tried the more he seemed to love me. I learned that the love spell could be broken only by the one who put it initially. I tried to find the witch I worked with but it looks like she’s no longer offering magic services. What can I do?”

Your effective love spell can indeed be removed either by the witch who cast it or by a magic practitioner with more magic powers than that witch. Being one of the most powerful spellcasters in the world, I believe I can break the love spell keeping you and your husband together. You can place your order at my website any time and contact me as you find convenient (phone, Skype, social media, personal appointment).

In conclusion, I, spellcaster Maxim, would like to tell you about one of the most powerful love rituals almost no one can resist. Please watch the video about it which I am quite sure deserves not only your attention but also your like.