Homepage Articles Black magic spells MAGIC CIRCLE AS BLACK MAGIC PROTECTION
By: Spellcaster Maxim
Esoteric, astrologer, writer
A magic circle is a barrier that protects the spell caster from black magic beings. One has to stay inside the circle to avoid the influence of the demons called up while a black magic spell is casted. The circle should be outlined with a magical stick or a sanctified rock in a place where the ritual will be performed. Sorcerers believe that those inside this circle are safe from dark forces. They also claim that if the magician strikes with the magical stick, one of the demons will be forced to enter the circle and obey the magician until he lets it go. 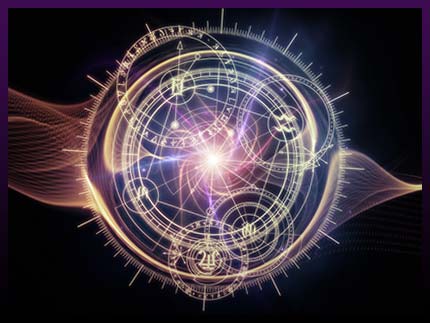 Natural magic circles are “fairy circles” (as some peasants from Western Europe call them). These are circles of green grass which is much darker than the surrounding grass.

How can you make a magic circle?


Before casting a spell, a spell caster outlines two circles. Circles are to be outlined at an intersection, in a deserted place or near a cemetery, one inside the other 15-20 cm apart. Two lines are drawn inside (crosswise), from north to south and from east to west. Magical symbols are drawn in between the circles, as well as spells to call up the spirits. The names of the main good and evil spirits (depending on the purpose of the ritual), controlling the season, day, hour, etc., are drawn in the center of the circle. Magical attributes are put in places where the lines cross the circles, such as horns, skulls, skeleton parts, bats, black cats’ heads, frogs and snakes. The magician should stand in the center of the circle while performing his ritual.