A voodoo protection amulet to make your life safe

A voodoo protection amulet for those who care about safety

Our consciousness is predictable. Often different people make similar conclusions with regard to something they hear about, even if they have different lifestyles, beliefs, education, and follow different religions. Thus, as soon as they hear about a voodoo protection amulet, they think of some item made with the use of magic and protecting against magic. 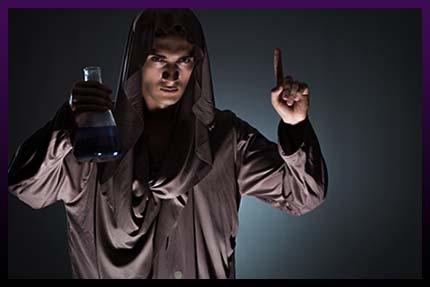 Such mental definition of this amulet is correct but one-sided. Voodoo amulets are indeed made with magic. However, they protect not only against black magic. If the life and well-being of each person depended only on spells put or not put on them, the world would be inhabited by happy and care-free people who do not know what disease, violence, loneliness, and poverty are.

Yes, magic is popular today. Sorcerers, healers and shamans seem to never have to worry about finding clients, even though just a small percentage of the world’s population uses their services. Out of all these people, very few use black magic designed to make enemies and haters suffer. Even though the chances of you falling victim to a curse are equal you being hit by a car (thousands of people die because of it annually), there is a small likelihood that someone will curse you or put a spell on you. As a result, when you see voodoo amulets, you just walk it by as something that can protect you only from sorcerers and their rituals.

Well, you are wrong. Powerful voodoo protection charms are designed to provide protection against all kinds of problems which number, to my regret, keeps growing. The world and technology become more and more complicated. The speed we travel at keeps rising as well. To survive, we need to apply less effort than before. At the same time, society becomes more and more aggressive, with accident and injury rates keeping going up. As environmental pollution increases, the quality of both, the food that we eat and the air that we breathe, goes down.

According to scientists, an adventurer travelling alone in the Amazon rainforest or African savannas is less likely to be killed by a predator or a poisonous snake than a person living in a big city to be killed by a gunshot, a bus, in an elevator accident, or due to food poisoning.

Our world is not very friendly. The number of dangers surrounding us keeps growing. So buying a talisman for protection against voodoo is the least you can do for yourself.

If you have ever been to a magic store, you already know that voodoo amulets come in different shapes and sizes. They can be made of different metals and be inscribed with different voodoo protection symbols, with each symbol filling the amulet with certain powers. 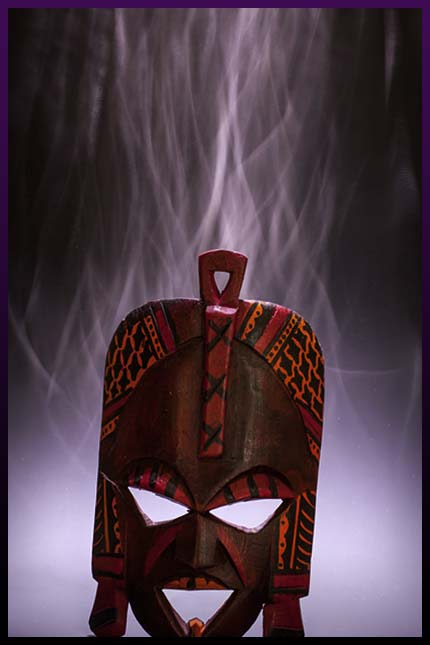 The majority of amulets offered for sale are made of metals. However, such amulet production methods were not known to the Africans who invented voodoo magic. They made their amulets in a completely different way.

The most common African voodoo talisman is a gris-gris amulet. A gris-gris is produced for each amulet. To make a gris-gris, special materials are selected. The gris-gris is sewed on a day selected according to the lunar calendar and on the appropriate voodoo holiday. Then special symbols are applied to it. Besides, the spellcaster can put some extra items inside the bag to make the talisman stronger.

You should work with gris-gris amulet on a regular basis to improve its protection properties. Let us assume you want to make an amulet protecting you against car accidents. To this end, the amulet should contain some items which witnessed someone surviving a car accident. Let us assume you find a car damaged in a head-on collision which driver was not hurt. To make your gris-gris amulet even stronger, put a tiny piece of the lining or painting inside of it and never take it out.

Imagine that you want to make your poverty protection amulet stronger. Go to the richest of your friends and take your talisman with you to introduce it to the energies of a rich person. Also, ask your rich friend for a coin to put it into your gris-gris bag. The more coins given to you by successful people you put inside your gris-gris amulet, the stronger protection you will be provided.

Voodoo amulets can provide protection against:

If you want to protect yourself specifically against voodoo magic, you have two options:

Both options are great, provided both the amulet and the spell are bought from a powerful spellcaster with excellent protection magic skills. There is one difference thought. Amulets and talismans tend to become more effective over time, and it takes a while before they start to actually protect you and eventually reach their full protective potential. Until then, you remain vulnerable to magic attacks.

Protection spells, especially those cast by a knowledgeable spellcaster, take effect immediately. They break the spells your energies and your soul are infected with, and prevent subsequent magic attacks. However, spells tend to wear out and one day they stop protecting you at all.

For this reason wise people do not choose between a protection talisman and a protection spell when they want to be protected against magic, specifically voodoo magic. When they find a good spellcaster, they buy both, the talisman and the spell. The spell delivers immediate relief, handles the first attacks and eliminates the most severe repercussions of black magic. As for the voodoo amulet or the voodoo talisman they receive a little later, it makes sure those things do not happen to them in the future.

I, spellcaster Maxim, hope that you will do the same. You will take full advantage of magic and will not choose between ritual spells and voodoo protection charms. For all-round protection, buy both and protect yourself against witches, sorcerers, evil eye, curses, and wild black energies. 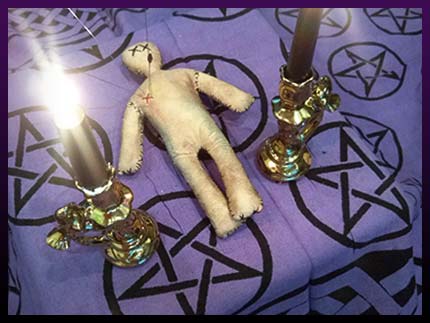 If you choose a voodoo talisman for yourself, pay attention to the symbols applied. Each of the voodoo protection symbols has a meaning and you need to be able to interpret each one of them. Below are some common magic symbols and their interpretations:

Rhea is a royal symbol as it engages one of the most powerful voodoo spirits. It should be applied in special cases and on major holidays. If you call up this spirit for nothing, it will be very difficult to make it leave without harming anyone.

This spirit is most willing to serve people who are kind and do not do evil, who care about their family and other people. Beginning spellcasters should avoid this spirit as the price for its help can be way too high.

Pomba Gira – the symbol of this spirit makes the amulet highly effective in solving love problems. This symbol is more effective for women and is commonly used in women’s magic. But remember that the items inscribed with this sigh should not be used by women having drinking and sex problems, as the sign can take these problems to a new level transforming them into life-threatening addictions.

The spirit called up with this sign is still considered to be very kind. As a result, it is always eager to help kind and cheerful people. Nevertheless, this spirit is unpredictable and uncontrollable, so even practiced magic practitioners find it extremely difficult to keep it under control. This spirit is engaged for love rituals performed through sex or on the second chakra, and for curses put to make the enemy lose control over themselves and embark on the path to self-destruction.

This symbol is never used in amulets for protection against voodoo because it is likely to have a negative effect on the owner of the amulet.

The symbol of Tranca Ruas is applied to amulets and talismans to stop enemies from moving forward. It helps defeat rivals and neutralizes the actions of the people plotting against you or the people who have already caused you some harm with magic or in a non-magic way. This symbol makes sorcerers incapable of casting black magic spells, leaving them vulnerable to magic kickbacks.

More information about voodoo symbols can be found in the video below.