Ancient amulets throughout the centuries

How to use ancient amulets today

“Amulet” means a protective charm. It was believed to possess magic properties of guarding or protecting people and animals (especially warriors and their horses), houses, tools and weapons from evil demons and envious people. Ancient amulets were made of amber, precious stones, hair, teeth, etc. Amulets were worn as pieces of jewelry on the neck, on the fingers or on the hand, sewn to clothing (for example, metal plates). Clay amulets, made in the form of masks, hung on the walls in homes and workshops. 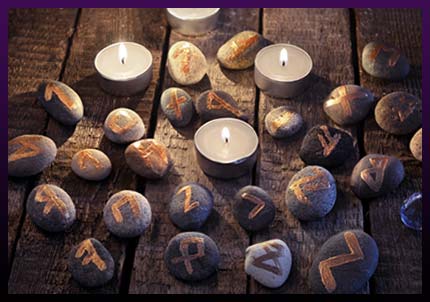 Today, some talismans are created for specific applications, for example, to prevent accidents or to win in a sporting event. Some talismans come with a spell put on them by a magic practitioner, sorcerer or shaman, while others, such as, for example, a horseshoe for luck, come without such spells. I offer powerful talismans with magic power from sacred places of power from all over the world. I cast a spell for each item I make to bring the required changes to your life. You need just to pick a talisman at my store and your dreams will start to come true. The only thing you need to do after purchasing your talisman is to keep this news to yourself.

According to some legends, when a person finds a stone, this person will have good luck and health. When a stone is given as a gift, the person who gets the stone should be kissed to have good health and luck. My talismans can be used to help third parties too, provided these third parties do not know about it. Just bring a talisman to the house of your friend and hide it. Your good intentions coupled with the power of the talisman will bring positive changes in the life of your friend.

The most popular ancient amulets

One of the talismans which are still in common use is a stone with a hole, also known as Chicken Gods. In ancient times, these stones were believed to have the properties of protecting animals and houses from otherworldly evil forces. In some provinces, the Chicken God was kept in kennels to protect the dogs and the cattle. 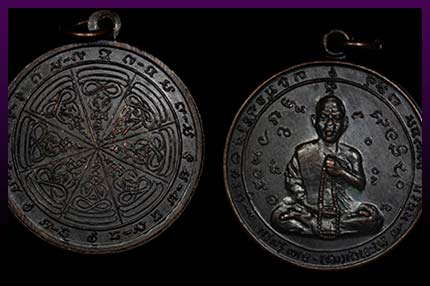 Similar Gorgon masks were found in ancient and primitive nations located in Peru, Thailand, and other countries. Ancient Gorgoneions found in various places in 750 BC were a symmetrical image with big fierce eyes, a flat nose, and flared nostrils. The mouth of the Gorgon was always open in an eerie grin, showing its sharp and scary teeth. Instead of hair, the face was covered with curly snakes.

Another ancient talisman is a half moon-shaped lunula. It is one of the most popular charms worn as a part of the women’s dress throughout many centuries. With a variety of forms and techniques of execution, all lunulae bore resemblance to the Moon symbolizing fertility and femininity.

This amulet should be used by women. If you have trouble getting pregnant or feel like you lack femininity, carry this amulet with you at all times.

First lunulars were made many centuries ago. Three-horned lunulae are found in Bronze Age monuments. In late Roman times, the crescent-shaped amulets were common among the peoples of Europe and the Middle East. Enamel lunulae were typical of the Dnieper area and belonged to the Kiev culture. I can make any of these types of lunulae for you.

The most effective of lunulae are silver stamped talismans made in the 10-11 centuries. Back then lunulae were mainly worn as pendants. Today it is better to wear it under your clothes so nobody could see and touch it. Otherwise, it can lose its power.

There are broad-horned and narrow-horned lunulae. Silver wide-brimmed lunulae are the products of Russian jewelers of the X-XI centuries. All lunulae are almost equally effective, so choose the one you just like more.

Wide-horned lunulae were first used in the late 10th – early 11th century. Narrow-horned lunulae are characterized by floral ornaments in the form of two branches and a geometric pattern of lines and balls. Then new types of lunulae appeared, including sharp-horned, closed, included in a cross, etc.

First lunulae were made in the III-IV centuries. A variety of amulets can be made today possessing the same power – to make the owner more feminine. If you want, you can buy several different talismans, for you and your girlfriends or female family members, and watch one another becoming more feminine.

Cheap cast broad-horned and narrow-horned lunulae, which were the products of local village jewelers, predominate in the women’s metal clothing of the average rural population of the north-west and north-east of Russia throughout the XI-XII centuries.

Such talismans were immensely popular in those days and can be extremely useful today. Choose any talisman you like at my store and feel the centuries-old power in your hands and in your life!