Charms which make you stronger

Amulets and their meaning is a topic that worries many people. It is important to know what talisman you need to choose the right one. Before buying an amulet, find out what it means, if it suits you, and if you can handle it.

Charms and amulets for protection 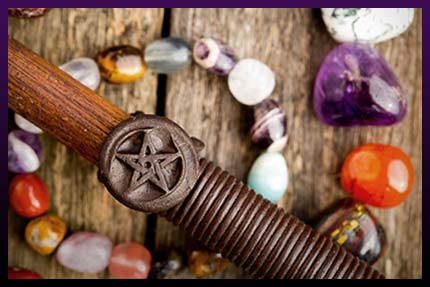 The pentagram is a sign symbolizing the shield. It is able to protect you from negative impacts including:

Mascots are mainly used to protect the sorcerer during complex rituals associated with calling up demons. The sign allows not only to be protected from negative influence, but also to return the evil spirit to the world from which it came and close the corridors between our and the other world.

The Egyptian Cross of Life is a common and widely used attribute. The sign itself means a second birth. It is able to endow its master with great power and protect from witchcraft. It is the key that can open the gates leading to the world of the gods. The person who wears it is forever protected from disease, accidents and troubles.

Astrological mascots. This unusual amulet appeared in the 18th century. It is strongly recommended to wear for sailors who need protection on long-haul journeys. The talisman helps not only become invulnerable, but also contributes to the accumulation of wealth. Sailors believed that they would certainly find treasures if they went on a journey with this amulet. The symbol will help make a good trip and protect you from troubles.

Seraphim is a strong Christian amulet symbolizing a being that is near God. If you wear this amulet, you will be under the strongest protection of angels. You can make the effect of the talisman stronger if you use prayers from the evil eye and hexes. So you will never become a victim of negative influence.

The key of Solomon is a talisman that protects its owner from sorcerers and evil spirits. This amulet is even stronger than the pentagram, and is activated as soon as it feels that the owner is in danger. Sometimes this talisman can make you completely invisible to evil spirits.

The magic stamp with the inscription “Time passes irrevocably.” This Chinese amulet can not only neutralize the negative programs with which somebody is trying to influence you, but also significantly change your perception of life. It is able to erase from your memory your old grievances, pain, hatred and regrets. Wear this amulet if you feel emptiness in your heart and the stamp will help you cope with this feeling.

The sword of Themis is an instrument of justice. It is only those who want to protect themselves from otherworldly influences, but do not want to cause trouble to people, should wear this amulet, like the Torah or the Celtic cross. If you are insulted undeservedly, then the amulet will punish the offender, but if you do harm to other people for no reason, the evil you do will come back to haunt you.

The anchor is another popular amulet for sailors. It was believed that in the long voyage it could protect from illnesses, bad weather, and other misfortunes. Today, the talisman is advised to be worn only by men, since it can enter into conflict with female energy. The amulet helps the owner have faith in oneself and find one’s life purpose.

Charms of love, amulets and their meaning

Yin Yang. This sign is very multifaceted, and one cannot say it is only used for love problems. It represents two beginnings (male and female), due to which it is a symbol of unity. If such a charm is in the house, then your marriage will always be strong. The amulet blocks the destruction in the protected area and promotes the creation of everything new (new life, achievement of new successes, victories, etc.). In addition, the amulet can be used as a protection against enemies and evil spirits.

A shadoof with a peach fruit is a rare amulet which came from ancient China. It must be worn by women who want a strong family, children and a happy life in marriage. The amulet is worn by a woman until she gets married and has her first child. After that, the amulet should be kept in the Children’s Corner (according to Feng Shui).

Amulets which attract happiness and wealth 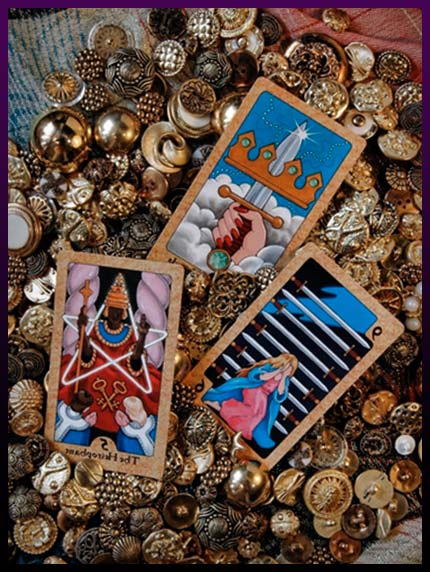 The coin of happiness. This Korean talisman is capable of bringing to the owner unprecedented good luck and profit. You will be accompanied by success in all undertakings. The coin attracts success, luck and well-being like a magnet.

The wheel of fortune is one of the most powerful talismans for attracting money. It is used to multiply wealth. Even if you are an avid gambler, and it is hard for you to stop in time, the amulet can do it for you. It will let his master know when to stop and pick up the winnings. The wheel of fortune simply draws profits to its owner and helps get profit even from the most difficult situations.

The triskele amulet is one of the most famous Celtic amulets. It symbolizes harmony with the outside world and internal balance. The amulet contributes to the accumulation of both spiritual and material wealth. All four elements are intertwined with infinity in the amulet. This suggests that the amulet will attract justice and your work will not be undervalued. The asymmetry in the amulet has a beneficial effect on self-sufficiency.

A horseshoe for good luck. This amulet is familiar to all. It is often hung up on the door to bring money to the house. A legend says that the horseshoe began to mean prosperity in the Middle Ages, since at that time only a very rich man could owe a good horse. To make the mascot attract money, the horseshoe must be hung in a proper manner.

The amulet of the sun is a well-known amulet that can not only heal a sick person, but also protect him from other ailments. It is believed that due to the fact that the amulet symbolizes the main star, it accumulates only positive energy sufficient to cure sick people.

The amulet gives to its master a great willpower and vitality. The talisman can help cure physical illnesses, as well as psychological diseases. If a person has been suffering from depression, neurosis or other similar ailments for a long time, he should wear the talisman for a few days to recover.

Alpha and Omega with a Christ monogram. The talisman consists of the first and the last letter of the Greek alphabet, which indicates that this symbol embraces all that exists out there. The charm gives its master perseverance and unprecedented willpower, allowing him to cope with the most serious ailments.

It is believed that a person with physical disabilities wearing such an amulet can easily succeed in any field of activity. Also, the amulet is considered a symbol of knowledge, as it is endowed with the eternal motto of the winners: In hoc signo vinces (Under this sign you will win).

The Spirit of the Sun God is an Indian amulet that presents luck and health. This talisman is capable of charging a person with such a powerful positive energy that the barrier forming from it will reflect any diseases, negative programs launched by sorcerers, adversities and problems.

I will be happy to make any of these talismans for you, or anything else what you desire. Let me know what your problem is or what wishes you have, and I will offer you the best talisman to meet all your needs and change your life for the better.