Egyptian magic originated in the pre-dynastic era and laid down the foundations of religion. It existed in two forms. On the one hand, it was used for the benefit of the alive and dead, but on the other hand it was used for arcane rites to do harm to the people it was aimed at.

Some believed that Egyptian magic was given to the people by Isida to ward off illnesses, nightmares and strokes of misfortune, as well as provide a safe eternal afterlife to the dead. J. Freser emphasizes that all Egyptian funeral ceremonies were exactly like a ceremony performed over the dead body of Osiris by Anubis, Horus and other gods. All funerals had a mystery play, the one that was performed over Osiris, when his son, sisters and friends, who gathered around his mutilated corpse, with the help of charms managed to turn his broken body into a mummy that was later revived and given an opportunity to start a new life beyond the grave. 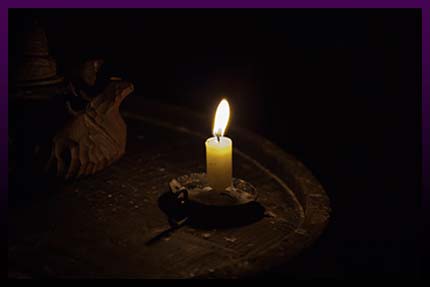 Magic is based on a man’s belief in the ability to influence an object by applying to supernatural powers. The ancients believed that influence wasn’t limited to a particular person or thing. By charms, prayers, eulogy and propitiation in respect of the superior beings, one could influence souls of the dead, spirits and gods. The magical technique is described in The Book of the Dead that contains charms and spells a deceased person or the one who performs the funeral ceremony should know. Such influence is possible by means of making and using “holy objects” such as fetishes, amulets, talismans. However, the magical force should be directed not at the object but its substitute.

Amulets were believed to protect the body of an alive or deceased person from destructive influence and attacks launched by visible and invisible enemies. In ancient times, in Egypt, the one had to say a spell while putting an amulet on an alive or dead person. Since only trained priests were allowed to use the power of prayers and magical words, they began engraving the words on the amulet, thus making it twice as powerful. The “words of power” could also be written on papyrus to be put together with the amulet on the body of the deceased one to help him subdue gods to make them execute his will. Speech magic, used in funeral ceremonies for thousands of years and also mentioned in The Book of the Dead, reflects the importance ancient Egyptians attached to the word. A man’s, spirit’s or god’s Rin-name, being a secret part of his being, is endowed with special magical powers. As one myth runs, Ptah (or Ra) created the world by force of word. Distributing Rin-names to objects and living beings, he defined their essence and place in this world. Knowing his true name gave power to its owner, while objects with no name didn’t exist for Egyptians. Immortalizing the man’s name in inscriptions, they immortalized his life.

There were various amulets. For some of them, design, shape and material were regulated. Besides, any ring, pendant or other jewelry that had a god’s name, emblem or picture on it, turned into a protection amulet. It preserved its powers until it broke down or the inscription became obliterated by age.

Along with amulets, ancient Egyptians believed that the figurine of any living creature may be given the spirit of the one it represents. It was applied to the so called ushabtis that used to be put together with the deceased. Work for the benefit of the dead pharaoh – such as construction and decoration of his tomb, performing rites, offering – was not a heavy burden (as we know now, not slaves but free people participated in construction works); it was a sacred duty, a necessary magical act to ensure divine balance.

Three main principles can be singled out in Egyptian magic: the principle of similarity, replacement of the whole with its part and magical power of the word. Moreover, Egyptian religion is literally imbued with magical perception of the world, it prevails there, especially regarding the afterlife. 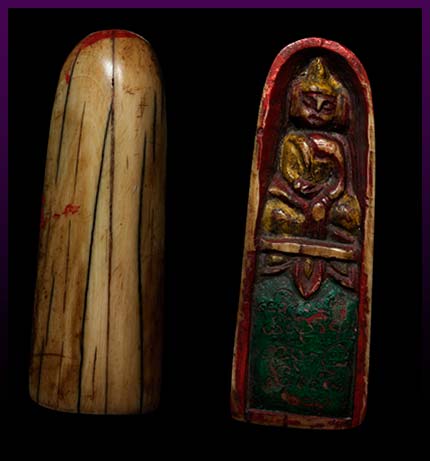 Egyptians’ attitude towards magic is described in The Teaching for King Merykara. From lines 131-135, we learn that the god (we don’t have his name) created the sky for people, suppressed chaos and so on. The author continues in lines 136-137, “He has made for them magic to be weapons to ward off what may happen. Be watchful over it by night as by day.” So, magic was created by a god to serve people. Magic is a revelation of the deity. Many very old books on magic are still extant. They can be divided into two groups:

1. magical texts to be used in this life;

2. magical texts to provide a safe eternal afterlife to the deceased;

3. magical texts for people to contact the deceased and supernatural beings (gods and spirits).

The first group includes curative texts, if we can say so. Illnesses can be of two types: which causes are clear (wounds, poisoning, burns, etc.) and which causes are unknown (as if an illness appeared for no reason). Egyptians used to have their own etiology. Ancient Egyptian medicine inherited the perception of the world of the ancients. Old medicine texts describe mutually exclusive principles: treating a patient according to traditional scientifically-explained medical principles and with magic.

As seen in medical texts, Egyptians knew the value of knowledge. However, they never got to free their medicine from a heavy and unnecessary burden of magical outlooks. According to these outlooks, an illness is caused by evil spirits of the deceased or some beings like demons. Entering the body of a human or animal, they torture it, and only the power of magic can exorcise them. An illness can also result from the evil eye of some enemy. This caused Egyptians to develop and expand use of magic in applied medicine. For example, in the demotic magical papyrus of London and Leiden (XX recto 13/II), in a text that dates back to the beginning of the third century P.E., it’s offered to take a shrew, drown it and give the water to a person to drink – he’ll go blind. Or “a tincture of wine and shrew bile will kill the one who drinks it.”

Egyptians were aware of the movement of celestial bodies, so they laid the foundation for astrology. They also introduced the notion of happy and unhappy days.

Egyptians believed in prophetic dreams and their interpretation, which can be seen in old Egyptian monuments. There are a few texts about prophetic dreams some pharaohs had (involving appearance of gods) and their consequences. For example, in a text known as the Princess of Bakhtan; in tales about high priests of Memphis – about a wife who learned from her dream how to acquire an ability to give birth; in a tale about Ra-Osiris, where Pinehesy, a son of Horus, saw Thoth, the god of knowledge, in his dream who armed him with magical knowledge.