Homepage Articles Magic GENITALS IN MAGIC
By: Spellcaster Maxim
Esoteric, astrologer, writer
For many years, menstrual blood and sperm have been used by magicians and sorcerers in various magical rituals (not always black magic ones). Below is what Paul Sedir tells us about peoples’ attitude towards genitals in his Gender Magic. 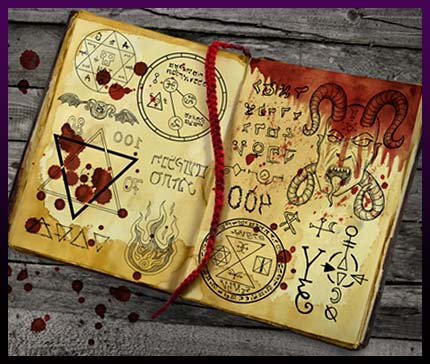 Everything that has to do with genitals is used in witchcraft. First of all, it’s menstrual blood. If fruit trees start to wither and lose fertility, a young woman washes her genitals during her period and sprinkles this water over the trees, saying, “You haven’t been watered with this flower yet! Look – here comes the flower and you start blossoming in front of the whole world. I can’t live without my flower and you don’t live without fruits!” Before plowing, grains are wrapped into a shirt that belongs to a young woman who’s had her period for the first time; according to an old belief, it will give rich harvest.

Women feel the effect of this poison; if it’s applied to certain body parts, the women lose their ability to bear children. ” Sperm is also widely used in magic. Building a house, a man puts some sperm under the foundation. If a woman wants to have smart children, she has to take some sperm of a man to her bed. A person wanting to remove a love spell put on him, should masturbate, saying, “Let happiness help me in life, let no woman do me harm and I can sexually satisfy myself.” South Slavs make amulets from animals’ genitalia. A cat’s testicles are kept in a notebook to ensure successful business.

A goat’s testicles are put to a pigeon loft to protect oneself from the devil. Genitalia of different animals are used to treat impotency: foxes, wolves, deer, etc. While animal’s genitalia are given priority to by more primitive civilizations, more developed ones prefer the fascinum (amulet). It protects people from witchcraft of various forms, especially the evil eye curse. The talisman has different shapes, but the penis is always the key element.

A fig is also a popular form of talisman. In Portuguese, figs are still believed to be powerful amulets which can protect form evil eye curses and other curses. This gesture is popular in many Romanic, German and Slavic lands. Even though using figs in our everyday life we are likely to mean something else, rather than driving the devil off, the fig is a union of male and female reproductive organs. This gesture originates from an old belief that a person who exposes his genitalia scared evil spirits away and destroys the influence of sorcerers.