Homepage Articles Mysticism Life After Death
By: Spellcaster Maxim
Esoteric, astrologer, writer
Life after death – is there life after death? We ask ourselves this question every time someone we know dies. Current scientific researches no longer reject unfairly many metaphysical propositions which came to us from different religions and centuries of observation. We come across many publications proving groundlessness of materialistic conceptions of the past. As medicine develops and more people come back to life after being clinically dead, there are more testimony confirming the existence of the underworld, life after death or, if you like, life after life. The humanity is on the verge of a revolutionary breakthrough, a qualitative leap in our development and evolution. Below are some articles touching on a topic of life after death, existence of a single creative origin in the universe, or in other words existence of our “Creator and God,” as well as the only true continuation of life after its (note!) biological death, as our soul is eternal and continues living, but on the highest dimension of its being.

Is there life after death? 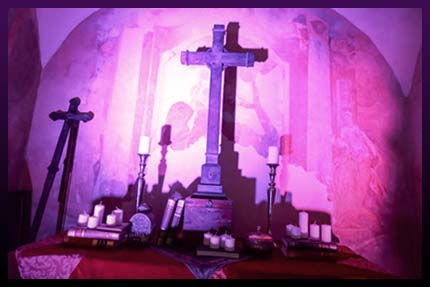 Yes, there is life after death. Scriptures and tracts of ancient civilizations, canonical religious teachings, and Tibetan explorers confirm that there is life after death, but humans, as material beings, want to get scientific evidence. Some scientists have it. When a man dies, the body gets 60-90 grams lighter, and a halo can be seen around the head. This indicates the moment this man goes on his last astral journey in his lifetime. In case experimental data and a hypothesis about our etheric body leaving the physical body of the deceased are confirmed, religion and science will finally agree that life doesn’t end with the last breath we take.

One of the most important aspects of life is a question regarding the finiteness of our being, and realization that our biological death is not the end of life will help people overcome the fear of death.

The Tibetan Book of the Dead is one of the greatest Oriental texts describing what happens to the soul which is leaving the body to take a journey towards another life. In Tibet, a lama who has a clairvoyant skill and proper training sits by the bed of the dying man and is connected to him telepathically to watch as his soul leaves the body. Regardless of what skeptics might say, Oriental people are confident that there is a possibility of life between life, or life after death, if we case say so. The word “death” is a relative phenomenon and concerns only our physical body – it’s just a consequence of a biological process.

The Book of the Dead describes the way a soul rises above the body hovering in the air, and its experiences; it can see a thread connecting it to a motionless dead body, the thread gets thinner and, breaking, frees the souls. The soul flies up where it recognizes its relatives who died earlier and came to meet it, but until the thread isn’t broken, they can’t help it.

Death is one of the mysteries haunting many generations of intellects. We fear it, now knowing that peace and further development expect us after it. Think about it: we didn’t suffer before we were born, we just didn’t exist.

If people knew how great they’d feel after leaving this world, they wouldn’t want to live and suffer here. It would lead to multiple suicides which is a sin. So people come to this world fearing death the way our Creator wants, so the nature itself prevents us from taking our own life or attempts to satisfy our need for “death.”

All our fears vanish when death comes, as the body produces certain enzyme which neutralizes them. So nature took care of this, too. If you are still afraid of death, don’t worry, it’s normal. People should live in this world as children should go to school. We come to this world to learn and improve ourselves. But a person who has experienced his soul leaving his body, his second true state, astral body and opportunities, will never agree that death is the end of everything.