How to put a love spell on a man

Homepage Practical magic How to put a love spell on a man
17.01.2019
By: Spellcaster Maxim
Esoteric, astrologer, writer

Tip 1. If you want to have someone put a love spell on a man, try to find a male spellcaster. Energy similarity allows male magic practitioners to achieve greater results.

Tip 2. Be careful while working with witches. Their energies may cause the target to develop impotency or hormonal disorders.

Tip 3. To influence the mental field of a man (the way he thinks), work with older magic practitioners. Their wisdom can make the target smarter and more patient, ensuring that the man loves and understands the client. To influence the man’s bodily functions, work with middle-aged spellcasters. Yet remember that likes draws to like. A spellcaster with low physical energy levels will not be able to cast a good sex or love spell. 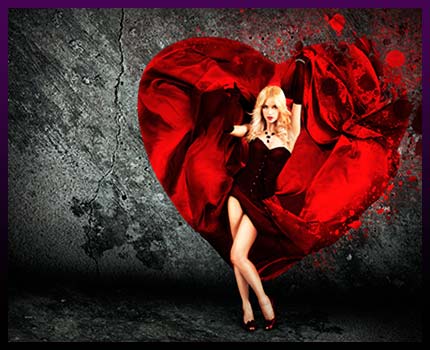 Tip 4. If you want to use love spells for men, you are going to have to prepare for it. It is rather easy for a powerful spellcaster to cast a love spell. But if you want to make your love spell stronger, try to get not only the man’s photograph but also his hair samples, leftovers, dirty clothes or some sperm. Keep them in an envelope without showing it to anyone or their energies will be destroyed.

Tip 5. If you are in love with the man who you do not know in person, find a way to introduce yourself to him. Otherwise, the spell cannot be cast. Virtual communication counts too, provided you use your real pictures.

Tip 6. When you use social media to meet a man, do not make one of the most common mistakes made by women – do not upload only the pictures in which you look good. Upload both good and bad pictures of yourself. Let the man see the real you, including when you are tired or upset, wear no makeup or need to lose some pounds.

Once my love spell failed because the client uploaded only her portrait pictures. She looked skinny in those pictures, while in fact she needed to lose about a hundred pounds. The man opened his heart to one woman, the one he met on the Internet, but came to the date to find someone else. He was so disappointed that the energies of the spell dissipated. Fortunately, after he got used to her appearance, it was much easier to put a love spell on him and eventually he accepted her the way she was. So do not be afraid to show the real you. Do not try to mislead your man. If your spellcaster puts a strong love spell on a man, the man will fall in love with who you are.

Tip 8. Do not put a love spell on a man if he is an alcoholic, drug addict, has mental disorders, or is sick. For more information please read the articles about it which are posted on my website.

Tip 9. Love spells for men do not work if the man is currently in love. So the love spell needs to include two rituals: one ritual to end the man’s current relationship and one ritual to put a love spell on him.

Tip 10. Black magic rituals strengthen the man’s negative character traits, while weakening the good ones. When you put a white magic love spell on a man, it improves the man’s personality.

Tip 11. Never try to put a love spell on the man you do not love. There are no love spells for men designed to be used for revenge. It does not matter who you want to get even with, a man or the woman who loves the man. Either way, such experiments end badly for you.

Tip 12. There are no multipurpose rituals. So do not trust people offering you to put a love spell on a man to make him love you and to increase his income. Love spells for men promising love and heathy children do not work, either. The effect of a spell is progressive and one spell can improve only one aspect of your life.

Tip 13. When you order love spells for men from a spellcaster who you do not know well, ask him about his methods. People have seven chakras and the majority of love spells are put on five of them (depending on the energy levels of each specific client). As a result, love spell casting methods vary widely.

This is why you always need to know how exactly your love spell will be cast. 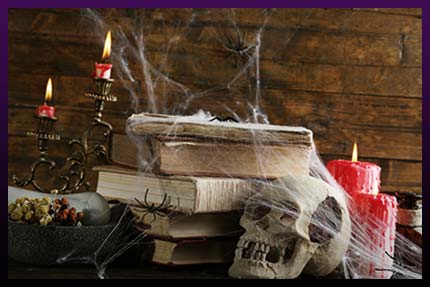 Tip 14. If it turns out the spellcaster uses only one method which does not suit you, do not use his services. Your relationship will develop according to one scenario which can be modified only by another spell. Never put several love spells on one person but try to find those love spells for men which do not need to be modified and which can give you the desired results right away.

Tip 15. Keep in mind that the man can disappoint you and that one day you may fall in love with another man. So make sure your spellcaster can cast a love spell on a man and break it if needed. Sometimes women fall out of love with the men they had a love spell put on but cannot get rid of them because the magic practitioner does not know how to break the spell. So discuss this possibility with your spellcaster in advance.

Tip 16. If your magic practitioner tells you the love spell is not going to work if you do not buy one of his amulets, do not work with him. In general, it is pretty common and effective to protect a relationship with magic amulets. For example, you and your beloved may be so different that you will be pushed apart like magnets despite your love spells for men. A good amulet can remove the differences making the partners love each for who they really are, despite all their flaws.

By the way, such relationships can be very strong because the partners never get bored of each other.

Tip 17. Be careful if you want to use magic to influence a man with children. A lot of rituals end all previous relations making the target completely free. If you break the bond between the father and his children, you will ruin your karma bringing suffering and love problems on yourself.

Tip 18. If you are going to cast a love spell on a man or have one cast on a man, make sure the date when the ritual is performed is as remote from your period dates as possible. If you cast a love spell during your periods, the spell will likely attract some hellish and destructive energies and forces.

Tip 19. There is no such thing as instant rituals, so prepare to wait for the first results for up to several months.

Tip 20. Before you leave my website, please find and read my articles about choosing a good spellcaster and how to avoid fraud. It will allow you to find the right magic practitioner for your love spells for men. If you have any questions, do not hesitate to contact me, provided this question has not been covered at my website yet.

If you want to practice magic at home, you can find some useful tips presented in the video below: