My colleagues and I have tried to changed it. Recently, I uploaded a book on Amazon for beginning spellcasters, sorcerers and fortune-tellers. Buy it and you will know everything you need to start using magic in a safe and effective manner. 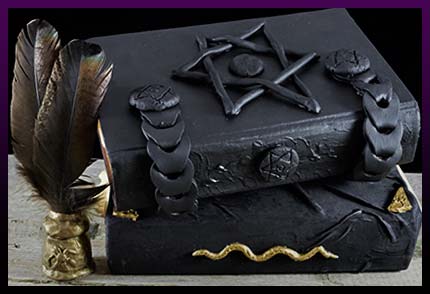 In addition, I have been writing articles describing various spells and rituals and offering professional tips on how to use magic. Note that neither my website nor Amazon has a magic spell book for professional spellcasters written by me, a professional and very powerful spellcaster.

There are several reasons why I do not do it:

1. I cannot upload books written by other people because it is a crime (copyright infringement).

2. I cannot upload books written by me because it is a crime according to Higher Powers (granting access to powerful magical tools to untrained and unprepared people).

Non-professional magic practitioners and men without principles could act differently. Most users looking for a magic spell book think this is exactly what some people do. Let us talk about books written by true spellcasters over the past 1000 years. There are four categories of such books:


It does not matter what magic or esoteric school the spellcaster belongs to. Even seemingly safe and unrelated to magic yoga books contain a tiny part of the information available to advanced yogis. Even if they write about some sacral things, they give general information: there is some phenomenon, some state can be reached, but you need to figure it out by yourself how to reach it.

Have you ever read the book of magic spells by Castaneda?

They can be found in online stores. His magic book of spells is hardly non-magical. At the same time, it reminds me a fiction book – a diary of a man watching a sorcerer and sharing his observations and worries with the reader. There are no ritual descriptions in this book!

A proper ritual description should contain the following information: 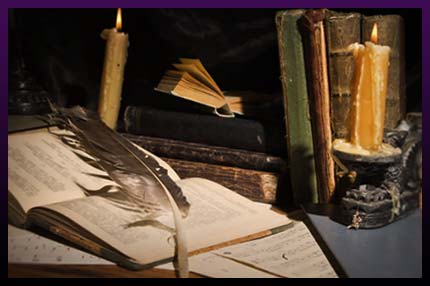 If a magic spells book you buy has only the text of the spell and its results, it is not an authentic magic book and all its spells are useless. On top of that, it can harm you. Every time you open such magic spell books and try to perform a ritual, you give access to your energies to multiple invisible creatures living around you. They are energy vampires connecting to your subtle bodies and…

To find out what happens next, please read my website. It has a lot of articles about magical safety and why it is dangerous to use magic without having appropriate training.

A man who thinks he can use professional magic because he has a magic spell book is like a fool who thinks he is a member of the SWAT team because he plays computer games well. Even if you give him a real rifle – a book of magic spells – and send him to a real battle, he will not last ten minutes there, unlike the true member of the SWAT team who will survive and win. The latter has been preparing for such battles for years and knows how to fight not only with a rifle but also with a knife, a stick, and his bare hands. Similarly, a true spellcaster studies magic for many years to be able to perform various rituals and protect oneself, heal and fix or eliminate the consequences of a ritual gone wrong.

When you decide to download a magic book of spells for free or buy some magic spells book written by some “ancient” or “advanced sorcerer”, think about it:

When a spellcaster makes contact with Higher Powers, the only teachers capable of teaching him true magic, he makes a silent agreement with them according to which the spellcaster shall keep everything he knows secret. Magic is not for everyone. Higher Powers decide who may and who may not be a magic practitioner. This happens only because Higher Powers select special rituals and spells for every spellcaster fitting their energies and moral and ethical paradigm. It is like doctors prescribing different drugs to different patients. One the same drug can cure one but kill another.

While studying magic, every spellcaster has their own magic spell books where they write down everything they learn and everything they may need to use in the future. Such books are designed to ensure that non-professionals cannot understand what is written there. Spellcasters use pictures, pictograms, fonts and symbols only they understand. As a result, I can take a magic spell book by one of my colleagues of a similar professional level and do not understand a word.

Imagine someone uploads such a book on the Internet. Will the book, in which every second letter is a symbol you cannot translate or interpret, benefit you in any way?

There have been many people who devoted their lives trying to decipher a magic book of spells and died without cracking the code.

It can be downloaded for free from multiple sources. It is written in the language that does not exist, filled with pictures depicting no one knows what, including the pictures of plants which do not grow on our planet.

A lot of people think this magic spell book is fake while its chapters are nonsense combinations of meaningless symbols. However, the book was analyzes by special software which showed that its language is real but has not been deciphered yet. I, spellcaster Maxim, am confident Voynich could read and understand his book just fine.

This is what all professional spellcasters do

Another person can read it, provided Higher Powers assign this person the author’s successor. If that is the case, the spellcaster gets an apprentice to pass all their secrets to.

THIS IS THE ONLY WAY ONE CAN MASTER TRUE MAGIC!

Do not be upset. Firstly, only 1 in 10,000 people trying to master magic will succeed. Secondly, there are plenty of skilled and powerful spellcasters who can perform any ritual you want for you, like I do.

Still, there is one thing you can use a book of magic spells found online for

By reading a magic book of spells, you can assess your personal magical abilities. If you have any, you will know subconsciously that you are dealing with a fake. Otherwise, you will think your magic spells book is authentic.

Let me repeat myself: