There are different black magic reviews in terms of their accurateness and the authors’ opinions about the results received. Therefore, it is important to know how to read such reviews. In this article I will present some tips to help you tell true reviews from fake ones. Since we are talking about black magic reviews here, I will also teach you how to write them.

Not every black magic review can be trusted 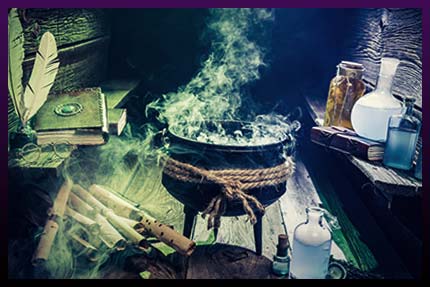 1. Most of them are written by spellcasters themselves or professional image makers or copywriters working for them.

Do not agree to write such reviews even if your friends or family members ask you to do it. By lying about it and tricking people into ordering rituals from an inexperienced spellcaster, you commit karmic sins which will later result in diseases, money problems, love life problems, etc.

2. Do not read reviews written right after or during the performance of the ritual. Such reviews are written by impatient people, so they are likely to share their disappointment in their black magic review (my ritual was performed yesterday and today I’ve realized it isn’t working”). A ritual needs at least two weeks to take full effect. Therefore, evaluating the results of a ritual the next day after its performance is wrong.

Do not write black magic reviews too soon, either

By writing a review, you will interfere with the spellcaster’s work. Silence is what is expected from you as a client. The longer you keep silent, the better results will be achieved.

3.  Do not believe the reviews describing the process of preparation for the ritual and the ritual itself in detail. Such reviews are fake. When you work with a true spellcaster, he is sure to warn you about the consequences of disclosing any information related to the ritual. Thus, the ritual will influence not the target but you, as a punishment for disclosing sacral secrets. The spellcaster who you let down by sharing the information about his work will not be able to help you. Other spellcasters will be powerless, too.

Therefore, never provide any details in your reviews. You can write about your general impression of the spellcaster and the results of his work – whether you liked them or not. You are allowed to share your opinion of the spellcaster’s work but without going into detail.

4. A black magic review about some ritual working for dozens of years is likely to be a fake one. Magic is not permanent and all rituals expire at some point.

When a spellcaster needs to perform a black magic ritual, especially if it is designed for revenge or punishment, he asks Higher Powers for their permission. They either grant it or not. Black magic rituals do not fail when the target’s only opportunity to pay off his karmic debts is through becoming a victim of black magic. 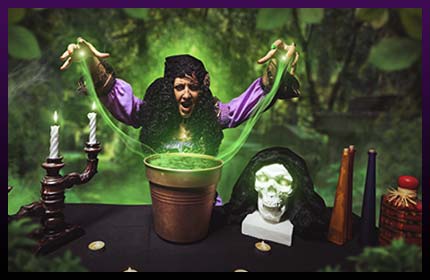 I do not think you will write such black magic reviews. If you want to write a black magic review to complain about the expiration of your ritual, please remember what I have told you. That way, you will not confuse other people giving them false hope that eternal magic is real. Only fools and liars say it is.

5. Be careful with negative reviews, too. They can be written by dissatisfied customers or the spellcaster’s competitors. The best way to find out if a negative review is real is to ask its author if he is ready to sue the spellcaster in a court of law. Liars will never agree to it, while actual victims of fraudulent spellcasters will support the idea.

Remember that you may be sued for posting negative reviews, too. A lot of spellcasters have come to realize the only way to prove their professionalism is in a court of law. They sue negative review authors for defamation and win (also sometimes they manage to prove the ritual failed due to the customer’s failure to follow the spellcaster’s instructions).

Rituals fail for different reasons, including the spellcaster’s poor skills and through the customer’s fault. If you ever work with me and I give you the instructions to follow, you will understand what I am talking about. In the meantime, you need to take my word for it.

6. If you come across some voodoo black magic reviews, do not read them at all, unless the author has traveled to Haiti, the country of origin of voodoo magic. For your information, everyone claiming to be a professional voodoo spellcaster who is not living in Haiti is a liar. Therefore, any reviews about his work are fake, except for those in which the author claims the ritual has failed.

On my website there are plenty of articles in which I tell my readers what true voodoo magic is, where to find true voodoo sorcerers, and why voodoo magic is ineffective for people living outside of Haiti. Read them as they contain a lot of useful information. More importantly, you will understand that using voodoo rituals without going to Haiti is very dangerous.

7. Do not believe a black magic review with too much social media activity. Thus, you can find a lot of reviews on Facebook in which their authors share their experience of working with, for example, a witch. Normally, such reviews get a few likes and 2 or 3 reposts. If a review has thousands of likes, hundreds of positive comments (“I’ll do everything to work with that witch”), and hundreds of reposts, it is sure to be just an advertisement.