I could list you the sources of danger protection magic spells can protect you from, to begin with, but I will not. Although I will do it later. First and foremost, I would like to note that some people actually succeed building what could be described as a wall using protection black magic. However, this wall protects them from both, negative and positive energies. People manage to protect themselves against evil, but at the same time they prevent the energies of good luck, money, success and health from entering their lives. The effect it has on a man’s life is similar to that of curses and hexes. 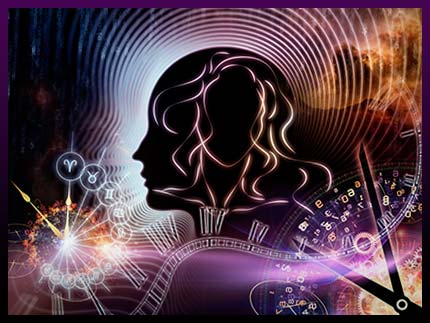 Also, protection magic spells can create a kind of an “umbrella” protecting you against the help coming from Higher Powers, Guardian Angels or your late family members trying to take care of you. That way, if you fail to cast your spells correctly in your attempt to get protection from black magic spells, you will not only be left alone with your problems and diseases, but will also fall into the hands of evil forces.

For what it is worth, this alone should be enough for you to change your mind about casting protection magic spells by yourself. At least consider having a powerful and experienced spellcaster cast them for you or be your supervisor. Hopefully, this article about protection black magic will help you understand how dangerous protection magic spells can be if cast by an amateur.

Still, what protection from black magic spells can you expect?

INNER EVIL – It can be your bad temper or criminal inclinations. Usually, it is when you separate your body, mind and fate. That way, protection from black magic spells can be achieved by working with each of your chakras (inner evil can be caused by some witchcraft used against you). Therefore, the shield described above will be of little help.

WITCHCRAFT –That way, protection black magic should make the evil-doer (spellcaster, sorcerer or just a hater) stop doing evil. Sometimes, sending a blowback is not enough and even wrong. Higher Powers do not approve of getting involved in such energy wars even when people have no other choice. However, they will not mind if you create a protection shield hitting back all curses and hexes thrown your way like a tennis ball, sending them exactly to where they came from.

Unfortunately, if you are not trained at spellcasting, you will probably create a cocoon sealing your self-curse in your subtle bodies forever. Unlike amateurs, experienced spellcasters remove negative programs from the victim’s subtle bodies first and then create a protection shield rendering the self-curse harmless.

HEXES – It is another kind of black magic influence for which you may need protection from magic spells. In this case protection magic spells are cast with caution because hexes cast on you and repelled by a protection shield may end up attacking your friends and family, including your children.

ENVY – Sometimes your problems result from someone envying you. Envious people who cannot stand being surrounded by smarter, happier and more successful people, may do terrible things. If that is the case, protection black magic will work as a lens suppressing the energy of your success, thus ensuring that even your greatest achievements do not make other people jealous. 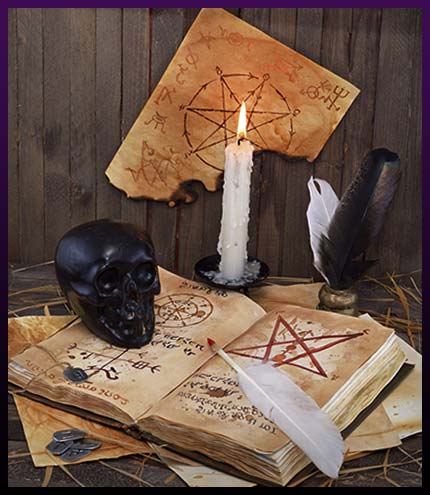 HEREDITARY ENERGY DISEASES – A lot of generational and family curses are cast with the use of magic. They are passed on from father to son, from one generation to another. Cleaning the subtle bodies of just one family member is not enough to break them. Protection black magic needs to clean the subtle bodies of all family members. Such protection magic spells can be cast only by the most powerful and experienced spellcasters.

ALIEN ENTITIES – They can attack you on their own or as a result of a magic spell. They are quite easy to remove. However, it does not mean you will be safe after removing them. In fact, if you get attacked once, you are sure to attract more alien entities and be attacked again, and every new entity is going to be stronger than the previous one. Moreover, such people attract black magic sorcerers and witches who will use them as a new target for the entities they remove from their clients. This applies to sorcerers and witches who cannot send evil entities back to the world they came from. Therefore, to take advantage of protection from magic spells, use charms and talismans to protect yourself against evil entities together with protection black magic which effect is described above.

POSSESSION – People become possessed when their evil entities seize full control of them. If that is the case, special protection black magic is needed. As you know, an incorrectly performed ritual to exorcise an evil entity may hurt or even kill the victim.

ENERGY VAMPIRISM – Energy vampires are spirits of the dead, various entities from other worlds, and just people sucking up other people’s energy. When you use protection magic spells to protect yourself against them, remember that your family members can be energy vampires too. If you do not want to hurt them, you need to be very careful. It is not enough to just protect yourself again your vampire family member. You also need to rearrange their energies so that they start using the energy of the sun or nature instead of the energy of people.

ILL LUCK, DISEASES, ACCIDENTS – This has to do not with magic but with the self-destruction program you have activated. To remove this program, you need to deactivate it first. I do not want to tell you about the mechanism of operation of the rituals for self-destruction program deactivation. All I can say is that they are very similar to protection from black magic spells.

INADEQUATE BEHAVIOR OF THE people AROUND YOU – Black magic used against you may have different forms. One of its consequences is when the people around you do not understand you. Sometimes your energies, affected by black magic, cause other people hate you or even want to kill you. This usually happens when black magic is used not against you personally but to influence your karma. Strong protection from black magic spells can be enough, ensuing your protection against repeated infection.

In conclusion, I would like to talk to you what protection from black magic means for people who have just started to study magic and growing and developing spiritually and energetically. Protection black magic should be the key skill to master at the beginning of their studies. Without mastering protection magic spells, a beginning spellcaster will have his energies, will and mind destroyed within the first few months of practicing magic. If that is the case, it may take him from several years to a lifetime to recover.