Homepage Practical magic Things to be afraid of while casting a spell to break up two people
17.09.2017
By: Spellcaster Maxim
Esoteric, astrologer, writer

A spell to break up two people is highly effective but also very dangerous. If you cast it at home, you need to be very careful. For your information, it is always better to find a professional magic practitioner to cast this spell for you rather than casting it at home by yourself. However, even if you work with a spellcaster, the spell may still affect your life in many ways because not every spellcaster is skilled enough to keep their clients safe. 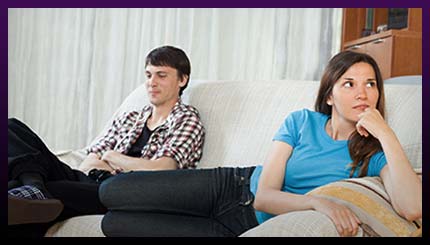 I know a lot of sorcerers and witches who are true professionals in their field. However, as for those who can keep their clients 100% safe, I can count them on the fingers of one hand. Moreover, I would still not recommend you any of them. The only magic practitioner whose high-quality services I can warrant is me. Contact me and I can assure you that you will not have to deal with any kind of negative consequences, no matter how difficult your ritual is. As for other magic practitioners, I can take no responsibility for their work.

Speaking of the dangers associated with the use of a spell to break up two people, for you to understand how serious it is, I want to tell you that half the people influenced by loneliness or infertility curses should blame one of their ancestors for it who once tried to cast this spell on someone.

Importantly, the better they were at casting the spell to break up two people, the more severe the consequences are their off-springs have to deal with.

Destruction spells (it does not matter what a spell is designed to destroy – relationships, health, wealth, etc.) attract and accumulate the energies of destruction. Such clots of energy can be found in Tibet, specifically in the Valley of Mirrors. Spending just a couple of hours there can make you 30-40 years older! Aging processes are so fast in some people there that they die within several hours.

When you put your spell on the couple you want to break up, you make these energies work. They almost always do what you ask them to do. The partners start fighting and hating each other. They start avoiding each other and maybe even cheating on each other. Eventually they break up becoming each other’s enemies.

You are happy for having reached your goal. You do not understand that a terrible thing is about to happen to you. I have repeatedly told you (see my articles) that the energies you attract when you perform magic do not go anywhere. They stay with you. Moreover, it is more than just energy. It is a substance that can think and have its own desires. It is always hungry – it needs “food” to survive. Like with any primitive creature, its survival instinct is its most powerful drive.

When you direct it at a couple by casting a spell to break up two people, this energy is still looking for “food” to still its hunger. It feeds on negative energies, which is why it causes its victims to hate each other instead of loving each other, and cheat on each other instead of being faithful to each other. The partners can fight it for many years struggling not to break up, but they will still lose. They will break up, leaving the energy clot with no source of food.

Therefore, the clot will come back to you, the one who called it up from the parallel worlds in the first place. It considers you its parent, creator, the center of its new universe. As any child, it will demand food from you. To make you feed it, it will make you suffer. Since it was called up in order to destroy a relationship, it will make you feel pain by making your personal life miserable. 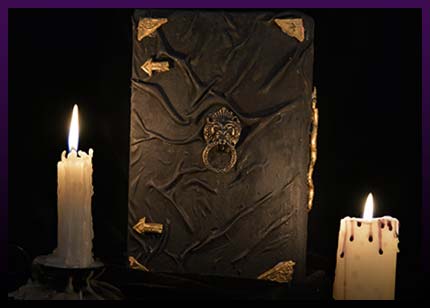 If you fight it, you may keep the clot under control. However, the clot will be getting stronger day by day until one day it ruins your life. The clots, also known as self-curses, which are not very powerful, will prevent you from finding good partners or enjoying sex, or they will just ruin your marriage. Powerful self-curses can cause mental disorders and physical deformities and even kill.

A few years ago a woman came to me who told me all the men she ever loved (there were 5 of them) died. One was murdered by some hooligans while waiting for a bus at the bus station, another one died during a rooftop party when he fell off the roof, the third one was run over by his car in his own garage, and so on. The woman was 16 when she lost her first boyfriend. The last one died when she was 37. This is when she realized something was wrong. She had her subtle bodies scanned by a professional magic practitioner and found out she had a powerful loneliness curse on her. Many years ago, her grandmother put a spell to break up two people. She was in love with her friend’s boyfriend. However, the man never became hers because of the curse she attracted.

Being a strong witch, she managed to keep the curse under control. She even got married and had three children, two boys and one girl. The curse attacked the girl, the only one with no magical abilities, and got strong feeding on the girl’s energies. Eventually, it passed onto that woman, my client. By the time she came to me, the curse had become incredibly powerful.

It took me several months to break the curse, but it is another story…

My point is all break up spells are dangerous and require multiple precautions. If possible, do not use such spells at all or at least find a spellcaster who knows which energies to attract to execute your order and how to send them back making sure they do not harm the client or the spellcaster.

As I said, such spellcasters are rare. I am proud to be one of them. Unfortunately, the majority of spellcasters are completely indifferent to their customers which I do not understand at all. They cast a spell to break up two people without sending the destructive energies back because they either do not know how to do it or do not want to do it. They direct these energies at their clients and the clients’ lives get ruined. Such careless approach is also widely used by black magic and voodoo magic witches and sorcerers, and Gypsy magic practitioners.

I do not know whether you believe me or not, but I know for sure that some of you will try to cast a spell to break up two people anyway. I have a video for these people telling about the safety precautions to take when performing breakup rituals. If you fail to follow my instructions, you will make one of the biggest mistakes in your life and get yourself in big trouble.