Can you escape a death spell?

Homepage Black magic Can you escape a death spell?

Unfortunately, there’s no statistical data on the number of people who annually die as a result of a death spell cast on them. But any powerful spell caster with a gift of provision can go out and spot a man in the crowd who has been cast a spell death on that will kill him shortly. Today, it’s very easy to find someone to cast a spell of death. Google “cast a deadly spell” and you’ll find a bunch of websites created by of various spell casters offering their spell-casting services at a very affordable price. 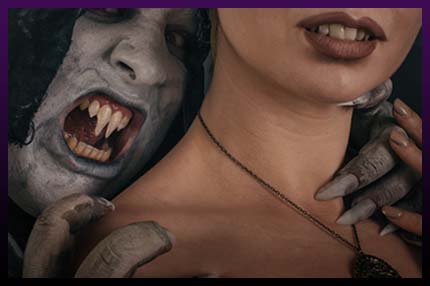 Firstly, you’ll never go to jail for killing someone using a death spell. No, you will be punished according to the karmic laws, a topic that I have already covered at my website. As for the court of law, such cases are never tried, because officially magic doesn’t exist. Secondly, those who offer to cast a spell death, know that they won’t have to pay for that with their health, physical and mental, happiness and sometimes life. They know it will be their clients who’ll have to pay. Most importantly, even if you’ve been cast a spell of death on, you’ll never know it, because an average person doesn’t feel it or see its signs in the mirror.

However, if you’ve been cast a deadly spell on, you still can figure this out. Answer the following 30 questions. Each yes-answer means one point. The more points you get, the higher chances you have to carry a death spell in your subtle bodies, and it has already begun producing its ruinous effect, bringing you closer to dying in an accident, from a fatal illness, or as a result of a suicide.

1. Do you think you may have been cast a spell death on?

2. Have you done something horrible that might make someone or several people wish you death?

3. Do you think your life or your success may arouse envy among your competitors, friends or neighbors?

4. Have you never used services of a spell caster to enhance your energies or create a magic shield to protect you from witchcraft, including a spell of death?

5. Have you been feeling tired lately?

6. Does your face look unusually pale or gray?

7. Have you been losing weight lately?

8. Is it more difficult for you now to recover from a flue than before, which makes you think that someone may have cast a deadly spell on you?

9. Has the condition of your skin, nails, muscles, joints and stomach worsened recently?

10. Have you been having dental problems recently?

12. Have you been worn-out to the point of depression more often lately, than happy and cheerful?

13. Have you been feeling blue lately?

14. Do you think the world around you has become more dangerous and you may get injured if you go out?

15. Do you think the people around you are hostile, even though you haven’t done anything to cause their hostility?

16. Have you been thinking about death a lot lately?

17.  Are you no longer scared of death and on the contrary are thinking about it as a way to escape your problems (it’s one of the most common signs of a death spell)?

18. You have also been cast a spell death on if the idea of committing suicide no longer scares you and you treat it as something as natural as taking a shower or having dinner.

19. Have you lost your confidence?

20. Can you name at least 10 goals that you want to achieve?

22. Have you been scared of dark and empty spaces lately? 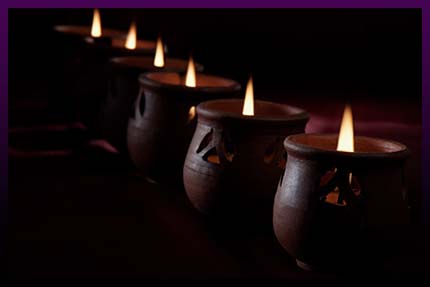 23. Do you have another sign of having been cast a spell of death on that is nightmares?

24. Do you have a feeling that you’ve been haunted by someone or something invisible?

25. Do you know of people who died recently and you think they may have died because someone’s cast a deadly spell on them?

26. Do you have relatives who died at a young age or under suspicious circumstances?

27. Have you been in situations lately which constituted mortal danger? Did it make you think that you might have been cursed with a death spell?

28. Do people keep away from you, as if you’re suffering from some horrible disease that they don’t want to catch from you?

29. Have your pets been scared of you lately (if you have any)?

30. Have you ever tried to cast a spell death on someone? Have you wished someone death?

Now that you know your points, you know if you have been cast a spell of death on or not. Let me remind you that the more points you have (maximum 30), the higher your chances are that someone’s cast a deadly spell on you and you should prepare for its magic to have its effect.

Even if you have 30 points, don’t give way to despair and don’t give up! A death spell is not a sentence. Perhaps, the fact that you’re reading this article indicates that Higher Powers have made a decision to save you from your spell death, and bringing you here to my website they show you the spell caster who can remove this spell from you. If you want me to remove your spell of death from you, contact me and describe your problem or problems, and order my magic diagnostics. I’m a professional spell caster and I never lie to the people who entrust me with their life, so this condition is compulsory for me to start helping you. Magic diagnostics is how I find out if someone has actually cast a deadly spell on you or your poor condition is the result of, for instance, low energy levels, unhealthy lifestyle, lack of sleep, or unbalanced diet.

Even if you have been cast a death spell on, I’ll do my best to remove it. If it turns out I won’t be able to do that (it happens extremely rarely), I will recommend you another very powerful spell caster or witch to seek help from. Anyway, I won’t leave you one on one with your problem. So if someone’s cast a spell death on you, contact me and get guaranteed professional help.

Also, contact me if you ever tried to cast a spell of death on your own or used services of unprofessional or unqualified spell casters to cast a deadly spell on your enemies. I’m sure you’ve been affected by magic kickback. Now you’re suffering from an extremely powerful curse, have such a black karma that you’re doomed to suffering, or have cast a death spell on yourself instead of your enemy. You need urgent magic help and I can give it to you any time.


The thing is, unlike other kinds of magic, a spell death never passes on its own. Once it gets into your subtle bodies, it starts reprograming your life to get you killed as quickly as possible. People with a very strong will and energy can withstand a spell of death for quite a while. But, believe me, the life they’re living is a torture. Instead of loving and being loved, travelling, resting, socializing and so on, such people live their life fighting death, and sooner or later they lose this fight.

You can order my magic diagnostics and help if, in your opinion, someone’s cast a deadly spell on one of your family members. However, I rarely provide such services remotely. So if a death spell is revealed in your family member, you will not only have to tell him (or her) about it. He will also need to contact me, because I’ll need to prepare him for the ritual. As for carrying out magic diagnostics to identify a spell death, I can do that remotely or with a photograph.

Let me remind you once again that a spell of death is not an incurable karmic or energy disease. If someone’s cast one on you, you shouldn’t put up with it and give up. You can be helped. Moreover, you’re already being helped, as Higher Powers have ensured that you find out about this problem. Otherwise, it wouldn’t even cross your mind that someone’s cast a deadly spell on you. You’d live for a few more years or months, and then die. As you know already, finding out whether you are cursed or not without a professional spell caster is almost impossible.