A breakup spell cast on your spouse’s love affair works for most people. There are a few exceptions though. The energies of a married couple are connected closely. Also, the spouses have a strong emotional connection. That’s why casting a breakup spell on the spouse’s love affair is rather simple. I would advise you to block your husband’s sexual attraction to his lover. 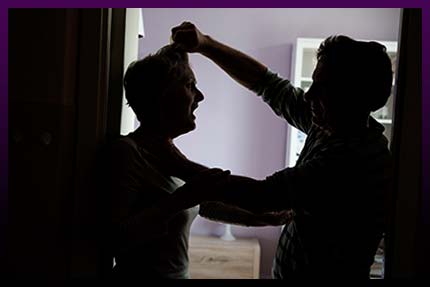 To cast a breakup spell, you will need a black funeral candle. Take a piece of butter paper and write down two names, the name of your husband and that of his lover. Cut the paper in two to separate the two names. Burn the paper over the candle and scatter the ashes over the city in different directions. After that, stay humble for the next 7 days and say your prayers to the Virgin when there’s a moon in the sky.

While sweeping your house with a new broom, say,

“Not a single prayer, not a single pious thought – I refused all that. I left the house hungry, without a sip of cold water. I’m heading to an old graveyard, to an unknown grave, to a forgotten dead man. Dead man, wake up, open your eyes and mouth and repeat after me, ‘Far away, on a tall hill there is a fir grove. It’s not a simple fir grove. There’s one fir there. Two friends are sitting under it – two devils. They pinch one another and bite one another, tired of the endless struggle. They scratch each other’s mug with their claws. They can’t be together, live together ever. So can’t (the name of the husband’s lover and the husband) be together. Neither the husband and the wife, nor the Satan, dead man’s stamp, ice-cold words, cold heart and head. These words are strong, they can’t be blown away with winds and avoided through prayer. They’re stamped with the dead man’s stamp. So be it’.”

Cut off a flock of hair from a cat or a dog that is not yours and say,

“There’s a hut in the forest, ugly, without windows or doors, without people. There’s a dog and a cat there, attacking each other, covered in each other’s blood. Let (the name of the husband and his lover) argue with each other in the same way, attack each other, never hug and kiss each other, neither during the day nor at night, neither in a dream nor in reality. My word’s tough, my intention’s strong, my will can’t be broken and my spell can’t be removed.” Either put the hair in a cigarette and give it to your husband to smoke it, or hide it in your husband’s bathroom.

How to cast a breakup spell on your girlfriend

If you’ve fallen out of love with your girlfriend and broke up with her, but she still loves you and follows you everywhere, take a sheet of paper, say the following spell and come up to her place.

After saying the breakup spell, burn the paper down standing near her front door and go away without turning back. Try not to see her for at least three days and don’t contact her via the Internet or the phone.

If something goes wrong, contact me. You can find the magical services I offer on my website.