Black magic love spells reviews which can be found on the Internet are of little use. On the one hand, such reviews tell people who are not familiar with magic about some spellcasters or witches they can work with. On the other hand, they also tell about the magic practitioner’s qualification level. Thirdly, the number of and similarity between the reviews may suggest false advertising. Fourthly, the reader can understand what to prepare for from other people’s experience, in case they want to be provided some magic services. 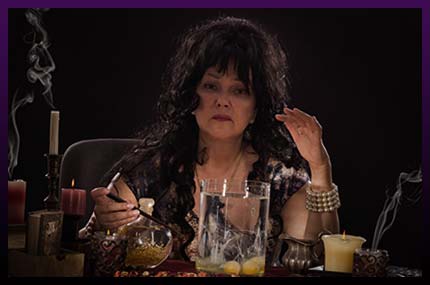 I, spellcaster Maxim, am really sorry for not going into detail discussing black magic spell reviews, but everything you need to know about it has already been covered in my previous articles which can be found on my website. I have already offered you an algorithm to distinguish between true and fake reviews, as well as taught you how to minimize the harm from reading such reviews.

This topic is indeed very broad, so today I have to get back to it. I decided to talk about black magic love spell reviews again after reading a letter I got from one lady. She told me how she decided to study black magic and used various sources to get information about it, including Internet reviews about black magic rituals. She ended up losing her husband, her job, her health, and her house.

Unfortunately, she did not give me her permission to use quotes from her letter, so I can only retell her story in brief which I already did. I just want to add that she made several fatal mistakes when she began studying magic:

She ignored the fact that black magic was dangerous to inexperienced spellcasters;

If you want to cast a black magic love spell know the risks, and she did not. She did not even talk to those who do;

She did not bother to find a teacher or at least an experienced consultant;

She overestimated herself and her abilities;

She did not bother to study the theory of black magic, which is why she did not know how complex and hostile the astral worlds are which surround our reality;

She did not take any precautionary measures and did not buy even a simple protective amulet despite the fact that such amulets designed to protect both newbies and experienced magic practitioners can be bought online at my store and many other stores.

As a result, she lost everything she had. For you to avoid the mistakes she made, I decided to tell you about the risks associated with black magic that all beginning spellcasters face. 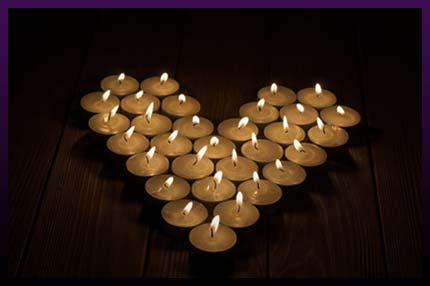 The main risk for beginners who want to cast a black magic love spell or any other love spell is losing huge amounts of energy. “So what?” an unfrightened newbie will object. “Losing energy… Who cares? It’ll be fully restored in a few days!”

The problem is energy is not restored after black magic rituals, like it is after a big fight or an unpleasant conversation, in which case your energy can be completely restored in just a few days and not later than in a week. It does not happen this way when you use black magic.

For example, if you cast one of the black magic love spells using hair, you call up some evil entity feeding on human energy. As soon as it sees that you are unaware of its presence and cannot protect yourself, it will latch onto your energy and start devouring it, making you think you are tired, sick, weather-sensitive, or just old. Having no clue about the energy vampire sucking your energy right out of you, you will not even try to get rid of it.

Despite the fact that the word “energy” is frequently used in all mystical and occult texts, very few people actually understand what it is and why we need it. Everyone knows what money is, so let me try to explain it to you using money as an example.

Imagine that your salary allows you to buy everything you want, travel, buy presents for the people you love, and help others. One day your credit card is hacked and the hacker starts stealing your money. For some reason neither you nor the bank’s security service personnel know about it. As a result, you have to live on whatever is left, and this money is barely enough to pay your bills and buy food. You try to work more to make more money but the hacker steals it anyway leaving you just enough to survive. This is what happens to our energy when we encounter energy vampires. They never suck all of your energy out of you killing you, because they want you to live and feed them for as long as possible. However, you are still just prey for them who gave them access to your energy voluntarily, so they do not care that your life has been turned into hell.

A lot of my readers wonder which black spell is the safest. They also refer to a popular statement that casting black magiс love spells using hair is not dangerous. On the one hand, I cannot argue with that because casting hair love spells is much safer than, for example, casting black magic love spells using blood. On the other hand, I, spellcaster Maxim, want to ask you, “Safer for whom? The target of the black magic spell or the person performing the ritual?” The thing is negative black magic love spell effects should be expected not by the person the spell is put on, but by the one who conceits oneself to be a black magic practitioner without being one. Statistically,

999 in 1000 black magic spells cast by people who are not professional magic practitioners have terrible consequences affecting these people.

All black magic spells are similar in their nature, even though black magic love spells have different effects on people. Some of them are designed to subdue the target’s will and make them do what you want them to do. Others call up some evil forces which you let take control of the target. In exchange for it, the evil force makes the target fall in love with you.

In the first case, you fail because you do not have enough strength to subdue another person’s will. You send out some energy which bounces back like a tennis ball after hitting the wall. On its way back to you, this energy attracts other forces and all together they enter your subtle bodies to rein. In the second case, the evil entity which sees how blind, naïve and helpless you are, does not even try to execute your order and attacks you right away. That is the price to pay if you try to cast a black magic love spell without taking any precautionary measures.

You will hardly read about it in black magic love spells reviews, most of which highlight the advantages of such spells ignoring the threats beginners expose themselves to. 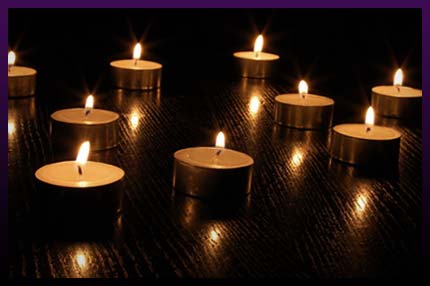 The most terrible black magic love spell effects are associated with black magic love spells cast using blood. When you perform this ritual promising something in exchange for help, you agree that the entity will take any energy it wants from you. People consist of the following types of energy:

In this case you let the entity attack you through your weakest energy field. Imagine what will happen if it starts devouring your energy of good luck. You will have only bad luck. What if it chooses the energy of health? You will get sick. But despite these unpleasant prospects, you will still have hope that all of your energy fields are strong enough to withstand the attacks of the entity.

Well, that way I have to tell you about one more thing:

If a black entity gets inside your energies, it will never stop until it gets all your energies under control. If you let it use the energies near your head, it will take control of all your mental and cognitive energies. As a result, you will lose your mind, along with the control of your body and life.

Do you still think it is worth it? Is it a reasonable price to pay for an opportunity to practice black magic? Well, let me continue then…

If you want to cast a black magic love spell know the risks. Those who do will confirm that the blood magic love spell is the most dangerous of love spells. When you cast it, you let the entity you called up feel the taste of your blood. You agree to let it inside and choose any energy it wants.

This is when the horrible things begin to happen. Those entities which I talk about in this article do not like weak or sick energy. As soon as they get access to your subtle bodies, they attack the strongest of them, making you unable to withstand their attacks. This is what happens to people infected with such entities:

Such people turn not even into a biorobot, but into a mindless and weak-willed person, a loser no one can help except for a professional magic practitioner. I, spellcaster Maxim, have treated hundreds of such people who happened to be unfortunate enough to practice black magic, and all of them looked exactly as described above. Sadly, many people never reached out to me. They fell victim to particularly evil entities and ended up dying of a heart attack/cancer, in a car crash, or killing themselves. So being infected with an evil entity is not the worst thing that can happen to you if you use black magic.

Nevertheless, I urge you to pay special attention to the fact that I am not against black magic in general. Being against black magic is as silly as being against fire which can both warm you up and burn your skin; or being against cars because cars get in road accidents, which by the way happen not because people drive cars but because drivers break the rules of the road or dare to drunk-drive. So I am not asking you to stay away from black magic, because it can be of much help in the right hands.

Occasionally, black magic is the only way for people to find true love. For this reason professional magic practitioners can cast both white magic and black magic spells to meet the needs of each client. What I am against is you going on the slippery roof to fix the antennae because its performance is affected by the rain. Let an antennae guy do it. I am against you trying to catch the thief because that is the job of the police. I am against you treating yourself because the pills you should take should be prescribed by your doctor. And I am surely against you performing black magic rituals for yourself. Let me, a professional and experienced spellcaster, do that for you, while ensuring that you remain safe.

You are ruining your life! You are ruining your fate! Do not break the laws of karma! Do not try to attract the love for which you will have to pay with years of miserable life and losses. Do not make rash decisions! Contact me and take full advantage of what black magic has to offer! It is the best option that can guarantee you both love and happiness.

In conclusion, I would like to show you a video about the disadvantages of black magic love spells reviews which have not been discussed in this article.