An attract money spell – information for my potential clients

Before ordering a money attraction spell from me, many people wonder what happens after I cast a money spell. They want to know if they will have to pay for the money they attract with, for example, their health or sanity, or if magiс will affect their karma. Actually, it’s a good thing that people ask such questions because it means they try to be careful, and contacting a spell caster is not just some rash decision. I respect such people, that’s why in this article I want to answer their questions.  So, what actually happens when I cast a money spell? How does a money spell work?

How an attract money spell works 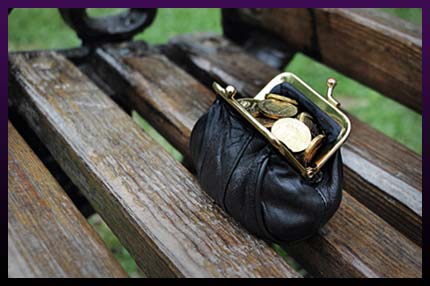 Any attract money spell is sort of a code which influences the energies of our world. Each money attraction spell has a different effect, that’s why you can’t use any ritual to achieve something. Each ritual brings you to a certain sector of the reality and links you to certain energies. That’s how rituals, as well as good luck money charms, also influence your subtle bodies. However, we’ll discuss the charms later.

The effect of each attract money spell depends on the magic it belongs to. Perhaps, you know that there are white and black magic, safe and risky magic, professional and non-professional magic. While safety and professionalism define only the consequences of a money attraction spell which you may face, the color of the magic defines which forces will help you and how your energies and your world will be influenced by them.

When I cast a money spell which belongs to white magic, first of all it influences you, helping you become a person who can easily earn money. If you are a businessman, a white magic attract money spell (white and black magic good luck money charms work in the same way) will develop the following abilities of yours:

If you are an artist, use a money attraction spell, along with my powerful good luck money charms, to:

If you think your success is possible only if you work as a white collar, you need to cast a money spell which will make you:

Any attract money spell has effect on you in the first place, and all energy changes occur in your subtle bodies, chakras and aura. The ritual gives you qualities necessary for you to achieve success. However, you are the only one who can take advantage of or ignore your new qualities.

How a money attraction spell which belongs to black magic works 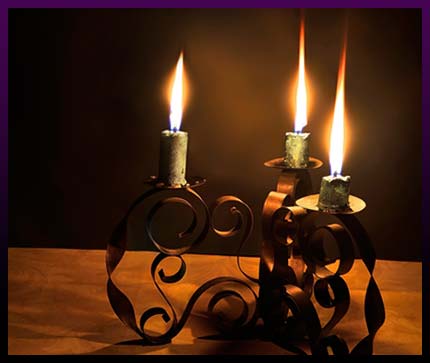 When I cast a money spell which belongs to black magic, it can change your karma and design a new karmic program for you. For example, if you are fated to be rich, after the spell is cast you will be fated to be very rich. Or when a black magic attract money spell is cast, it changes the energies around you (so do my luck money charms). It re-directs the money flows so they always aim at you. However, the number of money rituals in the world is limited, meaning the ritual will have to take away someone’s money flows to give them to you.  It means for you to become rich, someone has to become poor. By the way, that is why these rituals are called “black.”

Also, a money attraction spell can attract some being which will serve you, feeding on your energies. Depending on its power (it depends on the power of the spell caster who cast a money spell, the money spell itself or your good luck money charms) it influences the people around you. Its influence can be compared with hypnosis or suggestion, which is why it’s so effective. That’s why you get everything you want.

Another difference between a black magic attract money spell and a white magic money attraction spell is the time you have to wait until you get what you want. Thus, if you are fated to be rich and famous in 15 years, cast a money spell which belongs to white magic or use white magic good luck charms and it will take you at least two or three times as little time.

The main difference between good luck money charms and an attract money spell is that the charms are kind of a ritual which froze a moment before its performance is complete. Imagine that a spell caster has prepared everything for the ritual and all he has to do to launch the ritual is to push some button. This button is you asking the talisman for something. You take the talisman in your hand, focus and try to communicate your wish to it, charging it with your energies which launch the ritual the spell caster has prepared for.

While each attraction spell has to be performed separately, amulets are universal.  A good talisman will help you every time you ask it for help. Or at least until you break it. I don’t want to tell you about how you may break a talisman because we have already discussed it in one of my articles posted at this website.

How to cast a money spell on one’s own

Recently, I started posting effective magic rituals for you to cast on your own. After a while, I started receiving emails from people who tried to perform one of those rituals but achieved no results. Most of them asked, “What have I done wrong?” Since there are many things which you may have done wrong and each of them could have reduced the effectiveness of an attract money spell, I want to tell you about how a ritual needs to be performed. There are 7 golden rules each spell caster has to observe to get good results.

1. You need to focus on your money attraction spell. If you are a novice, it will take you 3 to 7 days. Preparation for a ritual includes: belief, accumulation of energies, cleaning of your energy channels. Belief means that you believe that the ritual will bring you the desired results. To accumulate your energies, give up your bad habits (at least for a week), sleep 8 hours a day, have long walks in the open air. To clean your energy channels, you have to avoid stressful situations and negative emotions, be at peace and happy.

2. Prepare the accessories you will need for the ritual.

3. If you are going to cast a money spell and the ritual provides a text for you to pronounce, learn it by heart. Any mispronounced word or confusion may destroy the effect of the ritual.

4. Never tell other people about practicing money or other types of magic.

6. If you successfully complete the ritual but it hasn’t brought results yet, thank Higher Powers for their help in advance.

7. After the ritual, keep thinking about it and never doubt that you will succeed, always express your gratitude to Higher Powers for letting you use the ritual.

I have posted a bunch of articles about good luck money charms so I don’t want to discuss them here.