At 12 p.m. go to a farmer’s market and buy a pumpkin from a seller of the opposite sex. Go home, put it on the table, cut it, and take the seeds out. Take 13 largest seeds and wash them with water. 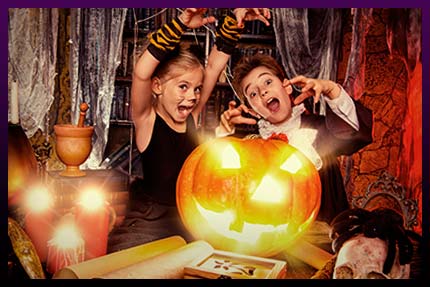 Dry the seeds out by laying them out on a sheet of white paper. Use the pumpkin to make some pumpkin juice or puree. Lay the dry seeds out on a clean white cloth. Light a candle and put it on the right.

Say the following, “Chaps from the house, money to the house! My word’s strong, and there’s no other way. So be it! Amen!” Fry the seeds, adding some salt. Make sure you don’t lose a seed.

While eating the seeds, don’t throw the shells away, but put them into a box. After you eat all the seeds, wrap the shells into a sheet of paper and burn it. Dig the ashes into a flowerpot, saying,

“Money, grow, sprout, get stronger, ear, and get big!”

Plant a money tree or a crassula in the pot (or it can be any house plant). While watering it, repeat the Lord’s Prayer three times. Naturally, don’t say anybody about the ritual.