Minchiate Etruria tarot cards were invented in Italy. They are of much interest. First of all, they appeared at the beginning of the XVIII century, which makes it a rather expensive rarity.

Secondly, this pack is similar to the famous Visconti-Sforza tarot deck. The Minchiate deck was a little less expensive but had all the necessary arcana. This is when the nobility started using these cards in fortune telling. 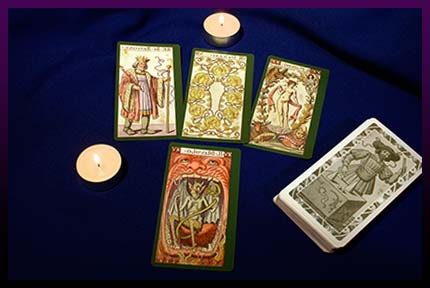 Still they differ greatly from the tarot cards as we know them. The pack still consists of 97 arcana but it’s impossible to find today. The modern tarot cards include no Zodiacal signs and cards corresponding to the Elements. Arcana symbolizing the virtue of people were also removed from the deck. Perhaps, it happened because of such vices of the people (despite their seaming chastity) who lived back then as adultery, hard-heatedness and itch for money. But is today’s society any different?

This deck is hard to find today. Unless you have an opportunity to go to Italy to find and buy a deck of Minchiate Etruria tarot cards. It is considered Italia’s national heritage. If you have money, you can get any edition of these cards. The question is: are you sure you will be sold what you pay for?

In fact, this is the only historical advantage of these cards. Plus they are a rarity, although of a later period. Those lost Major Arcana which we now have thanks to this deck allow us to admire the deck in its full size. Today we don’t use the Arcana of Zodiacal signs and Elements, but without these two mystical cards, which used to show to the fortune teller which way to go, we wouldn’t be able to get real warnings today.