Undoubtedly, the tarot cards deck invented by Visconti Sforza is one of the most popular decks in the world. It underwent changes many years ago. Some arcana can be found only in museums. These decks were formed in the XV century. They were expensive and only very rich people could afford them. Their price was high because they were handmade, their images drawn according to the description of arcana.

But main images of the Major Arcana, used in the Visconti Sforza deck, are still used when a traditional pack of tarot cards is created. 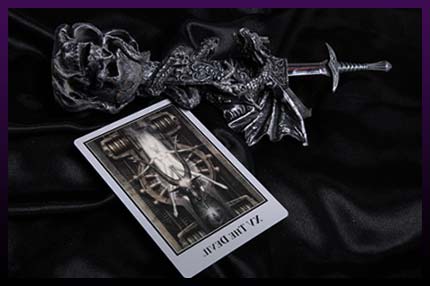 Inconveniences during tarot fortune telling were caused only by the Lesser Arcana, as they only included certain symbols, such as swords, goblets, pentacles, and croziers. It made it difficult to tell fortunes. So today tarot deck makers made use of the arcana simpler for regular people. Yet, the modern deck is based on the images of the Sforza deck.

Another name of this deck is the Milano tarot cards. These cards were first drawn in Milan. Modern card makers decided to restore the famous deck (however today they are not drawn by hand, but printed). Nevertheless, these cards are still very expensive. They are rarely used as intended. They are purchased as a gift and are used for decoration rather than fortune telling.

Another special feature of the Visconti Sforza deck is that it had 41 Major Arcana instead of 22. Apart from traditional images, it included cards symbolizing the four elements: Fire, Water, Air and Earth, as well as 12 Zodiacal signs. Since initially tarot cards were mostly intended for play rather than fortune telling, the Major Arcana were called trump cards which could beat any Lesser Arcanum.

If you want to see the real Visconti Sforza cards, welcome to museums. These decks are a true work of art (by the way, their owners never treated them like ordinary cards). These cards are worth seeing. I promise you won’t regret it, esthetic pleasure guaranteed.