How to remove a spell

Homepage Spellsbook White magic spells How to remove a spell

The ritual to remove a spell should be performed on Friday, when the moon’s waning. In the evening, from 9 p.m. to 10 p.m. (ideally 9.45 p.m.), the spell caster and the victim should walk around the victim’s house together. Reaching the front door, the healer takes the victim by the hand and the two walk slowly around the house counterclockwise, the healer first. 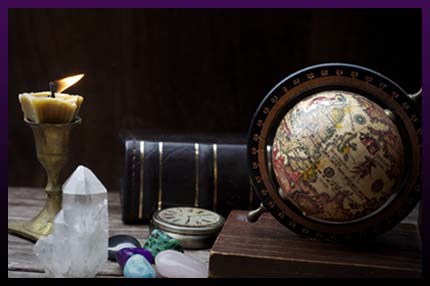 The healer should pronounce the following spell, “I remove someone else’s spell, evil words, A spell pronounced aloud and in whisper, Carried by the wind and which entered the house through the door. The curse put by a relative and a stranger, by a child and an old man, Put secretly and openly. Everything a witch doctor whispers and cries about, Boasts of and being quiet. In the eyes and beyond.

I remove any spell form God’s servant (name), any curse. My word can’t be broken or changed. So be it. Amen.” Repeat the spell while you’re walking around the house. After that, the healer and the patient go home without saying good bye. The patient should wash his face with cold water, rinsing it 7 times. Then he should wipe his face dry with the lower edge of his clothes and go to bed. In the morning, this person has to wash his face with cold water and drink one glass of cold water.