What is white witchcraft?

There are two categories of people: those who rely completely on themselves and their hard work, and those who expect to be supported by others. This is also true for magic practitioners. White magic practitioners try to be good people, friendly and unbiased to cast witchcraft spells white magic relying completely on themselves, while black magic spellcasters tend to rely on evil entities.

Naturally, black magic practitioners have to continuously develop their strength to keep those entities under control. Yet, it is these entities (not the spellcasters!) which play the crucial role when black curses, as well as disease, insanity and divorce spells are cast. 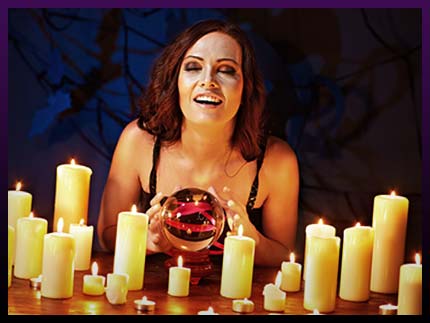 Once in a while white magic sorcerers have to engage some entities too, but these helpers and protectors live in the light worlds which are usually known as heavenly worlds. At the same time, light creatures are not their servants. They are more like teachers or parents. They prefer not to interfere as long as their protégé is handling the task fine, and they do interfere as soon as they notice this person is in danger or lacks strength or experience to accomplish the given task. For this reason white magic spellcasters can be called eternal students learning how to cast powerful witchcraft spells white magic all their life.

Black magic sorcerers can be compared with dog whisperers. Yes, they spend some time to make this dog as aggressive as possible, but then it is enough for them to say “Take him!” or “Take her!” and the dog will do its bloody job. The life of a black magic practitioner is not easy. Despite its seeming simplicity, they need to make sure the creature called up by them with a black magic spell does not attack them. This is more difficult than casting white witchcraft spells for love.

When you choose a ritual, you start playing by its rules. When you choose a white magic spell, you become a protégé of light forces. If you decide to practice black magic, you face a predator from one of the astral worlds that is called up by the first black magic ritual you perform.

You just seem to be fine. Think about it: millions of people today are unaware that they have cancer or HIV. Similarly, millions of people remain in the dark for years about the fact that their life is in danger due to black magic spells they cast. The entities feeding on your energies do not want you to know about them. They can show themselves only after they get strong enough and are confident you cannot defeat them.

You asked a question which is very common for beginning spellcasters. It is a very important question and I cannot answer it briefly. So please find my detailed answer below.

“I spent a few days browsing Amazon but couldn’t choose a good book for beginning spellcasters. Everything I found just didn’t seem right.”

People with a good intuition like you are the only people who can actually become a professional spellcaster. You have to listen to your inner voice. You did the right thing. As for the books about white magic available on Amazon, I cannot tell you if they are good or bad because I do not know which books exactly you are talking about. If you want my advice, I can offer you to read the book I wrote about magic. You can download it from my website after going to the corresponding section. 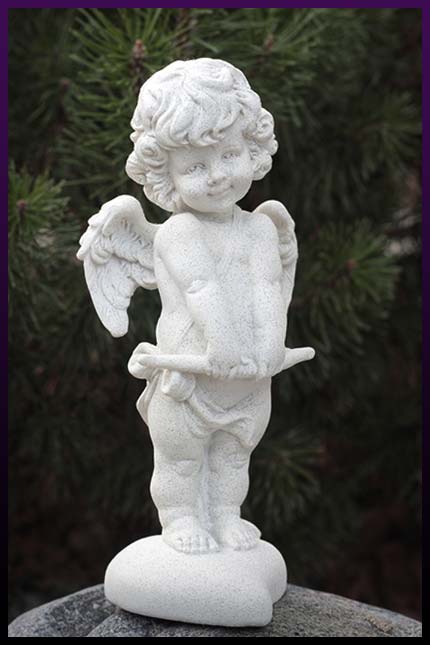 Beginning spellcasters should always be prepared for a failure. To win the favor of higher powers, your desire to practice magic is not enough. Moreover, it is better not to perform magic rituals at the beginning at all but focus on self-perfection and fortune-telling to develop your inner vision abilities and sixth sense.

Remember that as soon as you decide to become a magic practitioner, you come under the spotlight. Besides Higher Powers, various bodiless demons are keeping an eye on you. Higher Powers want to make sure you will not give up even if you fail a lot at the beginning. As for the dark forces, they cannot wait to see you lose your patience with regard to studying magic and ask them for help.

However, this call will not make you a sorcerer. These black forces will give you some magic powers to use for a while but then turn you into their puppet doing evil and making everyone around you suffer. The more evil you do, the more suffering you cause, allowing the demonic entities to rip a big harvest of negative energy.

This collaboration rarely ends well. Having become a servant of evil, eventually you:

What is white witchcraft? If this is the question you dedicate your life to, you will never experience any of the above. Yes, it will be hard sometimes making you think you have made the wrong choice. Often you will be tempted to tip over to the dark side. If you stay strong, keep learning and be careful, Higher Powers will enable you to access the most precious of magical knowledge, while bringing you the people you can help. You cannot study white magic just to make your life more exciting. The path of a magic practitioner is helping people. For this reason Higher Powers will help you rise to a higher level according to your talents and the power of your knowledge.

As I have already said, the only book I can recommend you as a beginning spellcaster is the one I wrote myself. It can be found at this website. Everyone who wants to take some introductory white magic classes can download it. I take no responsibility for any other books about magic. I remember myself being a beginner and as a beginner I read hundreds of books which I now understand were completely useless or dangerous.

I, spellcaster Maxim, do not think much has changed on the market of magic literature. On the contrary, magic has never been more popular than today, so the number of frauds and scammers is reasonably expected to be higher than usual. Today we can see the following tendency:

- Someone takes an interest in magic;

- He checks out various websites about it;

- He reads forums about magic;

- He writes a book about magic on behalf of a professional magic practitioner;

- He puts the book up for sale;

- After that he begins to actually study magic rituals (not necessarily).

When you see a book about magic, you need to be able to verify its authenticity. To this end you should do two things: first of all, find out what publishing house released the book to the market; secondly, find out who wrote this book. Our world has never been more transparent than today and it is quite easy to determine how much the author of some white witchcraft books knows about magic.

I have met people who wrote books on psychology, cooking and magic within just one year. In one book they claimed they were well-known and recognized psychologists, in the second book they introduced themselves as famous chefs who were about to get a Michelin star, and in their book about magic they presented themselves as powerful sorcerers or shamans. Of course, people have hobbies, including magic practitioners, and cooking and psychology are very common hobbies. However, a professional spellcaster will never pretend to be someone else. For example, I would never do that. If I were to write books like that, I would sign them as follows,

Studying magic using the books written by fools or just ignorant people is like studying a foreign language with someone who knows no more than twenty foreign words. 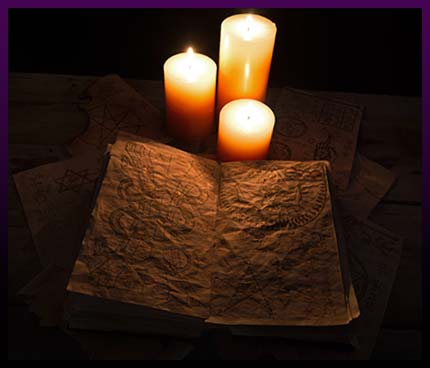 “What protection means should a beginning spellcaster use to cast his first love spell?”

You can find this information in my book about white witchcraft for beginners. In brief, you need to reach inner purity to push away all negative energies attracted by your spell. You need to buy special candles to burn down all negativity. You need to learn some protective spells by heart. And of course you also need to buy a good protection amulet.

“I got married for love. Well, that’s what I thought. But in about six months I found a bunch of books in my wife’s drawer. They were supposed to answer one question, “What is white witchcraft?” What are the chances that my wife put a love spell on me? What should I do now?”

The easiest way is to ask her if it is true or not. No matter what she says in response, the fact that you brought this up will break her love spell, if there is one. As for your further actions, I usually ask people who think they might be under the influence of a love spell the following question, “Are you consider yourself a happy person?” If magic has made you happy, why change anything? If you are not happy, then you need to have the love spell removed by a professional magic practitioner.

“How long should I’ve known a guy to put one of the white witchcraft spells for love on him successfully?”

The key is to know him in person. It is enough to put love spells successfully. If you are an inexperienced spell caster, it will be easier for you to succeed if this man has a lot of memories about you.

“Did you write just one book on magic? I love it and it taught me a lot! When will we see your second book?”

I have written several books on magic and I will present them to you as soon as possible.

“Which of the spells of white witchcraft for beginners would you recommend to a middle aged woman who is tired of being lonely and whom men never loved back?”

I have made a video about one love spell which is perfect for people who cannot find true love and feel lonely.