Homepage Articles Black magic spells Curse of death as one of the most dangerous black magic rituals
By: Spellcaster Maxim
Esoteric, astrologer, writer

Don’t believe those who claim that a curse of death can be cast with the help of white magic. All death rituals, regardless of what people think of them, belong to black magic. Whether it’s voodoo or Gypsy magic, North-American Indian magic or any other kind of magic, there’s one eternal law: you have to pay for your right to use a curse of fatal death, unless you find some experienced spell caster who agrees to help you.

Unexperienced or remorseless spell casters curse someone to death following their clients’ requests without thinking about the future wellbeing of those clients. Any action we take is like a balance with your fate on one scale and the fate of the one who you want to get killed with the help of a magic ritual on the other one. So if you want to get someone killed, you almost always expose yourself to mortal danger, too. 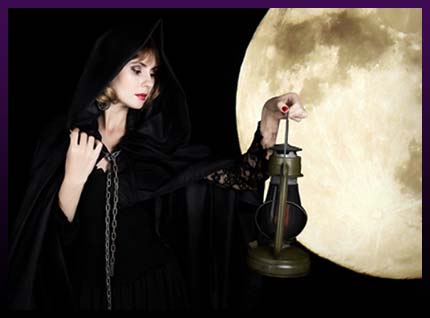 Unaware of that, unexperienced spell casters willingly agree to cast a curse of death. Well, why wouldn’t they? It’s not their life, it’s their clients’ life that they’re risking. All they need to take care of is to take the money for their services. There are spell casters who redirect the magiс kickback to a third party. That’s how it happens:

-       When kickback comes, the spell caster redirects it to a third party, some innocent man who you’ve never even met.

However, you’re still not secured against punishment. First of all, that third party may be protected by Higher Powers which will redirect the kickback back to you. Secondly, this man may have some spell caster remove all the negative energies from him, and they will go back to the one who initially wanted to curse someone to death, meaning you. Either way, you’ll be the one to pay.

Fortunately, there are spell casters who ensure that the victim of the curse of death they are casting is the only one to suffer. Such spell casters redirect the kickback to inanimate objects or to where death belongs – the world of the dead. This gives them the right to claim that they practice 100% safe magic. Such spell casters are extremely rare and they will never cast a curse of fatal death without a prior study of their potential victim. They know that some people are protected by Higher Powers or have very pure karma which works like a shield, meaning any curse of death will bounce back at them.

So you should understand that it’s incredibly difficult to curse someone to death only because you don’t like this person, hate him for some reasons, or envy him. Yes, spell casters practicing voodoo or Gypsy magic will happily do that for you, but in exchange they’ll make you a slave of dark forces for eternity. Moreover, after you die, they may spread over to your children and grandchildren, forming a real family curse.

So, if that’s not what you want, you should know for sure that the man who you want to cast a curse of fatal death on actually deserves it. For instance, he can be a rapist or murderer who has escaped punishment, a sadist or pedophile, a man who abuses power as a high-level official or employer, who ruins and breaks other people’s life. As a rule, such people have a very heavy karma and literally sentence themselves to a curse of death. Moreover, if you curse someone to death deservedly, Higher Powers may not punish you and your spell caster for your revenge.

That’s why magic diagnostics is vital if you’re going to cast a curse of fatal death. It’s important to understand what’s going to happen after you curse someone to death and if it’s safe at all. 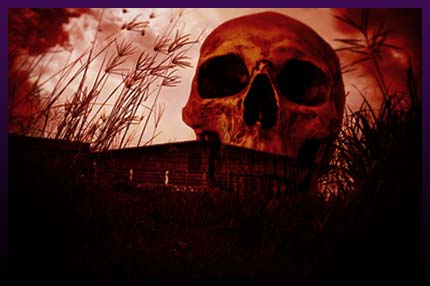 Speaking of death curses, there’s one thing you must not do under any circumstances. It’s trying to cast a curse of death on your own. Professional spell casters, including most powerful black and gray ones, agree to cast a curse of fatal death only after years of studying and experience. Those who tried to curse someone to death without having the required knowledge and skills, are long gone, or are suffering from severe diseases (often mental ones) and are unable to practice magic. Remember, practicing black magic may prove fatal to beginning and unexperienced spell casters!

The same is true for you, if you want to cast a curse of death. By doing that, you doom either yourself or one of the members of your family to death. To make such rituals work, a lot of energy is required. Also, such rituals require rare and sometimes very pricy magic products, which can only be found in best esoteric stores. Some of such magic products are custom-made, while finding others takes professional spell casters years. You must have heard that such artifacts can be replaced with something simpler, something that you can find at home, such as regular candles, pictures, or cheap amulets. But believe me, those who say that don’t know a thing about magic. Or they’re aware that casting death rituals on your own, you’re dooming yourself to death, so they’re doing it on purpose pursuing some other goal.

So, as you see, before ordering a curse of fatal death, you need to calm down and think everything over – are you ready to take the above risks to have your revenge? Is it worth it? Do you trust your spell caster? Are you sure he will be able to protect you if needed?

There’s one way for you to figure out if you actually need to curse someone to death. Give a promise to yourself to not do anything for a month. Use this time to think everything over. Trust me, you’ll likely change your mind. Besides, there are other ways to punish someone using magic that are as effective but far less dangerous. Information about it can be found on this website. For more information, please contact me.