Good luck amulets to overcome all your failures

There are several signs of bad luck extending for a prolonged period of time. Every person should know what they are to prevent their life from being ruined. It is silly to pretend that there is no such thing as chronic bad luck. It is a disease that needs to be treated. Below are some of the signs of chronic bad luck:

If you show at least two of the signs listed above which describe your thoughts and your feelings quite accurately, you are sick and need one of the good luck amulets, unless you want to deal with its negative effects your whole life.

Bad luck extending for a prolonged period of time is a disease. As any other disease, it has several stages. At first you become unlucky. You make the wrong decisions, choose the wrong career path, and postpone your dreams. The reasons why you do it are irrelevant. What matters is that at first it makes you feel helpless, which is true by the way as all your attempts to change anything prove unsuccessful.

Eventually, you put up with it. You are less eager to fight and you accept the fact that love, adventures, respect and wealth are not going to happen to you any time soon. In the meantime, you should accept it and wait. But I can assure you as a recognized producer of good luck amulets talismans that you not just wait but your let your potential weaken. The strong and talented person you were initially becomes mediocre and almost invisible. Even if you do not see it, the people around you will remind you of it more and more often.

The disrespect your family, friends, coworkers and then even strangers treat you with becomes more and more obvious. It is humiliating and it hurts your feelings. But these are the symptoms of this stage of the disease. To break you down, it does everything it can to make you feel even more insecure, as well as to encourage you to find solace in dreams which are not followed by any actions taken to change something.

Sadly, millions of people live their life like this. Just a small percentage of college graduates become successful. Those who can hardly make both ends meet are surprised when they find out that many top managers, lawyers, and even celebrities consider themselves losers. Well, good luck is measured not by the amount of money you make per month or per year. It is measure by what you want to have and what you actually have. Thus, very few people have more than one tenth of their initial goals achieved and dreams fulfilled. 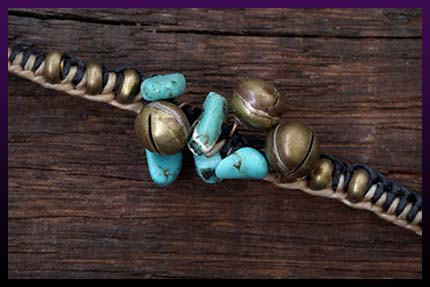 Philosophers suggest lowering your expectations. They have a point, considering that they do not know how good luck charms and amulets work. If you want nothing or want very little, your chance of getting it and becoming happy is quite high. But try to remember what you dreamed of when you were young, the dreams you now consider naïve or unrealistic. In fact, those dreams are your life program which you failed to implement due to your disease of bad luck.

I know you are surprised and might think that I, spellcaster Maxim, am not serious, but I am. I am very serious. The dreams you gave up on could have been a part of your life. Fortunately, you can make them come true regardless of how old you are, where you live, and what you do for a living.

You can take off towards your happiness and good luck at any age. Despite the fact that you have a destiny, any magic practitioner knows that life can be restarted. With a good magic talisman, for example, a Roman amulet for luck, you will find your natural life path. You can also roll back and become younger emotionally, spiritually, and physically. You will not roll back mentally though to be able to start your life over while taking full advantage of the experience and knowledge gained over the years.

I have seen artists who became highly successful at 70 and I have seen workers who started their own businesses at 60 and made millions. I have seen housewives and single mothers who transformed into gorgeous women within a few years after buying a good luck talisman and ended up marrying very rich and successful men. So your present and your past are irrelevant. All you need to do is want to start over, buy one of the good luck amulets talismans, and make up for the happiness, success and good luck you have missed.

Good luck charms and amulets – How they work

Instead of buying finished amulets, contact me or any other experienced and powerful spellcaster and order one. People have different fates and energy structures which need to be taken into account when an amulet is produced, along with the goals you want to achieve.

There are simple amulets. They allow one to become successful in specific areas, improve sales or attract new clients. There are amulets designed to help one find love or marry for convenience. There are special good luck charms and amulets intended for gamblers, collectors, travelers and scientists. There are good luck amulets for students to get good grades (the amulets ensure that the student is asked only the questions they are prepared for).

There are amulets that can change your life on a global level. They can help you find a better job, start your own successful business, end an unhappy marriage, and find true love. As I have already said, a Roman amulet for luck or a similar amulet made by me can make any dream you have come true. This applies to your old dreams and new ones. Also, it applies to the dreams you will have when you see that the talisman actually works and start dreaming big.

A Roman amulet for luck – Clarification 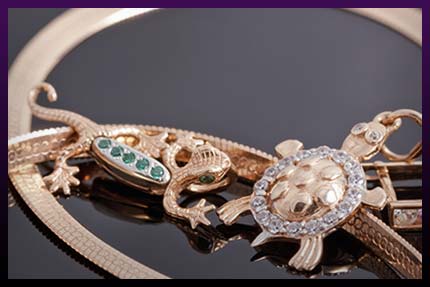 In this article I have mentioned a Roman amulet for luck several times which has been growing in popularity lately and I did it for a reason. I have been receiving multiple letters about this talisman, so I would like to tell you about it. Such talismans are found during excavations throughout Europe. They are made of gold or silver, and apart from their magical value, they have a high historic and artistic value, which is why multiple articles about them can be found in print and online media. This is why Roman amulets are well known throughout the world.

As a result, a lot of people decided they wanted to buy such an amulet. Usually, I try to convince them not to. Even though amulets generally work according to the programs implemented into them by their producers, most rituals are performed with the help of Higher Powers which were once known as “Gods”.

These forces never stay in the same place for a long time – they keep moving. Also, they get older and “retire”. As a result, magic practitioners work with the forces which are currently the easiest to access and work with. Ancient Roman gods are not among them. Therefore, spellcasters cannot reach out to these gods and ask them to activate the Roman amulets and talismans and fill them with magic.

But do not worry. There are hundreds of other good luck amulets and talismans which can help you with minor or major problems. The shape and name of the amulet does not matter. The amulet is effective due to its internal energy essence which should be chosen for you, along with the amulet itself, by your spellcaster.

The purpose of this article was to introduce people who are not familiar with magic to amulets of luck, and in my opinion I have done a good job. But believe me that I, spellcaster Maxim, am not leaving you here. Check out my website and you will find many other articles written by me describing good luck charms and talismans from different perspectives. Read them and find out what effects amulets have on your fate, karma, way of thinking, courage, performance, and talents. You will also understand that good luck amulets are a very convenient and proven way to get what you are used to believe to be “dreams which will never come true”.

As an example, I am excited to present to you a video. In this video you will find out how to use amulets when in important meetings.