Magical amulets are objects with magical powers that can help their owners. The first record of an amulet is found in a popular book written by a Roman scientist who says that amulets protect people from troubles and dark forces. There’s no information on what was happening to the amulets before the appearance of written language.


What we know is that in Egypt, priests wore wear magical amulets which were shaped as frogs – fertility, long life; eye-shaped amulets improved their owner’s health; scarab-shaped amulets symbolized resurrection. In countries like Mesopotamia, amulets were hanged on houses to protect families from enemies and troubles. 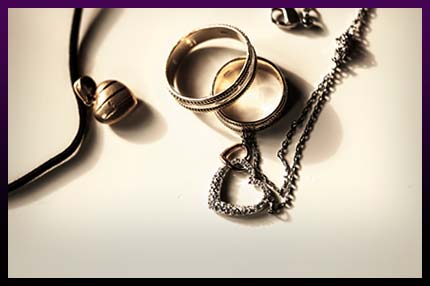 Ancient Jews feared evil eye curses most, so they wore amulets protecting them from evil eye curses and hexes. Arabs picked the ashes of the deceases as a sign of protection of the ancestors. Romans wore small bags on a lace with plates and different substances. Northern people, including the Slavs, wore small bags with pictograms. For Japanese and Chinese people, amulets were hieroglyphs written on a piece of paper. Silver rings, earrings and pendants are considered amulets in many counties.

Christian people liked wearing amulets in the 4th century. People wearing a cross believe that God protects and helps them. Icons worn on a neck or ashes of a saint can be considered amulets as well. Magical amulets may look different, but have the same purpose. They help people solve money-, love-, work-related problems, as well as talk with the deceased.


People also believe that certain stones, herbs or sand have magical properties. Roman scientists divide all amulets into amulets protecting from troubles, healing amulets and amulets working as medicines. As a rule, amulets are worn on one’s neck or wrist. There are amulets which should be hanged on house walls. Amulets can be natural and man-made. It takes a magician a lot of time to make an amulet, as certain rituals have to be performed.

There are several types of amulets:

- magical amulets – a material object with a combination of magical powers;

- object amulets – used according to their own magical powers, amulets which powers depend on their shape.

For example, ritual rods and pyramids and amulets depicting saints. One should keep it in mind while making amulets. Incorrect combination of the form and purpose may reduce their magical power up to zero.