Homepage Articles Magic Indian Magic
By: Spellcaster Maxim
Esoteric, astrologer, writer
There are few peoples in the world which preserved their traditions and have been living according to them for centuries.

One of the countries where old traditions are venerated is India.

Astrology and Magic in India 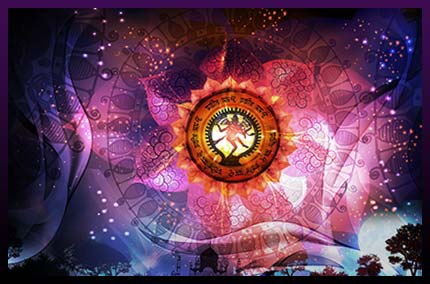 For local people, Indian magic and astrology are classed with such disciplines as mathematics, medicine, physics, etc. The majority of its population, including high-ranking officials, uses astrology to determine the best time to make a deal, lay the foundation for a future house or a relationship. Astrologists are asked to set a date for a couple to get married.

Starting on a trip, Indians choose the right days: for a woman, starting off on Friday means bringing the trouble upon herself (it will happen in a day, maybe a month, or even a year). So another rule for Indians to stick to while traveling is: one shouldn’t go east on Saturday and Monday, north on Tuesday and Wednesday, and south on Sunday and Thursday.


Apart from magic, Indians believe in body signs and omens. In the book called Samudrika Lakshanam, a person can find out what his body has to say about his future. So, for example, a mole on the left part of the man’s body indicates future prosperity; if the left breast of the woman is higher than the right one, her first child will be a boy, and vice versa. Sattis are experts in body signs who consult on the choice of a partner, childbirth. Astrologists are popular in large cities, while sattis can mostly be found in small villages.

Indians don’t believe in Satan, so they often try to change their future with the help of sorcerers. Sorcerers can do both good and harm to people. Indian magic doesn’t distinguish white and black magic. Sorcerers practicing black magic aren’t considered evildoers, but people fear and dislike them. Higher powers guide sorcerers, and in the end the law of karma will judge them. Vedic traditions are a foundation of rituals, priests and sorcerers; although priests are the servants of gods, and only a specialist can distinguish rituals. There are sorcerers in every Indian village, they live among regular people. Each person can become a sorcerer after proper training.

It is an honor to win recognition on one’s own, without inheriting the knowledge of Indian magic. Sorcerers cognize shakti, the energy of self-sacrifice a deity grants to a guru, or rituals. Indian sorcerers apply to different deities, such as pure Vishnu and Shiva, and non-pure Madan, Yama, Kali. They can also summon up evil spirits and demons. They bear their karma and eventually can acquire positive qualities and have a rebirth.

All rituals require spells to be said and gestures called mudras. Sorcerers create diagrams called yantras or chakras shaped as a geometric figure. The energy of a sorcerer is used to create yantras on the sand or paper. Mantras are a combination of syllables, gods’ names, words. Each god has his own mantras. This is how the mantras of Shiva followers are pronounced, “namashivaja,” for Vishnu followers it’s “vishnavenama” and so on. These spells are rather complex and it takes time to learn them, but there is a great demand for such experts in India.