Homepage Articles Magic Spider Magic
By: Spellcaster Maxim
Esoteric, astrologer, writer
One way or another, spiders are associated with fears and phobias. Well-known esoteric spell caster Maxim disproves these stereotypes. According to Maxim, in the past, spiders were believed to have positive qualities. A spider is an ancient symbol. Spinning a web means creation. 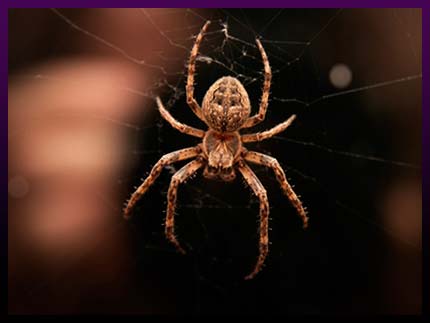 A spider symbolized happiness in Ancient Egypt and antique Rome. It was a holder of the threads of life for the Celts, while for the Hindus a spider was a creator and spinner of the laws and phenomena, and its web was the first substance in the Universe. Christianity associated spiders with insidiousness and cruelty, while its sticky web symbolized a trap set by the devil.

According to a more primitive interpretation, spiders are mean people sucking the blood of their victims until the last drop. The spider’s negative image is also associated with magicians. However, in classical magic talismans and amulets are often shaped as a spider. There are a number of effective rituals and omens connected with this symbol.

People used to believe that tarantula stings were able to cause a horrible disease they called “tarantism” or simply insanity, and dancing tarantella was the only way to cure it. After a while, tarantella became a traditional dance of southern Italy. In fortune telling magic, a spider is a helper. Make a wish and come up to a spider sitting on its web in a park, forest or house. If the spider rushes down, your wish will come true. If it goes up, it won’t.


A Spider as an Amulet


In magic medicine, a spider can protect one from illnesses and evil curses. North American Indians used to hang a spider-shaped amulet over a cradle when the baby was sleeping. Many folk texts on magic compare the web with a saving string that connects the sky and the earth, while the spider’s ability to move in all directions symbolizes dexterity, ingenuity and fulfillment of wishes. A spider-shaped talisman brings luck, including in love affairs (attracts one’s beloved one).

A spell from spell caster Maxim:

The Web of Love

An old-Russian ritual and spell for a woman wanting to prevent her husband from having an affair with another woman:

Go to a forest, find and collect a spider’s web spun on the tree. Boil it in some water, then pour the water out and throw the web away.

The water is put a spell over and added into the husband’s tea.

The spell: A spider lives in the forest, weaves a web, weaves nets, nets for God’s servant (husband’s name). Let the web turn into a net, so (husband’s name) won’t cheat with neither girls, nor women, day or night. As a spider stays on its web waiting for its prey, so stays my (husband’s name) at home missing (name), admiring (name). My words are as strong and sticky as a web!

A Cabbalistic ritual from spell caster Maxim to make your wish come true:

To carry out the following black magic ritual, you will have to sacrifice one spider.

Catch a spider and put it into an empty nutshell (you can fasten two walnut halves together, glue them together or tie them with a thread). Repeat the spell three times and dig the nutshell into the ground.

Isaid and Rahha! The black candle is burning, the spider in the grave is laying,

In the name of the act of mine – I bury this body. I want (wish)

Seeing a spider in the morning – things to take care of, complexities

Seeing a spider in the evening – letter, news, present, surprise

Seeing a spider running down the wall – good sign

A spider on a piece of clothing – money

Finding a web on a door jamb - guests

A spider in a purse (as a talisman) – attracts money