Homepage Articles Magic WATER MAGIC
By: Spellcaster Maxim
Esoteric, astrologer, writer
All people are subject to water magic. Water has been a long mystery to the humanity and there are still certain questions regarding water and its properties answers to which haven’t been found yet.

Watching water relieves stress and relaxes people. Why? No scientific research ever discovered substances which could produce such effect. Despite this, scientists believe water is capable to communicate certain information without distorting it. These qualities are widely used for healing purposes where water magic is often applied to. Girls use water magic for rejuvenation. In the first place, it is necessary to pure the water structure. Such spells make the body younger and improve complexion. If you charge water with moonlight, the effect will last longer. 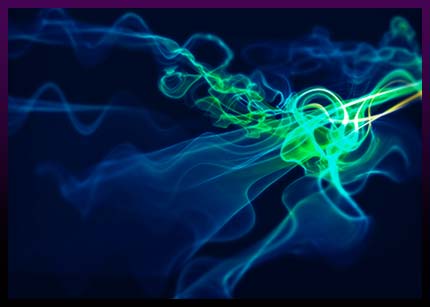 Water magic has two important dates: January 19th and July 7th. January 19th, Epiphany, people plunge into ice-holes to remove hexes and cure illnesses. On this day, one should go to the baths and take some water. It is believed that water is holy that night and won’t get spoilt for long, because magic occurs. July 7th, Kupala Night, unmarried girls make wreaths of flowers and float them. The owner of the wreath that finds a match will find a boyfriend soon.

People should drink water frequently. A few sips are enough. As people are about 80% water, 2 liters of water is a vital necessity. Water can clean not only physical dirt, but also energy dirt. Like fire, water can be different. It can be in a gaseous, solid and liquid state. Water is a symbol and source of life. It is the most productive of all the elements.

If you need to clean an object off some negative energy, put it into the water and keep it there for three days. Water changes every day. The results won’t keep you waiting. An object can be also cleaned with running water spending only one hour. To remove negative energy, a person has to take a contrast shower: cold-hot-cold. A bath would be nice, too. Imagine how all the negative energy leaves your body together with water. For better results, use sea salt which can absorb negative energy.

Water can protect people. If you feel blue, take a shower or a bath. Swimming in the river, don’t spit into it as the water can pay you back with illnesses. Water can understand speech. So don’t curse it, whatever happens. Or it will punish you. This is how water magic materializes.

If you had a bad dream, put your hands under a running water jet and tell your dream. The water will take all the negative energy and you’ll feel better. If you have relationship problems with your lover, go to a river (lake, pond, sea) together. Make peace there and everything bad will go away. If you truly love someone but your love is unrequited, put a spell on water. While pronouncing the magical words, make sure your breathing makes the water vibrate. Then give this water to the person you love. It will communicate all your feelings to him.