While re-reading some of your letters, I realized once again that many people consider a love spell to be a kind of order given to Higher Powers, and upon receiving this order, Higher Powers are obliged to ensure that whoever you point at falls in love with you; while people using the services of a spellcaster are like buyers at a grocery store expected to do just two things – put what they want to buy into their shopping basket and pay for it at the checkout counter.

Technically, they are right. This is what happens when you come to a powerful spellcaster. You get an opportunity to have any wish of yours fulfilled and your life changed. Yet, this does not mean you are not going to have to participate in the ritual. Even though in most cases your direct participation is not required, the spellcaster is likely to need to work not only with your beloved’s but also with your chakras.

For instance, a regular love spell seems to be something common and even simple 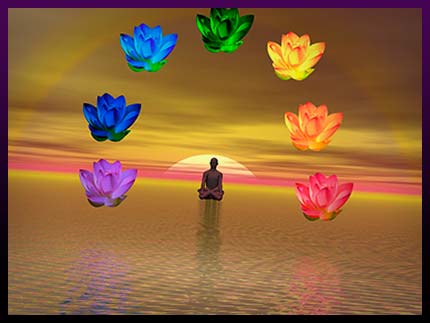 You think it programs its target to fall in love with someone. The truth is a love spell is a very complex ritual designed to influence and change the energies of two people, those participating in the ritual. This is what it takes for a love spell to produce the desired effect.

Different love spells are described in the love spell section http://spellshelp.com/Spellsbook/love_spells.php where you can find some interesting and important details about magic, your actions after your love spell is cast, as well as what kind of people can and cannot be influenced  with a love spell. Today I would like to talk to you about the difference between love spells cast on different chakras. As you know, people have seven chakras, each one controlling a specific aspect of our life.

Why? I will explain it to you at the end of this article. In the meantime, let us analyze what happens when a love spell is cast on just one chakra. This will help you understand what exactly will keep you and your beloved together and what kind of relationship you can expect if you use magic.

A love spell is cast on the first chakra – It ties your beloved to a specific place or lifestyle. For example, it can be used if your beloved does not want to live in the country (or on a farm) with you but dreams of moving to a big city, the kind of lifestyle you hate. That way, a love spell cast on the first chakra ensures that your partner feels happy only by living in the country and being in nature a lot, and finds a big city life pointless, tiresome and exhausting.

This love spell is good for people with low IQs or couples who have absolutely nothing in common. With this love spell, sex is the one thing keeping you together despite the fact that you and your partner have completely different beliefs, views and habits. 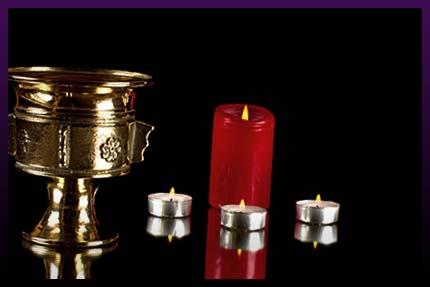 A love spell cast on the fourth chakra – This love spell is perfect for romantic individuals as it creates romantic relationships. With this love spell, people enjoy being together, taking care of each other, giving presents to each other, and showing their love to each other. I would like to point out that this is the most reliable love spell. If you fall out of love with your partner, after a while your partner will fall out of love with you, too. To stay alive, this type of love spell needs the energy of the fourth charka, that is the energy of love.

A love spell cast on the fifth chakra – Such love spells are normally used by people with a good intuition or people focused on self-improvement. With their fifth chakra, they attract like-minded people with whom they have a lot in common and share the same goals and values. However, this love spell is used quite rarely because a lot of people today have reached a level of existence when they can use only three upper chakras, the fifth, the sixth and the seventh chakra.

A love spell cast on the sixth chakra – This love spell is used to create a union of two smart people who value intelligence over everything else. If your sixth chakra is underdeveloped and you do not use its energy, the ritual cannot be performed. If you break this rule and perform the ritual, your beloved may end up in a psychiatric hospital or develop some serious brain disease and, for instance, have a stroke.

A love spell cast on the seventh chakra – It is one of the most rarely used love spells. It unites people who have reached the highest level of self-awareness. However, those who have managed to open their seventh chakra letting the energies from the highest worlds inside, barely need the services of a spellcaster because they themselves possess magic powers. Besides, it is believed that these people are guarded by Higher Powers and therefore are very difficult to influence with a love spell.

As I said, a real spellcaster never casts a love spell on just one chakra

The more chakras are influenced by the love spell, the stronger the feelings are. Thus, a spellcaster can unite two people making them not just perfect lovers (by influencing their second charka) but also ensuring they pursue the same goals, think alike, and have similar values and beliefs. Since as many as seven chakras are involved, the relationships vary, so each customer gets to choose what kind of relationship they want.

You need to remember that no matter what you choose, your spellcaster will influence not only your beloved’s but also your chakras. Here is a simple example: you want to have a love spell cast on someone’s third chakra, the chakra of strength, calmness, and confidence. In this case the spellcaster has to ensure the energy you generate is enough for both you and your beloved. That way, your beloved will feel safe and secure next to you. Your energies will be your partner’s guarantee that nothing bad is going to happen as long as you are together. Thus, this person will do everything to prevent you from wanting to split up.

Do not hesitate to call or email me any time, no matter how complex you think it is going to be to put a love spell on your beloved and how long you want your future relationship to last.