On the Use of Money and Luck Spells to Influence Egregors

Homepage Practical magic On the Use of Money and Luck Spells to Influence Egregors
04.10.2016
By: Spellcaster Maxim
Esoteric, astrologer, writer

Let me begin this article about money and luck spells with citing one of the letters recently received from my readers. I have obtained the author’s permission to cite his letter on condition that I will not disclose his name and address. Below are some fragments of that letter.

“I highly doubt that my story is anything like that of the people who’ve used spells for luck and money. Yet, there was nothing unusual in how it all started.

One day I googled ‘spell for luck and money’ 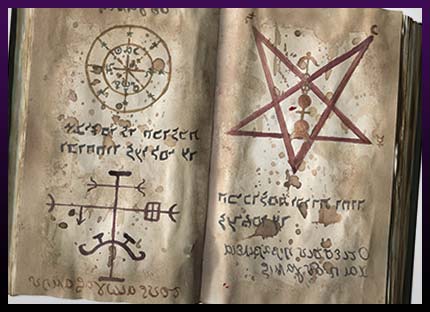 Having studied about 20 websites, I selected one that I believed was the most trustworthy and professional. It belonged to some North American witch. I emailed her asking to enhance such aspects of my life as luck and money. In other words, I asked her to make me luckier and help me earn more.

She replied right away saying she could help me. She also said she would enhance two other aspects of my choice if I paid her an extra 50% of the order amount.  I chose health and attractiveness. I wired the money and then the witch asked me to send her the following things:


I did everything she asked me to. Three weeks later, I got a parcel and a letter. The witch said she’d performed all the required rituals meaning I was going to see the first results of her work very soon. The parcel contained an amulet that I was to wear. I was allowed to take it off only before going to bed. I was to keep the amulet on my bedroom table at night. Otherwise, the money and luck spells might fail to work.

When I put on that amulet, I felt a burst of energy. Yet, it was short. After a while I felt like I’d just finished a marathon. I was tired and sleepy. I assumed that was the way spells for luck and money, as well as attractiveness and health spells, worked.  I fell asleep and woke up the next morning.

I’ve been sleepy ever since. I’m always tired. I thought I was sick but the doctors didn’t find anything that could cause my sleepiness. As for the results of that spell for luck and money the witch said she’d performed, I can’t say there have been any. Every day I feel a short burst of energy and I have a bunch of plans I want to implement, yet I’m too tired for it. My life is pretty much the same as it’s always been, except for those short energy bursts.

I’ve heard a lot about you and I know you are a very respected spellcaster. I want to ask you a question. Did the witch lie to me or did I break some rules preventing the luck and money spell from helping me?”

I believe the witch did perform some money and luck spells and whatever else you paid her for. She might have even performed them correctly. Also, I believe she may have made an amulet for you charging it with some spells for luck and money and probably other spells. However, even though she wanted to help you, she still lied to you (not purposely). Why? The reason is very common and I have talked about it in many of my articles that you can find on my website.

Each aspect of our life is controlled by an egregor and each egregor needs to be influenced by a separate spell. This is how magic works. Speaking of your case, the egregors, influenced by just one spell, have been clashing with one another, so it is no surprise that nothing good came out of it.

Your good luck egregor steps in when you are making a choice or meeting new people (by attracting those who can help or benefit you in some way).

Your attractiveness egregor influences the opposite sex, preferably when you are not at work.

Another egregor, activated by the witch’s spell for luck and money, helps you make the right money choices, improving your professionalism, creativity, logic, etc. This is your money egregor.

Your health egregor is to motivate and encourage you to eat healthy, go to the gym and lead a healthy lifestyle. Even though this is directly related to your dream to get good luck and money, this egregor should act independently of the egregors influenced by those money and luck spells.

Breaking this rule is like trying to eat your weekly food intake in one meal, hoping you will not have to have lunch and dinner for the next seven days; or it is like an iron pumper trying to lift the weight he normally lifts in one workout. The point is this will give you nothing but a food coma or muscle strain and back pain.

When 4, 3 or even 2 egregors influence you simultaneously, you get their energies at the same time. However, this is against the rules of our world. As a result, your energy bursts are followed by exhaustion – the egregors or Higher Powers are taking your energy away to restore balance in your subtle bodies along with the energy you need to implement your plans and simply make it through the day.

The consequences of being influenced by several egregors at the same time may be much worse than that. I do not want to tell you about it because I am sure you understand now that it is very dangerous to use spells for luck and money simultaneously, or any other types of spells. You are sure to hurt yourself by doing that.

In addition, one should never use the same ritual for such seemingly similar egregors as the egregors of luck and money. They appear to be working in the same manner, making people smarter and more careful, improving their intuition and ability to make friends with the right people and avoid those who can get them in trouble. However, spells for luck and money are cast to achieve different goals. Thus, one attracts money, while the other attracts good luck, and money and luck are two different things. For example, one can have a lot of money but be unlucky in love; or you can be lucky to have a lot of good friends but stay poor.

Therefore, when I am asked to perform a spell for luck and money, my reply is always the same: these are going to be two different rituals, a good luck ritual and a money ritual. This also applies to amulets charged with money and luck spells – my customers get two amulets instead of one.

A customer gets one amulet and one ritual only they mean “wealth” by ordering a spell for luck and money. Otherwise, money and luck spells are cast separately, because they are two different rituals and each one has to be prepared for, performed and paid for separately.

For example, money may come to you in different ways – it can be inherited, received as a gift or a grant, or you can earn your money by starting a successful business, selling your works of art, property, shares, etc. So before ordering a ritual, think in what way you want money to come to you. The same is true for good luck. It is not enough to write your spellcaster that you want him to cast a spell for luck and money for you. To take full advantage of the services provided to you by your spellcaster, specify the type of luck you expect – employment, love, gambling luck, etc. Every type of luck is also controlled by a separate egregor.

The point is those promising to help you attract luck and money with one ritual are liars. It is impossible, no matter how powerful the spellcaster or the witch is.