“I want to put one of the voodoo marriage spells on my boyfriend. It’s so romantic when a family is created with the help of magic… ”

When you consider creating a family with magic, focus not on how romantic or exotic it will be but on the possible consequences. Voodoo magic spells are considered a very powerful magic tool and their consequences are hard to predict – they have different effects on different people.

I often compare visiting a magic practitioner to visiting a doctor. Both are dealing with people’s fates, salvation, the right to be happy. Today I want to use this comparison, too. Like a doctor, a true spellcaster prescribes different medicines to different people. One and the same surgery can save one patient but kill another. One and the same voodoo spell can make one client happy, but ruin the life of another one. 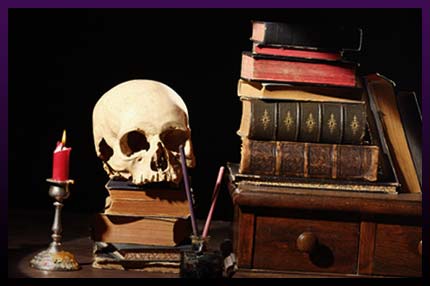 You want to put a voodoo love spell on your boyfriend, but you did not even bother to find out what effect magic would have on him and whether or not it was safe at all. You like voodoo, but you do not worry about the consequences.

I am very good at voodoo magic and I can cast all of its spells, however I always take my time when it comes to voodoo magic. First and foremost, there are plenty of rituals belonging to other branches of magic which are as effective but less dangerous. Secondly, you cannot know whether or not you can cast voodoo magic spells on a person without a prior magic examination.

“I want to put a love spell on a woman I’ve been in love with for several years, but there’s a problem. She’s successful and I’m not. She’s rich and she has a successful business, while I’m just a blue collar. She’s a strong person, much stronger than I am. We’re different. However, your website gives me hope. According to you, social and other differences are not a problem to love spells. I’ve read plenty of your articles but I still don’t know which love spell I need. Could you help me choose one?”

It’s good you’re asking for my advice. Unfortunately, a lot of people come to me after the decision has been made, but it is wrong. I have to change their mind and offer them other options, explaining why they are better. Some people agree with me but some are too stubborn. They find other sorcerers and witches who agree to perform the ritual they want. Eventually, they regret it.

Thus, misused voodoo marriage spells can turn people into slaves and it applies not only to their relationships (they are not only forced to marry someone they should not). In fact, the consequences are much worse:

One – you break this person’s fate. He/she was not destined to be your spouse but he/she is, meaning their life is going to be completely different from the one destined to them.

Two – by turning this person into your slave, you take away his/her opportunity to build a great career and become successful.

Three – this person was supposed to become a parent to a specific baby but you took this opportunity away, too.

As a result, you ruin another person’s life – a crime Higher Powers never forgive. You will be punished for it one way or another. 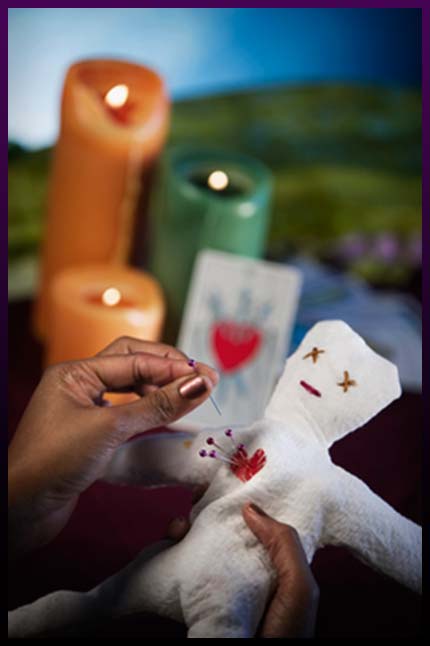 “In your articles you often say people should be careful with magic, especially with voodoo marriage spells. I don’t understand why. Any ritual is magic. Why are some of them more dangerous than others?”

Before you say “I want to use a ritual”, think about the person who is going to help you. Magic does not happen on its own. It is not a program which starts working as soon as it is installed.

When you come to a spellcaster, you select an intermediate between yourself and some otherworldly forces. The spellcaster makes contract with these forces and they, following the spellcaster’s request or order, make the target fall in love with you or want to marry you (since we are talking about love magic). Thus, European white magic engages light forces known as angels, while black magic engages demons. Druid magic works only if the spellcaster has managed to win favor with the Scandinavian gods. Similarly, voodoo magic will work only if the magic practitioner is supported by African or Haitian spirits and gods.

In the other world, there is more than just your energy. Its inhabitants, like us, humans, exist due to certain energies. In simple terms, voodoo gods feed on dark energies and influence people accordingly. If the target is a voodoo adept too, he or she can be influenced with voodoo marriage spells in a safe manner. But if the target is guarded by some angels, they will do everything they can to prevent the spell from influencing the target. At the same time, the angels will not mind some European white magic spell influencing their protégé.

So it is important that the ritual selected is right for each specific person.

“If voodoo magic is so dangerous, why do people use it?”

Voodoo magic is used in two cases: when people do not know about its dangers, and when they have no other choice. I have already told you about the first one, so let us talk about the second.

It is like a doctor informing you that you need a dangerous surgery, and it is the only way for you to stay alive. It is up to you to agree or to refuse this surgery. A major advantage of working with a professional spellcaster like me is that the spellcaster minimizes the risks. Normally, I do my best to talk my clients out of using voodoo magic. However, if I see nothing else can help the client, I agree to perform the voodoo ritual. Such rituals require thorough preparation. Perhaps, it will last more than a month. That way, the possibility of negative consequences will be eliminated. Otherwise, I will try to find and offer you some other options.

As far as I understand, you have a question to ask. You want to know if voodoo marriage spells will help personally you. For an answer, please watch the video below listing 9 signs indicating voodoo magic is not for you.